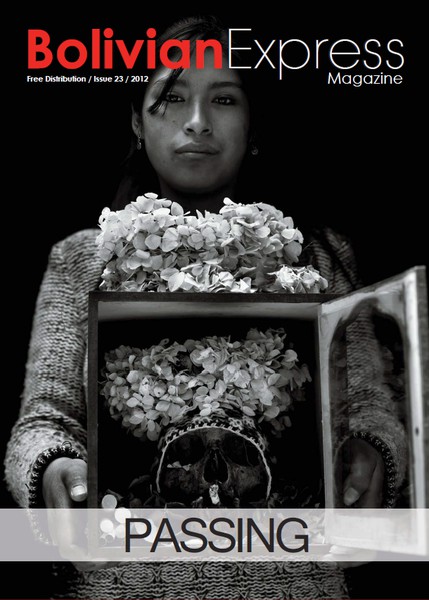 Some of my first memories about death involve listening to the haunting sounds of a march booming out from some unknown location in my old neighbourhood of Tacagua. I was too young to have experienced a major death in my immediate family; maybe just fortunate enough. In any case, it was soon clear that someone in the audible vicinity had died, or so I was told by my cousin. During the years I lived in that house I heard those harrowing melodies several times, without ever knowing what they were called or why they had to be played for 14 continuous hours; the first thing you listened to when waking up, and the last one you heard before going to sleep - sometimes over two consecutive days. I discovered that, somewhat like the Bethlehem star, or more precisely like the legendary tune played by Hamelin’s pied piper, this was a musical map. One only had to follow the melody to reach the site of an open-door wake. The songs functioned not only as an announcement, but as an open invitation for neighbours to come and pay their condolences.

By pure chance, 20 years later I learned that these songs belong to a genre called Bolero de Caballeria, which originated in Bolivia in the 1930s during the Chaco War against Paraguay. Jenny Cardenas, an expert on the boleros and their history, told me that while they are currently associated with wakes and death, boleros have a much larger and richer history.

‘The bolero today effectively accompanies funerary rites of indigenous and popular sections of society. It is predominantly played in the marginal neighbourhoods of urban areas’. Cárdenas explains how it has both a functional role in announcing a death, as well as a traditional role which glorifies the deceased, as these are songs that were played to send-off and welcome the soldiers who fought in the Chaco War. ‘The bolero implies that the person who died sacrificed themselves in some way; we can think of this person as a hero. The dead are thus sacralised, sanctified’. Yet the implied sacrifice is not only linked to this war, ‘but to social protests and struggles against oppressive regimes, and honours miners, teachers, and unionised workers alike’.

While boleros are traditionally played at wakes, visiting the General Cemetery gives us a wider understanding of the music played for the dead throughout the year. Serafín Calisaya is one of the eight guitarists who work at the cemetery all year round, singing and playing for the 15-17 funerals which take place there every day, generally accompanying the family during the journey the coffin makes from chapel to grave. He tells me that him and his colleagues are most in demand by gente popular: ‘gente jailona don’t tend to hire us. They just walk on in silence’ (for more generalisations on jailones, many true, some possibly unfair, see p.8) .

Playing a selection of huayños, boleros, and rancheras, their repertoire caters for most requests from dolientes. Serafín tells me how making a living in this way has affected him spiritually. ‘I no longer have a father or a mother, so sometimes when people ask me to pray for their parents I also remember mine so I start to cry. But in order to cope I need to play different music on the weekends- happy melodies’. A slightly more upbeat guitarist called Fabian Luizaga tells me ‘one time someone came up to me during a funeral and told me: “the son of the deceased hasn’t cried a single time since the wake, can you play a song that will get to him?” So I went and played a song by Sandro called ‘My Poor Dear Mother’ [in which the songwriter remembers the times he found his mother in a corner crying, sad, and dejected] - it was pretty effective’. Fabian confesses that he likes to see people letting it all out: ‘when i see mourners crying it makes me play more passionately to reach their souls through music. It’s bad for these feelings to remain bottled up’.

The traditional activities around Todos Santos (All Saints day) provide a unique insight into the relation between music and death in La Paz and the Bolivian highlands. Todos Santos takes place on the 2nd of November of every year, though associated activities begin up to a week earlier with the baking of t’antawawas, and end a week later with the Fiesta de las Ñatitas. These festivities are focused on the souls who have recently passed away and who have yet to arrive or become fully ‘socialised’ into the land of the dead, alma llajta. On the main day of Todos Santos the cemetery is swarmed, not only with mourners, but with people -predominantly from rural areas- who have come to offer prayers and music in exchange for bread, fruit, sweets, and occasionally some Bolivianos.

Melancholy melodies and wailing prayers from pururas dominate the soundscape. As the ethnomusicologist Henry Stobart points out, the arrival of the souls of the dead in this region is closely identified with the sounds of huayño music, ‘which the souls are said to constantly sing, play and dance to in alma llajta, “land of the souls”’ (see p.24 for more on the metaphysics of death in the Bolivian highlands). Ceremonially, in this season huayño music is played using alma pinkillos, andean flutes made out of a bamboo tube with a knot in the middle of the instrument. The hoarse and weeping sounds that come out of these flutes are unmistakably linked to some of the deepest human sentiments, from loss and grief to romantic passion and longing.

Yet these are not the only songs played on these days. Yaravis (a genre which comes from the Incan ‘harawi’ rhythm), tristes (a creole genre with roots in pre-hispanic funerary rites) and pasacalles (a musical form originating in 17th Century Spain), are also audible in the background. It is precisely these melodies which Cárdenas argues came together in the 1930s, and which, combined with the Spanish boleros, amalgamated to form the boleros de caballería mentioned earlier. This musical melting pot continues bubbling away on Todos Santos; a prime example being a very popular local adaptation of Simon and Garfunkel’s ‘Sound of Silence’ called ‘Padre Nuestro’ (Our Father), played at almost every grave.

Yet as soon as we leave the cemetery and head for Chamoco Chico, the mood changes - first subtly, and then rather more dramatically. Apxatas pepper the streets, where families huddled together share bread, food and alcohol (see p.14). The spirit is decidedly festive, though the dark clothes of the luto serve as a reminder that remains an occasion centred around the dead. In contrast with the tearful huayños of the cemetery, upbeat cacharpayas are played, sung and danced to, in a spirit reminiscent of the carnival season. This genre is traditionally played to send off the dead who return to alma llajta on the 2nd of November, after their 24 hour long visit to the living. Appropriately, it is also played to close a variety of celebrations including the carnival itself, ensuring it returns in full force the following year.

A week later we visit the cemetery once more to attend the Fiesta de Las Ñatitas (p. 21). If the festivities in Chamoco Chico had a celebratory feel, this event does exactly what it says on the tin - it’s a full-blown fi esta, a party. Indeed, extravagant prestes are thrown for the forensic skulls around which this festivity is centred. The cemetery brims with brass bands and colourful flowers. Hired musicians are summoned to the cemetery to play a variety of songs, notably morenadas and rancheras, usually associated with neighbourhood parties where dancing and getting drunk are the norm. The party continues away from the cemetery in locales (venues for hire), late into the night.

An eerie childhood memory came to mind during the last of several trips I made with the BX team to the General Cemetery, and it seems befitting to end on this note. While walking through the cemetery’s narrow alleyways shortly after the Christmas season, I remember hearing odd whimpering beeps coming from several graves. After some investigation I learned that people buy musical cards for the deceased, just as they do for the living, placing them in the allocated holes in mausolea along with flowers, cigarettes and miniature coke bottles. These cards play Jingle Bells and Silent Night day and night, until their batteries go. What starts off as a confusion of synthesised christmas jingles, after a few days, with batteries wearing out, aptly becomes a cacophony of dying sounds. Anthropologists and journalists of the future might one day take an interest in these curious evolving traditions; just a thought.

On this slightly kitsch note (a taster of our next number), we are reminded that in contrast to the sombre and austere monochrome palette which dominates this issue, death and its associated rites can be strangely lively and colourful.

As we did in our previous issue on migration, we have prepared a playlist with some of the songs and rhythms mentioned above, which you can access by visiting http://tinyurl.com/BXpassing 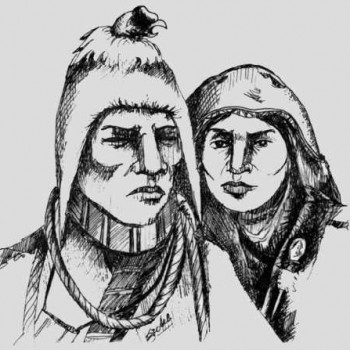 ‘Para morir no se precisa más que estar vivo' 'All it takes to die is being alive' says one of the characters in Borges’ story Man on the Pink Corner. Martha Watmough set out to investigate the deat... 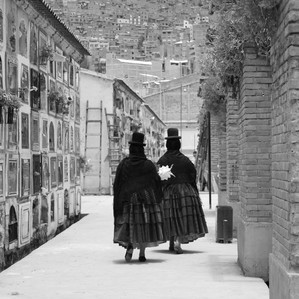 The Journey the Living Must Make for the Dead ‘Okay, so you just stay quiet because we don’t want them to find out you’re a gringo’, my friend ordered me as we walked into the main office of the... 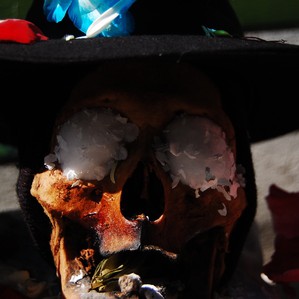 The Living Skulls of the Dead

Imagine being invited to a stranger’s house for the first time. Whatever you may be expecting, whether unfamiliar trinkets or obscure family rituals, the idea of encountering a so-called “skeleton in... 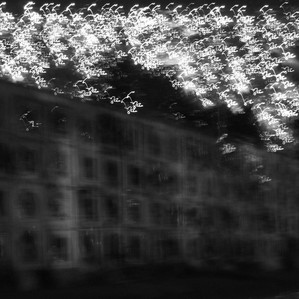 The Journey of the Dead

Conceptions of Death in the Bolivian Andes According to the Aymara conception of the world, life is not a state but a process. Everything that exists – solid or conceptual – has an opposite compa... 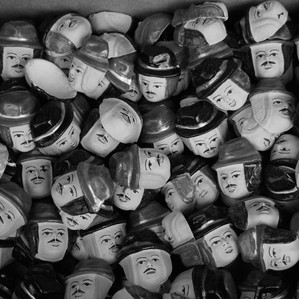 Baking for the Dead

Tantawawitas Todos Santos, a tradition in which the living welcome and share with the dead, has existed in some form or another since the beginning of the Spanish Conquest. The apxata is prepared us... 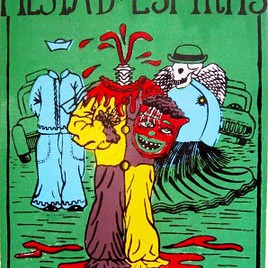 My Facebook newsfeed: awash with Paceña nightclub e-flyers featuring pumpkins, vampire bats and witches on broomsticks. A trip to the local supermarket and a giant skeleton dangles from the entrance a... 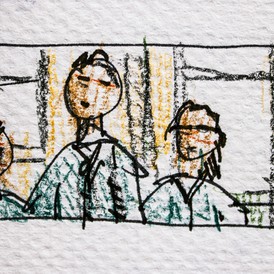 Las Bellas Durmientes (Alma Films, 90 minutes, Bolivia - 2012)The story unfolds in a lawless world which ignores both victims and perpetrators alike. Quispe, a humble member of the special investiga... 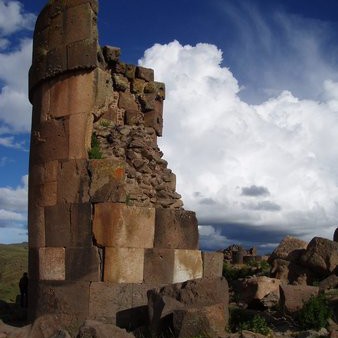 The Forgotten Towers The man presents me with a theory - a theory supported by many historians - that the intriguing funerary towers along which we are standing in an open ravine are, in fact, much... 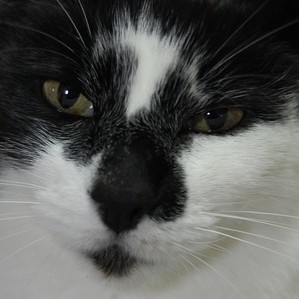 An Obituary Our dear feline friend Kandinsky, known by the hundreds of people who passed through the Bolivian Express flat, passed away on the 9th of October 2012. His human father, Amaru Villanueva... 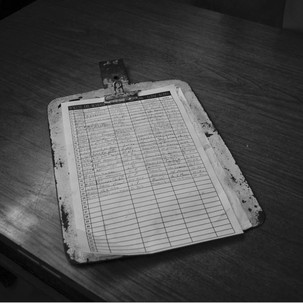 The bodies in the Room When the Red Cross carried out a diagnosis of the Bolivian medical services in early 2011, one of the most distressing issues was the infrastructure of the morgue in La Paz. T... 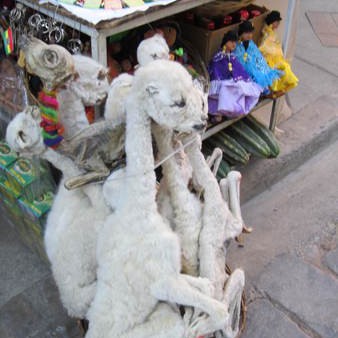 As a newcomer to La Paz, Bolivia, my first tentative explorations of the city took me to the mercado de las brujas, or ‘witches market’, which is where I first encountered a strange phenomenon - llama...