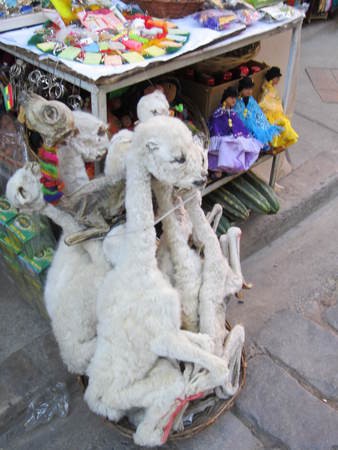 As a newcomer to La Paz, Bolivia, my first tentative explorations of the city took me to the mercado de las brujas, or ‘witches market’, which is where I first encountered a strange phenomenon - llama foetuses. Without prior warning, I assumed that what I was seeing were a strange type of toy llama, or model. I was soon disabused of this notion by an enthusiastic stall holder, who explained the following to me.

Evolution has not been kind to pregnant llamas, it seems. Their bodies constantly abort foetuses throughout the gestation period, being naturally too fragile to handle a large litter. They can even become pregnant as soon as two weeks after a birth. This gives rise to a large supply of naturally aborted llama foetuses, known as sullus, which can be anywhere from a couple of weeks old, resembling tiny dead birds, or just before the birth, which are more or less identical to a newborn llama, fur and all. The foetus’s legs are tied together and it receives a blessing from a yatiri, ready to be sold. 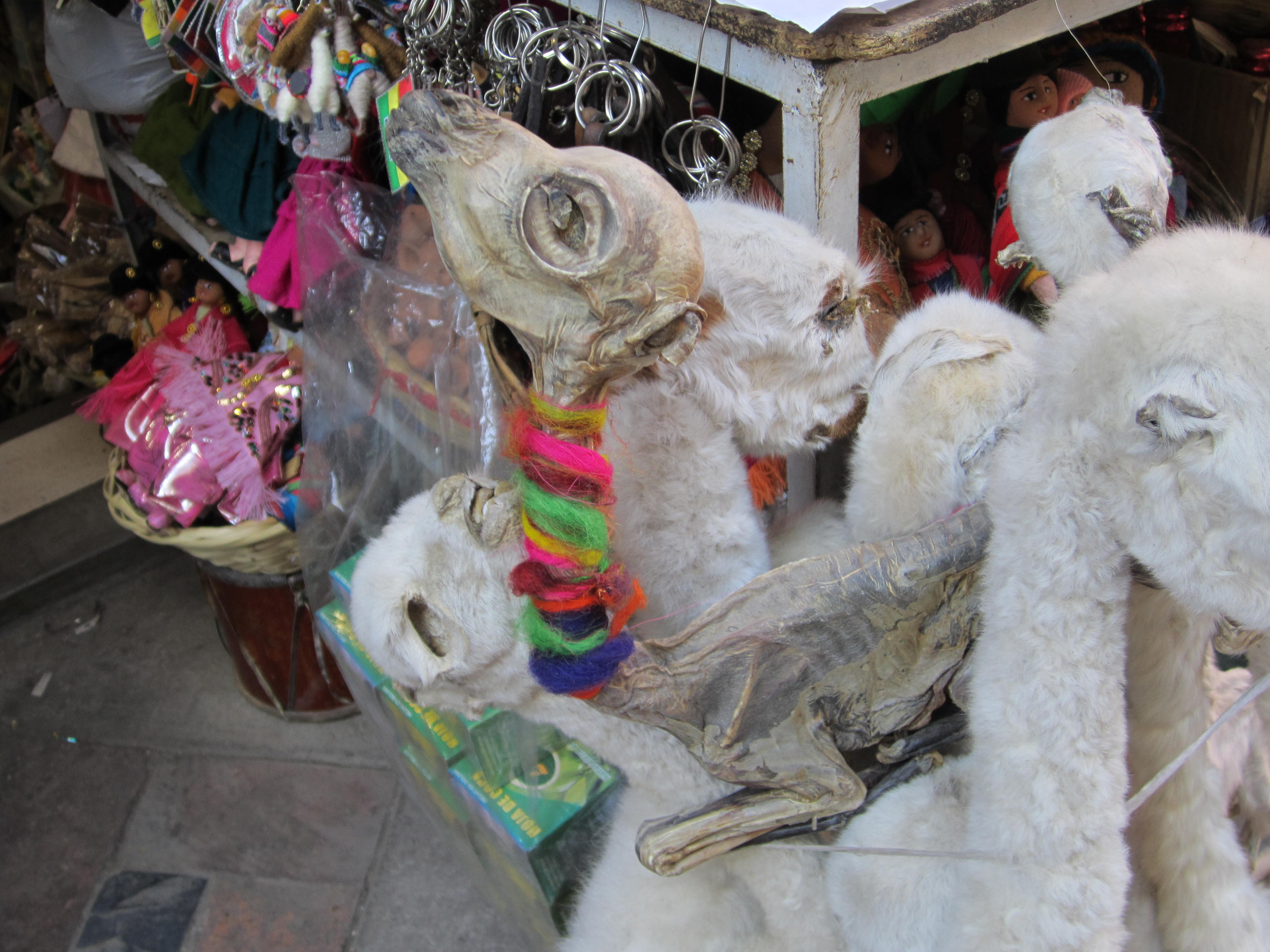 These unfortunate stillborns are nevertheless considered incredibly lucky. They can be burnt as an offering to Pachamama, buried under the foundations of the house, or left by a front door, in the belief that they bring prosperity and health, and keep evil spirits away. I was assured by the shop owner that they would do exactly that, and that I shouldn’t leave without one. 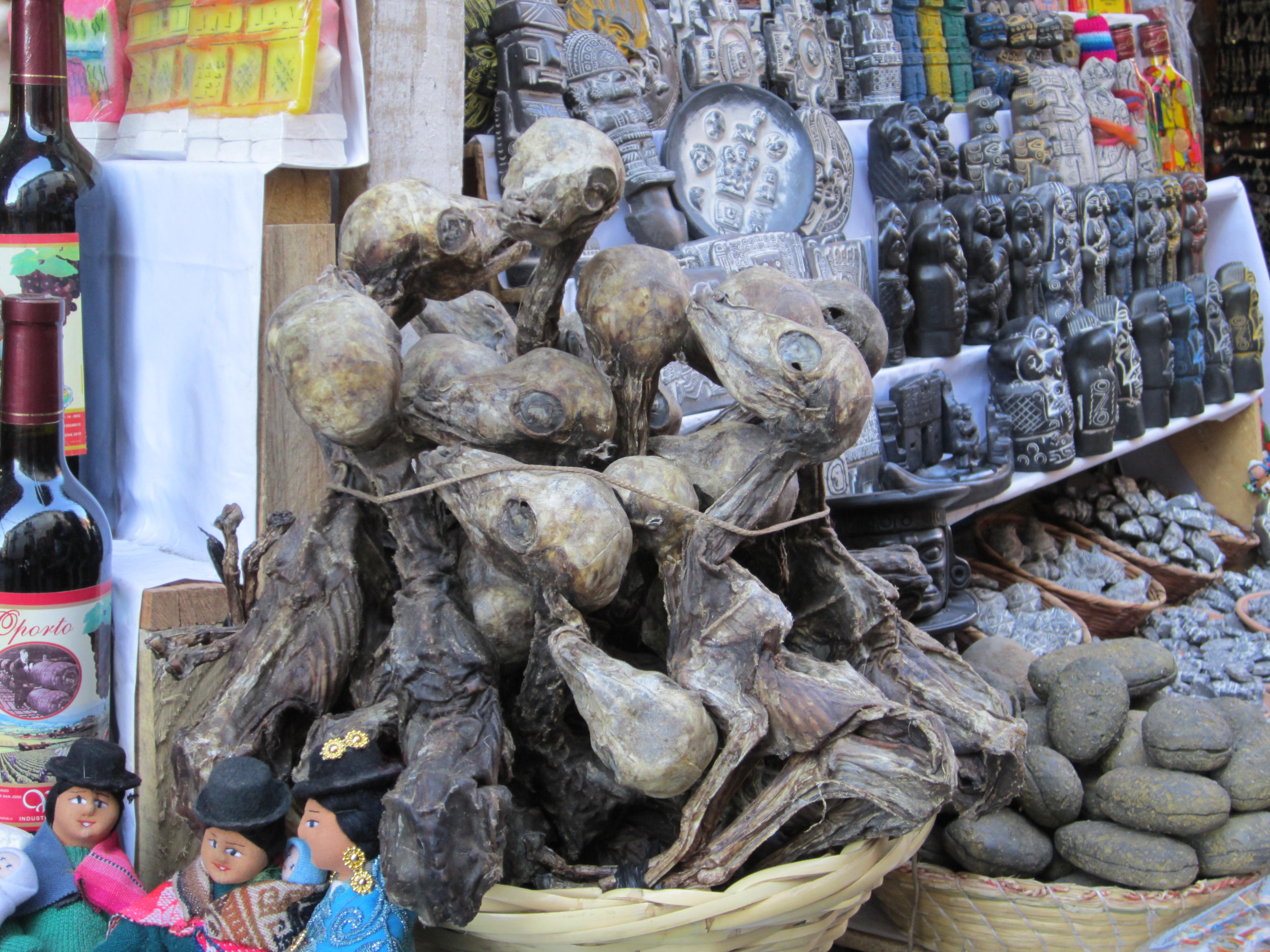