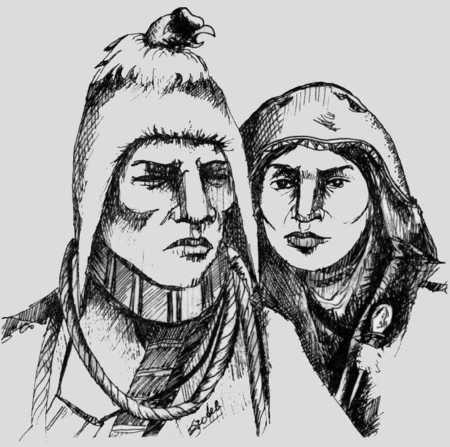 'All it takes to die is being alive' says one of the characters in Borges’ story Man on the Pink Corner. Martha Watmough set out to investigate the deaths of notable Bolivian residents, some of which have almost become as legendary as the lives which led up to them.

Tupac Katari, along with his fearsome wife, Bartolina Sisa, remain to this day among Bolivia’s most influential revolutionaries.

The Aymara leader Katari, was responsible for one of the biggest indigenous uprisings against the Spanish Empire in the early 1780s. In 1781, after rounding up an army of over 40,000 people, they took La Paz under siege for a total of 184 days. The siege was eventually broken by colonial soldiers who had come from Buenos Aires and Lima.

Tupac Katari did not give up. Later that very year he laid siege again, this time alongside Andres Tupac Amaru. Despite their determination this attempt was also unsuccessful, and was broken by a loyalist group led by Josef Reseguin.

One night after a grand feast Tupac Katari was captured by royalists, tortured and quartered: while he was still alive his body was torn apart by horses into four sections. His head and his limbs were each sent to different rebel strongholds as a warning. His famous last words still resonate today: ‘I die as one, but will return as millions’.

Bartolina Sisa eventually suffered a similarly gruesome death. She was publicly beaten and raped in what is now Plaza Murillo before being hung. The International Day of the Indigenous Woman is held on 5th of September in her memory.

Lefebvre, a Canadian priest, spent 19 years of his short life in Bolivia and died a valiant death in the country which had become his home.

Born in Saint Denis, Canada, Lefebvre became an ordained priest in 1951 and the very next year travelled to Bolivia to work in rural mining towns. He later moved to Rome to study sociology, returning to Bolivia after finishing his degree. This time he moved to la Paz where he worked as a university lecturer, and later founded the sociology faculty in UMSA.

On 21st August 1971 a military coup overthrew the president Juan Jose Torres, killing dozens of people in the process, most of whom were fighting to defend democracy.

To succour the injured Lefebvre clambered onto an ambulance, tying a white pillowcase to its antenna as sign of peace. When he reached the calle Capitan Ravelo where he found the street strewn with injured students. On seeing a badly injured man calling for help Lefebvre went to help him, but was hit in the chest by a bullet as he approached the injured man. After some time the wounded man was able to drag himself to safety, but the same could not be said for Lefebvre, who was pronounced dead by nightfall.

When his ambulance was retrieved it was found covered in over 30 bullet holes; the pillowcase he had used as a peace sign was still attached. Admiration and appreciation for his act are remembered today by a plaque in the very spot where he heroically lost his life. 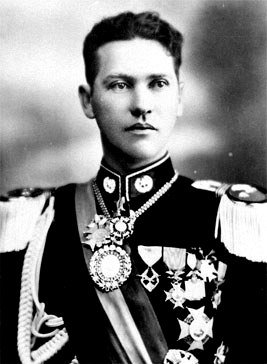 The infamously efficacious and reckless Busch is perhaps as well known for his self induced death as for any other event during his time in presidency from 1937 to 1939.

Throughout his life Busch had a fearsomely determined personality. As a youth he walked around 600 km by foot from his hometown of Trinidad to the city of La Paz to prove his worth to join the army. This attempt was successful and he entered military college at the age of 18. This was the beginning of a life-long military career which saw him flourish after showing outstanding courage during the Chaco War.

He played a key part in three major military coups, the final of which led to his presidency. During his mandate he famously signed a peace treaty with Paraguay and nationalised a large part of the mining industry.

In 1939 he fell into a deep depression. He began to believe that he was not only under attack by the opposition, but that the Bolivian people had turned against him. For one whole week he failed to show up at the Government Palace, claiming it was due to toothache. He took the extreme decision to close down the Senate and Congress, and declared himself a dictator.

This breakdown reached its culmination on the 22nd of August during a party held for the birthday of his brother in law. Busch remained downstairs in his study with his guards throughout the evening, lamenting over a letter he received which brought news of his mother’s funeral which had been pitifully attended. Sitting at his desk he raised his colt pistol to his right temple and fired a shot. He was rushed to hospital and died the following day.

Some believe his suicide was fated. Busch came from a long history of family depression; his father had killed himself, as later did his two sons who also took their own lives. A truncated column stands in his honour on the site of his grave in the Cementerio General, which both represents his glory and his life which was cut short at the age of 35. 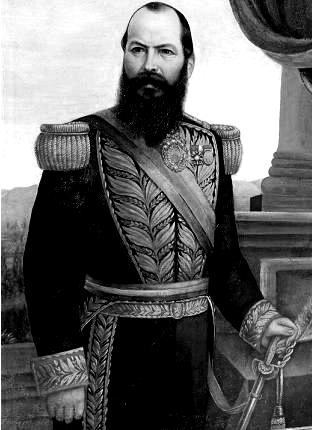 Bolivia's most predictably unpredictable President, Melgarejo’s incompetence and volatility are legendary. So many tall tales have built up around his life that it is almost impossible to distinguish what is actually true about his life.

Born in 1820, Melgarejo spent the majority of his life in the military. He slowly worked his way up the hierarchy of the army, not from valient endeavours, but due to his willingness to participate in every rebellion. In 1845 he took part in a military revolt against the dictator Manuel Belzu and was subsequently tried for treason. He was pardoned, however, after he tirelessly begged for his life and claimed that he only participated in the coup due to inebriation.

After a seemingly successful coup against Arce, Melgarejo proclaimed himself President. However, Belzu had also been fighting to regain power and had control over half the army and the country. Melgarejo resolved this apparent impasse by personally murdering Belzu. A large crowd of Belzu supporters had gathered near the Government Palaces shouting ‘long live Belzu!’. It was at that moment that Melgarejo appeared on the balcony holding Belzu’s lifeless body and exclaimed ‘Belzu is dead. Who lives now?’, to which the confounded crowd cried ‘long live Melgarejo!’

Once in power Melgarejo did nothing to prove his worth as president. He viciously and ruthlessly suppressed all opposition, horrifically abused the rights of indigenous people and allegedly gave away vast amounts of land to Brazil.

In 1871, Melgarejo was overthrown by Agustin Morales and was forced to flee the country. He sought refuge in Lima, Peru, where he arrived at the building where his old lover Juana Sanchez lived, pleading for her to take him in. He insisted for several days yet she stubbornly refused. Tired of his pigheadedness, Melgarejo was shot dead by Aurelio Sanchez, Juana’s brother; a death which now seems rather befitting and almost poetic. 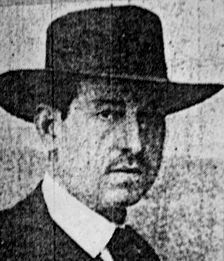 Tirelessly roaming the the steep slopes of La Paz, the painter Arturo Borda would wander the streets wearing an onion on the lapel of his ill-fitting suit jacket. An artist, political activist, and eccentric, he always carried in his pocket a pencil, a stray lens and a handmade notebook. A meticulous observer of everything that took place around him, he was perhaps most famous for the countless drawings, paintings and etches of the Mt Illimani he left behind.

A staunch drunkard throughout his life, the writer Jaime Saenz believed Borda wasn’t just another ordinary alcoholic who fell prey to the bottle’s corrosive grip, but that instead he was misunderstood in that he simply drank because he 'felt like it'.

In the darkness of the bitterest of winters, this septuagenarian was looking for a drink on the 17th of June of the year 1953. He roamed the empty streets looking for an open liquor store, but only found a hardware store where he demanded the owner to serve him a pisco. There was nothing there to drink, yet Borda persevered. After the owner repeatedly told him there was nothing there for him, the old man asked her to give him anything she could find. Such was his insistence, that the vexed lady gave him a container with hydrochloric acid, which Toqui Borda proceeded to drink it down in a single gulp. This is how he met his end.