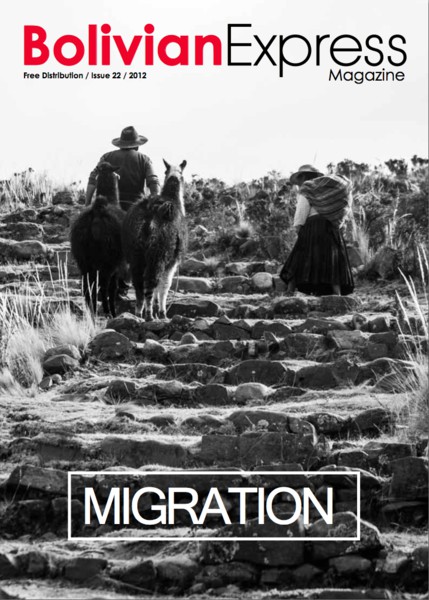 This issue is primarily about leaving – about why people migrate away from their homelands, where they go, and what they experience once they’ve arrived in their new home; whether they’re coming to Bolivia from abroad or leaving the country in search of a better life.

In place of an editorial, this month we open with a playlist which you can access by visiting http://tinyurl. com/BXmigration. It’s an attempt to capture the deep influence migration and its related themes (yearning, exile and the return, among others) have had on Bolivian music. Turn to the back of the magazine for an epilogue of sorts which we use as a vehicle to collect many central themes in this issue; think of it as this issue’s editorial. Paradoxically, many of the central questions surrounding migration are more fruitfully explored by examining its reverse process – the Return.

We open our playlist with La Despedida (The Sendoff), a cacharpaya traditionally played in the countryside to send off members of the community migrating to the city, or at carnival time to send off dancers and musicians. It’s a melancholy celebration tinged with the tensions and contradictions inherent in a migratory departure. They sing, “these boys are leaving, they are leaving to never-ever return to this village / for them to come back one day / they will have to throw another party”.

the familiar longing of those looking for new opportunities away from

home, with the often cited love Bolivians discover for their homeland

only after living abroad. “I’ve been gone from my dear land / Looking

I have only learnt to love you”.

Next on the decks is The Brother’s huge 90’s hit “Añoranzas” which today is considered to be an anthem of Bolivian migrant communities, especially those in Argentina. It’s a homesick cumbia with saya influences which speaks of longing for a return to Bolivia despite the personal and financial obstacles which drive so many away in search of a better life. “I only want to return to my homeland / Although I don’t have a job (carajo), or a friend, or a love by my side, I just want to go back”, are the chosen words of David Castro.

We then wave our handkerchiefs to the rhythm of a popular cueca titled La Caraqueña composed by Nilo Soruco while he was living in Venezuela. This song tells the familiar story of leaving a loved one behind, with the perpetual promise of an eventual return. “I am so far, so far from the source of my worry / My river, my flower, my sky will be crying / [...] they will pay some day / don’t cry girl, I will soon return”.

Like Soruco, Luis Rico, Savia Andina, and many other Bolivian musicians

80s through a series of voluntary and forced exiles, in large part due

to their resistance to the de facto governments of the time, to whom

Soruco was possibly alluding when he sang that “they will pay some day”.

Upon returning to Bolivia in 1983 Luis Rico (who subsequently became

communities) composed a song to celebrate the many musicians who had

left the country for Europe. The Last Tinku in Paris tells the story of

a fellow from Northern Potosi who, charango in hand, leaves to try his

luck in Paris. Playing on “streets and squares” he eventually meets a

gringa with whom he has two children. Yet when their relationship falls

apart he turns to drugs and alcohol. One day, sleeping at an underground

train station, he rediscovers his path and decides to return home. “He

mythic charango / For his last Tinku in Paris”.

Finally, we bring you a beautiful huayño composed by Gerardo Yañez, a Bolivian composer who no doubt writes with the first-hand knowledge of having lived away from his Andean homeland during his time as a student in Germany. The closing piece is called Corazón Abierto (Open Heart), and despite the heavy-hearted melody transmitted by its winds, ends with a celebration that sums up the joy of returning back home. We have translated and transcribed the lyrics in full.

While not exactly Bolivian, the following tracks have migrated their way into our collection. First track on the flipside of this album is a Venezuelan merengue titled El Norte es una Quimera (the North is a Chimera) which brushes off the idea that life in the US is better. “Oh New York I don’t like your gold, I reject your riches[...] / To New York, I will no longer return, there there is nothing amazing, no wine, no love / I’m not going back to New York / I swear to San Andres / I don’t like to speak English / Or take lifts.” To end this section we dance our way back to where we came from through Ruben Blades’ famous salsa titled Todos Vuelven (Everyone Returns), whose lyrics we also bring you in full. Check out the playlist online for a couple more treats; we’ll keep adding to in order to make sure you come back. See what we’re doing here? 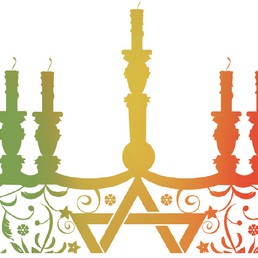 Caught between tradition and lifestyle The Jewish presence in Bolivia dates back to the 16th century but spiked most prominently during and after the Second World War when thousands of Jews fled... 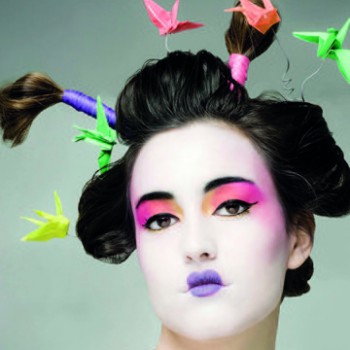 Japanese gardens Nestled in the heart of Zona Sur, the wealthy suburb of La Paz, the Japanese gardens cover an area of only 400 square metres but are a true pocket of tranquility exported from th... 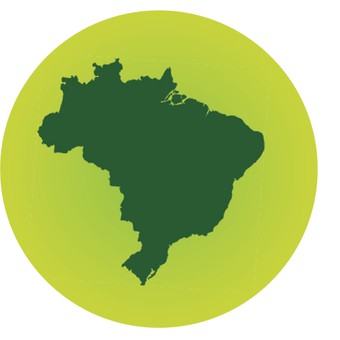 Weaving a New Living As is the case in several other issues in Brazilian-Bolivian relations, migration poses both a common challenge and an opportunity for cooperation. Conservative estimat... 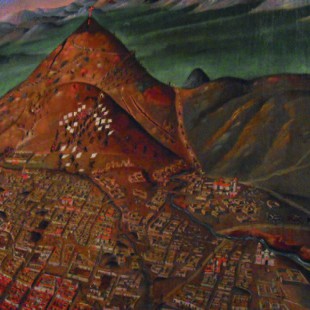 A colonial tale of Bolivia’s original migrant population It is a well-known story. In 1492, the forty-one-year-old Christopher Columbus, a then unknown Genoan sailor, convinced King Ferdinand and... 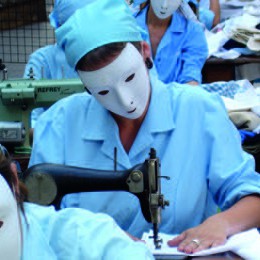 Stitching their way across the seams of country borders, Bolivians head south in search of a better future. With over 1.2 million residents, the largest Bolivian community outside the country is... 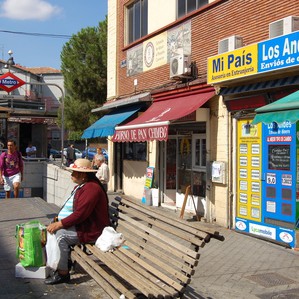 Many of the thousands of Bolivians who migrated to Spain the beginning of the 21st century faced disappointment, difficulties and discrimination. Those who eventually returned to their home country of... 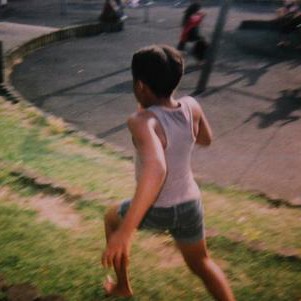 Despite the distance from their families and difficulties in their new country, Bolivian immigrants have found a corner in which to feel at home in London. Dozens of languages reverberate through... 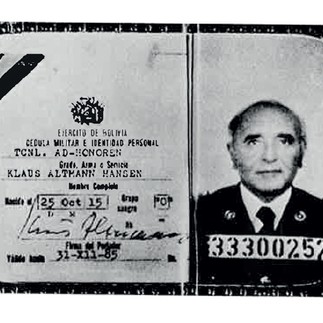 The Butcher of Bolivia

After WWII, the infamous Nazi Klaus Barbie found sanctuary in Bolivia, where he influenced national politics, helped overthrow a democratic government, and profited from the drug trade Again, the... 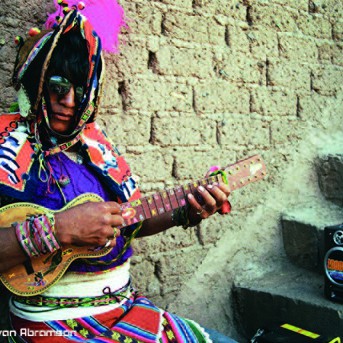 Rural-Urban migration Trajectories in the Bolivian Andes At 4,150 meters above sea level, towering above the city of La Paz, you’ll find El Alto: a migrant town made up almost entirely of indigen... 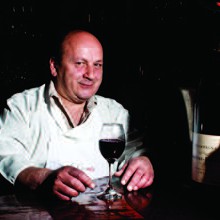 From Joie de Vivre to Suma Qamaña Sopocachi, with its charming cafes and bohemian feel, is commonly thought of as the pseudo-French district of La Paz. The French influence is instantly recognisa... 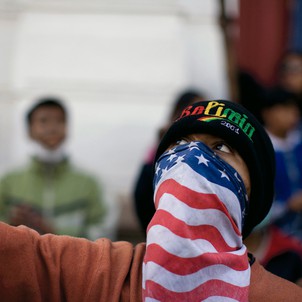 The Return It’s how it is, the earth calls for you’, Edson told me plainly, when he heard that I was thinking of returning to Bolivia after having lived abroad for almost a decade. Minutes earlie...