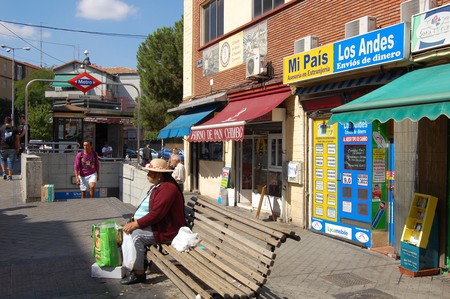 Many of the thousands of Bolivians who migrated to Spain the beginning of the 21st century faced disappointment, difficulties and discrimination. Those who eventually returned to their home country often did so without the desired success. In the latest and strangest of migratory twists, many Spaniards hit by the economic crisis sweeping Europe are making their way over to South America.

If thousands of Spaniards migrated to Bolivia during the early years of la conquista, the first years of the 21st century show a mirror image. In the last decade, more than 250,000 Bolivians migrated to Spain, yet the search for higher salaries and a better life for their families has been hindered in many ways. Caught between decreased employment opportunities – brought about by the European economic crisis – and new immigration laws, the prospects for Bolivians in Spain have considerably worsened over the last few years.

The rapid influx of Bolivians into Spain is largely attributed to a rumour (and eventual announcement) of an initiative to regularise the legal situation of all immigrants without papers in 2005. The so-called efecto llamada which ensued is attributed to this amnesty. By 2008, the Bolivian embassy in Ma-
drid estimated that around 350,000 Bolivians were living in Spain, only 70,000 of which were legally allowed to work and receive social and labour benefits.

While the recent reversal in this trend can be partially attributed to the economic crisis in Europe (the ambassador for Spain in Bolivia, Ramón Santos, recently reported that 50,000 Bolivian immigrants had left the country), a strong link can also be made between the mass-migrant departure and decisions made by the Spanish government: in April 2007 it became compulsory for Bolivian tourists to have a visa in order to enter Spain.

Naturally, the Bolivian government’s reaction to this was largely negative. Evo Morales openly criticised the Spanish government’s actions: ‘When the Spanish and Europeans came to America, our forefathers didn’t call them illegal.’ As detailed by Morales in
an open letter to the EU, remittances sent home by Bolivian migrants account for as much as 10% of Bolivia’s GDP. In the letter he explained that as the decision went “against human rights”, relations between Bolivia and the EU would be strained and hard to pursue.

This diplomatic aspect, however, is only an outward manifestation of this issue: the transition to Spain for any Bolivian is not an easy one, as pointed out by Marcia Seburo. Marcia did not migrate for work as many Bolivians do, yet for a year and a half in Madrid her search for employment went unrewarded. Having managed a city branch of a bank in Bolivia, this was a huge change. She explains the move was hard for other reasons besides: simply hopping on the Metro is not possible for those entirely unfamiliar with its usage. Marcia firmly, and without hesitation, explained that no matter where you came from, starting a new life in Spain, ‘Es duro, es muy duro’ – ‘it’s hard, very hard’.

I also spoke to Manuel Canelas who, as a Bolivian student, lived a life far removed from those Bolivians who left striving to earn a better living for their family. His skin is reasonably fair, he wears the type of thick rimmed glasses that are currently a la moda in Europe and, along with his casual jacket, t-shirt and jeans combination, it is easy to see how he easily would fit into any European society without appearing unusual or out of place. With ample financial support from his parents, he was not left struggling to find a job that wasn’t there and his occupation also placed him opportunely in social situations where he could meet new people – namely other students in similar positions to himself. But he too had seen the difficulties for Bolivians in a country where not everyone welcomes their presence. 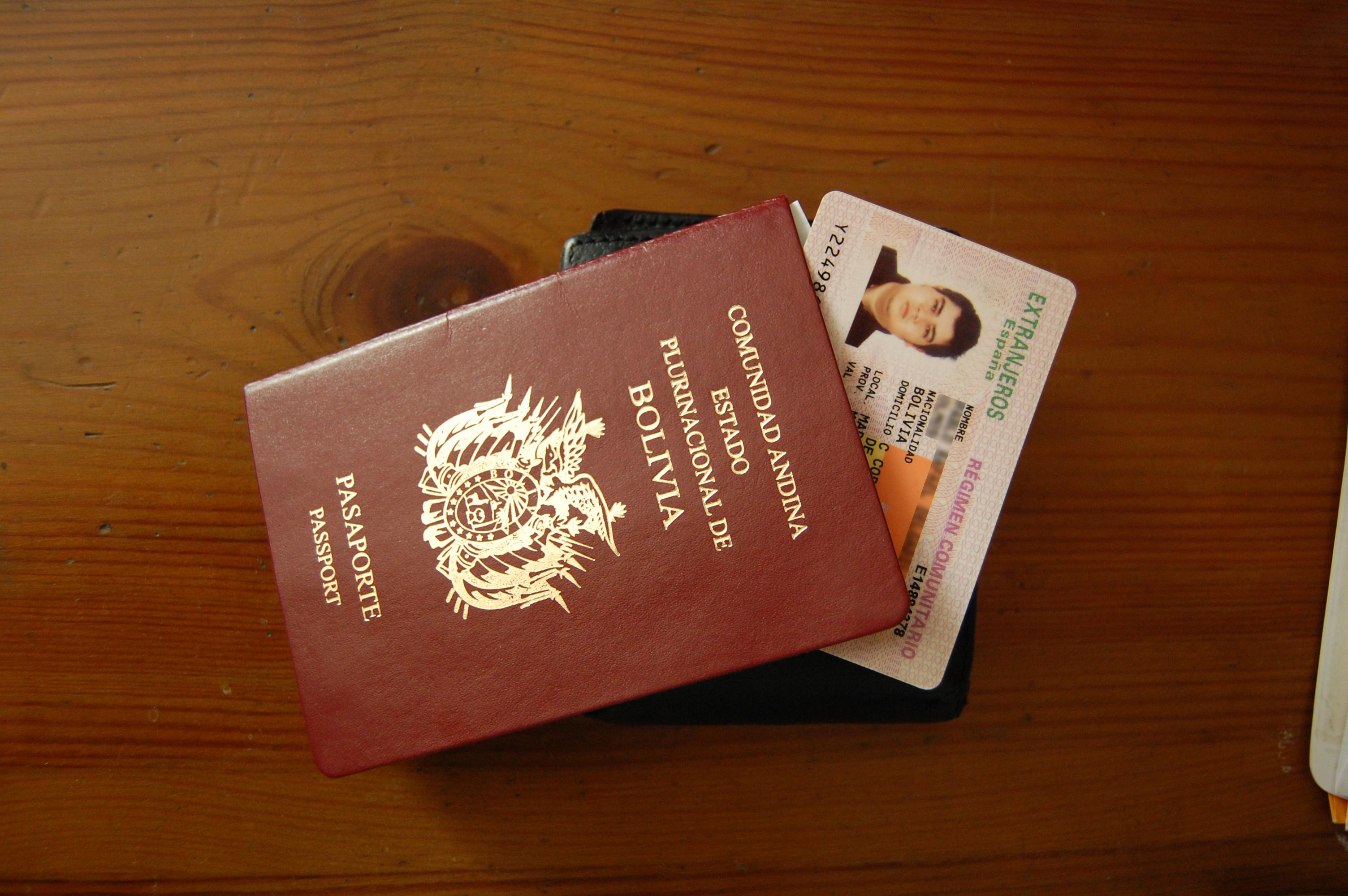 Both stories, however, are atypical. Marcia has Spanish citizenship and her two sons have the right to residency; Manuel’s appearance and fortuitous position allowed him to live comfortably in the centre of Madrid. Others, however, are less fortunate. The police will stop people simply on account of their appearance and, in the knowledge that a large Latin American population lives in certain barrios of Madrid, will station themselves outside specific metro stations to catch immigrants without papers. Discrimination by appearance, accent, and behaviour means that even those who are legal and who do have the necessary documents don’t necessarily escape the sometimes-violent actions of the police – Manuel’s sister included - he told me. Perceptions of institutional racism and accounts of ethnic-based profiling are abound.

This is not to say that full integration to Spain does not require entirely discarding Bolivianidad but it certainly seems to require exercising one’s own nationality with discretion: Manuel’s own contact with other Bolivians, especially at first, largely took place on a one-to-one basis rather than within the context of a larger community. He did recognise that many would recreate Bolivian communities and practice their culture together, particularly the Bolivians who had been established for many years, it is as if an adaptation process must occur before Bolivianidad can be recreated. Such large groups organise fiestas and dances, and such is the degree of local integration that this sometimes takes place in coordination with local government authorities.

The Bolivian community in Madrid is so large that numerous resources have sprung up to cater for their specific needs. For example, Marcia tells me that the website BMTV (Bolivia Magazine TV) features sections on all aspects of Bolivian life: traditions and customs, food, dance, fashion, current affairs and tourism. The website even has a ‘Legal consultation’ section, as issues with work permits and nationality can be, in the site’s own words, “a terrible headache”. BMTV also tries “to be an instrument for union between relatives on opposite shores of the Atlantic” and “an interactive portal and be a window of products and services that Bolivian businessmen offer in Spain.” Marcia primarily uses the website for recipes, but clearly it is an important tool for Bolivians in Spain who want to maintain their Bolivianidad, whatever their societal position. Many other formal and informal organisations have sprung up to cater for this demand, among them a sporting organisation called LIDEBOL (La Liga Deportiva Boliviana). In the 2011-12 competition, over 50 clubs of male and female footballers descended on the parque
Pradolongo, Madrid.

The difficulties faced by many are not enough to dissuade all Bolivians from setting down roots in Spain. For example, Marcia told me she has rarely considered returning to Bolivia, explaining she has never really felt very patriotic; Manuel returned to La Paz for the purpose of writing his Doctoral thesis, but would consider returning to Spain to live in future.

The migrant’s discourse has long been fraught with the idea of not just travelling away from one’s country, but with one day returning. Yet predominantly for those Bolivians who left for economic reasons, el retorno has become less a sign of success than the result of having no other choice at the hands of new unfavourable laws and unemployment; the effect of the latter hastened by discrimination. This is all part of the distinctive circular character of migration and suggests many of the Bolivians returning home from Spain are not doing so permanently, but already have their sights set on the next destination - increasingly Brazil.

Yet there is another trend that could well be worth keeping an eye on in the following decades: whilst the economic crisis is forcing Bolivians in Spain to continue their migratory cycle, the native Spanish are equally under pressure to move elsewhere. In 2011, 63,000 Spaniards emigrated, the emerging markets of South America a key destination, and a fall in the Spanish population of almost a million people has been forecast for the next decade by the INE (Instituto Nacional de Estadística). In a curious twist of migratory fate, it seems quite possible that a Bolivian Dream – similar, perhaps, to the one imagined by their colonial ancestors in the 16th Century – might just be possible across the Atlantic for Spaniards too.