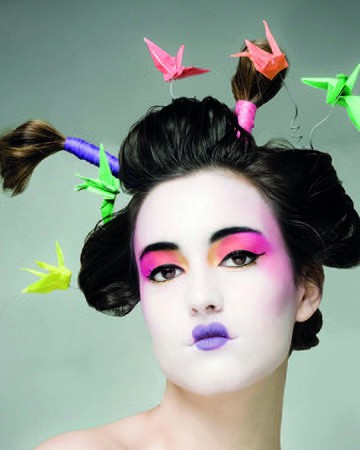 Nestled in the heart of Zona Sur, the wealthy suburb of La Paz, the Japanese gardens cover an area of only 400 square metres but are a true pocket of tranquility exported from the Far East. Finding the gardens was easy enough but we were then faced with a closed gate. On ringing the doorbell we were met with a rather sad response: “It’s no longer a park.” Previously open to the public, the gardens are now used exclusively for private functions. When asked what brought about this change, the coordinator simply replied that “nobody came.” The gardens are just one of several Japanese legacies visible in La Paz after over 100 years of Japanese migration.

The first Japanese immigrants arrived in Bolivia via Peru in 1899, when 93 workers emigrated from Japan to the Mapiri River Region in La Paz where they were hired to work on rubber plantations. Records show that in 1908 there were 15 Japanese nationals living in La Paz and in the 1910s many more arrived, working as vendors or contractors on the railway lines. In 1920, the collapse of the rubber industry saw many Japanese migrate from Beni and Pando to the city of La Paz. Given the ever-increasing Japanese presence in the city, the Japanese Society of La Paz was formed. Originally the society aimed to provide support between businesses and maintain Bolivian-Japanese relations and, at least until a Japanese Embassy was established in Bolivia, the society played an important role in communication between the Japanese community in Bolivia and the nearest Japanese embassy in Peru. Today, the society has 154 members and hosts a variety of cultural events, amongst them the annual karaoke tournament which celebrated its 30th anniversary in August.

However it is estimated that there are over 800 people of Japanese descent living in La Paz, meaning that over 80% of these are not official members of the society. One of them is Tomo Fujimoto, the manager and owner of Café Blueberries on Avenida 20 de Octubre. Tomo is second-generation Japanese, born to Japanese parents who independently moved to La Paz from Japan 30 years ago and subsequently met and married in Bolivia. As a child, Tomo attended a Japanese School organised on weekends by the Japanese Society, but which in the past ten years has grown apart from the Society. For Tomo, the Society has changed direction somewhat, now trying to attract a younger generation of third- or fourth-generation Japanese who seek to deepen their understanding of their identity and heritage. Tomo notes that when an identity is in crisis, you tend to hold on to it tighter.

When asked where he considers himself to be from, Tomo responded, “I was born on the border between Japan and Bolivia, which doesn’t exist at all.” In the interview with Bolivian Express, Tomo stated, “Being Japanese used to be a burden, now it’s a virtue”, he describes while reflecting on his childhood in La Paz, where he experienced some instances of bullying because of his race. Today, Tomo considers himself to be both Japanese and Bolivian he speaks both Spanish and Japanese fluently, plans to move to Tokyo next year for work but eventually hopes to return to Bolivia, his furusato.