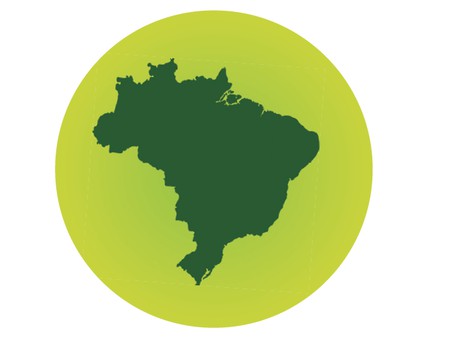 As is the case in several other issues in Brazilian-Bolivian relations, migration poses both a common challenge and an opportunity for cooperation. Conservative estimates place the number of Bolivians immigrants living and working in Brazil at 300 thousand, but the only certainty is most live in the state of São Paulo. While migration to the industrial heartland of Brazil may be said to have started with, and was certainly facilitated by, the 1950’s opening of a railroad link from Santa Cruz to the Brazilian border, the phenomenon has grown by leaps and bounds over the last decade or so, as a result of an increasingly robust Brazilian economy. The border city of Corumbá, close to Bolivia’s Puerto Suárez, continues to be a logistical hub for migrants, although growing numbers now apparently take a roundabout route through Paraguayan territory to reach Ciudad del Este, where they easily blend among the thousands of people daily crossing the “Amistad” bridge into Foz do Iguaçu, thus avoiding immigration controls. Besides the usual concerns regarding drug running, “coyotes” are known to be involved in human trafficking along the border, which brings an additional and chilling level of complexity to the immigration issue.

Migration in the 1960’s and 1970’s allowed Bolivians to harness educational opportunities in Brazil, and was fueled at times by Bolivian political instability and military governments not particularly fond of dissenters. Exiles and other middle-class migrants gathered around the “Asociación de Residentes Bolivianos en Brasil” (ADRB), established in 1969. It is still going strong, with around 20,000 members, of whom 40 percent are professionals, 25 percent describe themselves as micro- and small-scale entrepeneurs, and 35 per cent are workers and students with temporary residency permits. ADRB’s newsletter, La Puerta del Sol (reported circulation 5,000), is distributed free of charge. However, a new, larger wave of immigrants, starting in the 1980’s, was fueled by the deep economic crisis that hit Bolivia and put thousands of miners and other workers out of a job. At the time, the U.S. also attracted relatively large numbers of Bolivians, as did Argentina, which, like Brazil, welcomed them in spite of economic troubles they were facing at the time. These migrants tended to be unskilled and undocumented and were thus prone to being exploited, even by other Bolivians who often had had a hand in bringing them to Brazil. The 2000 Brazilian census thus only reported 20 thousand Bolivian respondents, while ‘Pastoral do Migrante’, a Catholic church social aid service for migrants, estimated over 200 thousand Bolivians lived in São Paulo alone. Another, less visible form of migration takes place along the 3,423-kilometer border, which an indeterminate number of Bolivians cross daily to benefit from work opportunities, education or health services available on the Brazilian side. Most recent immigrants are reported to be working in the textile industry, occupying the niche that was left by South Korean immigrants moving up the economic scale. Widespread outsourcing by renowned brand names in the wake of globalization involve thousands of small suppliers that are either owned by Bolivians or that employ Bolivian individuals and their families – sometimes including minors. Although immigrants are typically able to send some money to their families back home – some US$ 150 every other month, according to estimates - helplessness created by illegal alien status and profit maximizing goals by ruthless bosses can make up a toxic brew.

In 2005, Brazil and Bolivia agreed to facilitate extending legal alien status to migrants in each other’s territories. Starting in 2009, Brazil allowed Bolivians to benefit both from this agreement and the streamlined Mercosul residency process to obtain residency papers. Often working in collaboration with the Bolivian Consulate General in São Paulo, Brazilian authorities have since then been able to turn tens of thousands of Bolivians into legal aliens. Activism on the part of the ‘Pastoral do Imigrante’, and a tougher attitude towards sweatshops by the Public Attorney’s Office for Labor Issues is helping to expose exploitative practices, extending normal work and social rights to Bolivian immigrants by bringing fly-by-night operations into the economic mainstream. A simplified on-line registration system for microbusinesses called MEI, for instance, now boasts 4,000 textile micro firms owned by Bolivians, not all of whom are necessarily legal residents. Nevertheless, the creation of a strong textile industry in Bolivia itself would go a long way towards harnessing the fine skills of Bolivian workers and helping those migrants who want to return to find good jobs in their own country. In this connection, back in 2010 Brazil extended a US$ 23 million duty-free quota for Bolivian textile exports, which still awaits to be filled by Bolivian entrepreneurs.