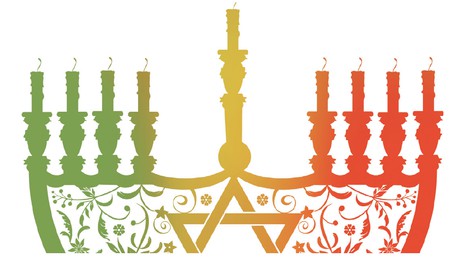 Caught between tradition and lifestyle

The Jewish presence in Bolivia dates back to the 16th century but spiked most prominently during and after the Second World War when thousands of Jews fled Europe and immigrated to South America. Bolivia accepted around 20,000 Jews during this period. Yet Bolivia was just a bridge for many, a starting point for a life in another South American country. ‘Now there are about 180 to 220 Jews in La Paz, approximately 70 in Cochabamba and about 150 in Santa Cruz’, says Dr Ricardo Udler, President of the Círculo Israelita (an centre for which caters for the Israeli community). These numbers make it hard to imagine a future. ‘If you ask me, what is the future [Of the Jewish Community]? I’d say maybe ten or at most fifteen years more’, confirms Dr Udler, in a somewhat sombre tone.

Most of the Jewish children attend an English-speaking school in Bolivia and then go on to study at universities abroad, with Israel and United States being popular choices. I am told that Jewish immigration to Bolivia has also become less popular since the President Evo Morales has deepened his relationship with Mahmoud Ahmadinejad, the Iranian president. Six Mosques have been built in La Paz over the last ten years and Dr. Udler confidently affirms that ‘We don’t have anti-Semitism in Bolivia’.

Dr Udler himself is not planning to leave the country any time soon: ‘culturally we don’t have anything. It’s the life quality that matters for me. Many people have houses but here you have a cook, a driver, a maid and someone who does your laundry and all that for an affordable price. Please understand me, this is not arrogance, this is the reality of this country’.

However, Dr Udler and his wife express a sentiment familiar to many other Jewish families: ‘We are alone. My wife and I are separated from our children. This is the price we have to pay’. Dr Udler believes that he will be among the last standing Orthodox Jews in La Paz, bringing to mind the old saying, ‘an old tree should not be moved, otherwise it will die’.