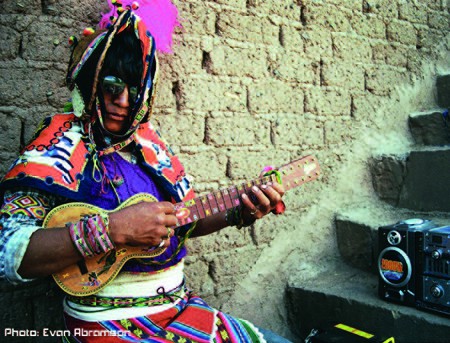 At 4,150 meters above sea level, towering above the city of La Paz, you’ll find El Alto: a migrant town made up almost entirely of indigenous people; a place tormented by the cold winds of the altiplano, infamous for its high levels of poverty and criminality. Skyrocketing population growth have transformed this former village into the fastest growing city in Bolivia.

The explosive population growth in El Alto is a result of mass migration, a phenomenon that has made Bolivia, once a predominantly rural country, a nation with an urban majority. There are political, historical and environmental reasons for this development, all of which have contributed to the gradual impoverishment of life in rural areas and have made living conditions there increasingly harsh.

Rural migrants hope to earn a higher income, improve their social status and find a better life in the city. The reality of El Alto, however, is quite different. Instead of being a step towards a better and more urban lifestyle, migrants are faced with a lack of services, and employment opportunities are hard to come by. All of this pushes people to find different ways of sustaining their livelihoods.

Historically speaking, migration has been an important feature of life in Andean communities. For thousands of years, migration has been a way of coping with political, economic, and environmental changes. Agricultural systems, for example, used to be based on a model of vertical production, in which products were grown at various altitudes, forcing farmers to move along the landscape according to the seasons.

During the Spanish conquest and subsequent colonisation, there was a radical shift in how agriculture was handled in Bolivia. When the Spanish conquered the land, they distributed it amongst themselves in the form of large haciendas. Following Bolivia ́s independence from Spain in 1825, this system not only remained in place, but was expanded, expelling indigenous communities from their lands and therefore providing further incentive for rural migration. 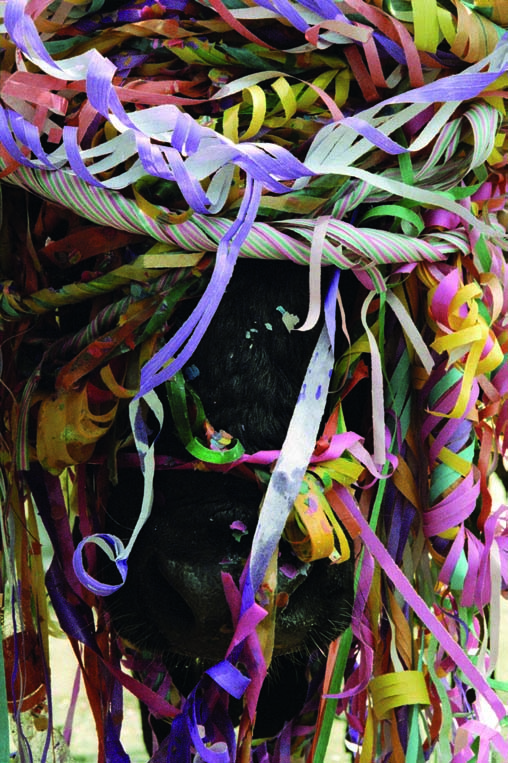 The most important change, however, which laid a basis for mass rural-urban migration in Bolivia, came about in 1952 with Bolivia’s National Revolution. Two things were especially significant. First, the agrarian land reform, which ignored traditional vertical-based agricultural practices and made farmers less resistant to changes in season and climate. Second, the inclusion of indigenous people as recognised citizens, which opened up new chances for social mobility.

Alongside these developments, there were several other factors that in fluenced migration, such as severe droughts, climate change and the economic crisis of the 1980s, which recorded inflation rates of over 27 percent.

In the long run, these developments led to the formation of towns like El Alto, where the huge influx of migrants overruled the possibility of creating proper facilities, administering basic services and offering jobs that would be needed. This contributed to the increase of poverty and criminality rates, making some of the migrants perhaps even worse off than they would have been in their places of origin.

Rural-urban migration has also had negative consequences on the countryside due to the fact that it has been mostly men who have migrated to the cities, meaning that women are left with double the workload in the countryside.

It would be wrong to say, however, that rural-urban migration is a purely negative phenomenon and that a town like El Alto, with its lack of services and facilities, is only a place of poverty and despair. According to José Luis Rivero Zegarra, general coordinator of CEBIAE, that would only be a ‘capitalist’ way of looking at the place.

There is so much more to El Alto that can be seen if one abandons the ‘Western way of looking’ and embraces other visions. Then, it would be possible to see that El Alto is much more than a place of poverty and criminality. It is also a place for different ways of seeing life; a place made up of different indigenous traditions and systems of morality, mixed with ‘urban and capitalist’ views--a place, that is, for innovation and creativity.

Rural life tends to be reproduced in cities like El Alto due to the deep ties of its inhabitants with the countryside. For them, getting away to the city does not mean leaving their rural community entirely. At times, a migrant is asked to return to the countryside to govern his or her local community. At others, communal ties place moral limits on how much an individual can enrich him or herself in the city. Some people believe that an individual’s fortune results from the support lended to him or her by the community, which is why they have an obligation to let their wealth flow back into the countryside. They may throw a party in the city or in their village in retribution.

This is why José Luis Rivero Zegarra suggests that El Alto’s way of life cannot be fully understood through a capitalistic logic. ‘It is a different way of living’, he says, ‘that responds to cultural traits that have been alive for centuries.’

Despite far reaching attempts to suppress this culture by importing a Western way of life, presented as ‘the right way’ of living, Zegarra says, in past decades ́indigenous and traditional ways of living have gained ground again.’ He goes on: ‘Bolivia is going through an identity crisis, in which people have to ask themselves who they are, what their values are and what place they want to take in the world ́.

In Bolivia’s process of defining its own identity, the concept of being indigenous -once something to be ashamed of- has become something that nobody tries to hide anymore. In light of this, instead of pitying El Alto for its poverty rates and so-called ́backwardness ́, we might take Zegarra’s views as a source of inspiration and begin to experience El Alto as a new way of viewing life, in which the community is placed above the individual, and in which solidarity, reciprocity, and
mutual caring prevail.