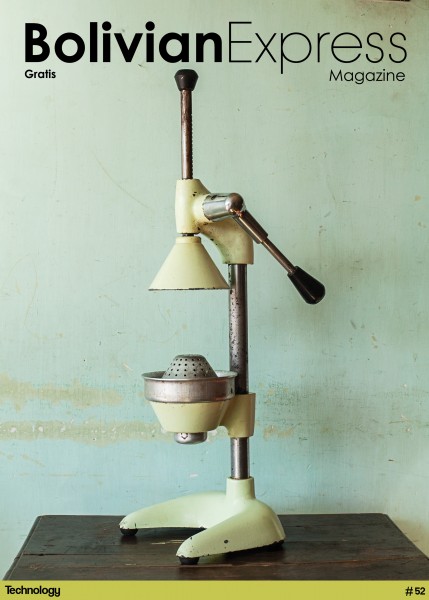 Over the past few weeks, 16-year-old Esteban Quispe has been making the media rounds. Recently appearing in local newspapers and television programs, he is Bolivia’s latest technological discovery. In the unassuming town of Patacamaya, about 100 kilometres southeast of La Paz, Esteban has spent the last several years building robots, largely out of trash.

From his tinkerer’s workshop adjacent to his parent’s house, Esteban has dreamed up and constructed a family of robots, one with a shocking resemblance to Wall-E, the Pixar robot from the film of the same name. Taking inspiration from the needs around him, he hopes to pioneer artificial intelligence in the future, and to use robotics to help make the work of the farmers and laborers in his community much easier.

The Bolivian altiplano may at first seem an unlikely place for such a tinkerer. In a community whose economy is largely based on potato cultivation, how does one of its own, the child of a bricklayer and a homemaker, find the passion and the talent for robotics? Truth is, Bolivia today is a hotbed of technology. In recent years, the launch of the Tupac Katari satellite and the completion of the first phase of the Mi Teleférico project (with a second phase on the way) are just some of the more high-profile projects in Bolivia. The national government has even announced the creation of a Technological Citadel, a dream to sow the seeds of Bolivia’s very own Silicon Valley, a task for which the State will need to continue improving telecommunications and to move government processes and citizen engagement online.

As these and other initiatives continue to take hold, more and more stories like Esteban’s will certainly come to light. Both Bolivians and expats living in the country are realising what this place is capable of in terms of technological innovation, giving more and more people the drive to dream up the seemingly impossible and push forward to make their visions a reality.

Technology likes to cross borders, and this is very apparent in Bolivia. Much of the latest technological changes here have been brought from elsewhere. Facebook has come with a plan to provide free (if limited) internet access across the country. US engineers have implemented ways to use one of Bolivia’s most abundant natural resources, llama feces, to filter and clean water (no joke!). And German engineering has introduced new technologies to help mend heart defects among children across the country.

But much of the exciting advances in technology in Bolivia are the result of local inventiveness. There are countless people across the country who, like Esteban, have the drive, initiative and knowhow to offer some pretty impressive technologies. In fact, some homegrown efforts are looking to be exported to nearby countries: Bolivia’s RFID-based tagging and registration system for automobiles seems primed for implementation across the continent. And in certain parts of Bolivia, fine examples of traditional technologies, particularly around agriculture and food production, are being brought back into practice as time reveals their usefulness and effectiveness.

In this issue, BX looks at technology and how it is changing and shaping Bolivia. Whether coming from Bolivians like Esteban or from foreigners bringing ‘the next big idea’, Bolivia is entering an exciting new phase of technological development, and we wanted to capture a snapshot of that process.

With improved telecommunications, more advanced training opportunities and a growing interest in moving Bolivia’s tech sector to the global stage, we should expect to see more stories like Esteban’s in the future. The most important thing we can do is encourage the curiosity, foster the inventiveness and support the ingenuity that drives these efforts. Only then can Bolivia be brought closer to participating meaningfully in global technological transformation. 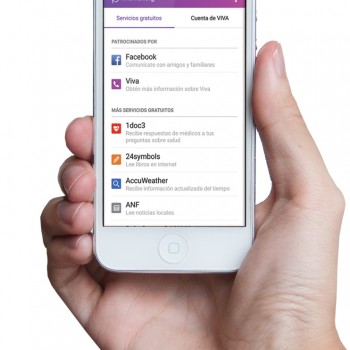 CONNECTING TO THE WORLD

Facebook Provides Free Internet Access in Bolivia – But Is It Enough?On June 18, 2015, the Bolivian telecommunications company Viva joined with internet.org, a project set up by Facebook founder Mark... 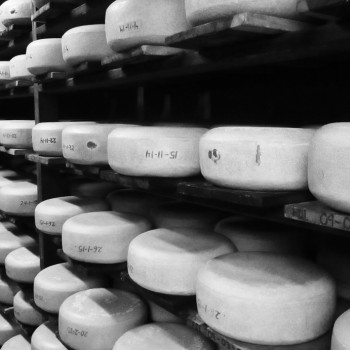 An organic dairy thirty minutes from the cityThe quiet town of Achocalla, 12 kilometres south of La Paz, offers an opportune breather right when the city begins to feel hectic. Take a daytrip to enjoy... 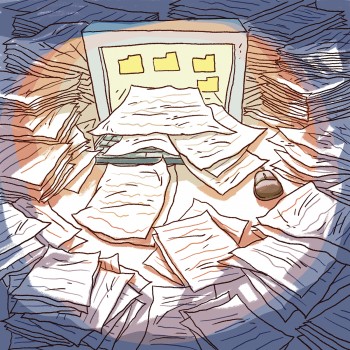 Bolivia’s Bet to Bring Bureaucracy into the 21st CenturyAs computer and internet access becomes more widespread, governments across the world are turning to electronic government (e-government) in a b... 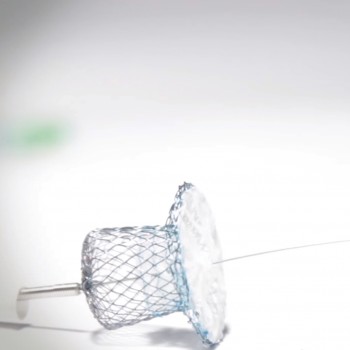 ‘The most complex problems need the most simple solutions.’This has become Franz Freudenthal’s mantra – the biggest lesson he took from his grandmother’s life – and a concept that inspired him to inve... 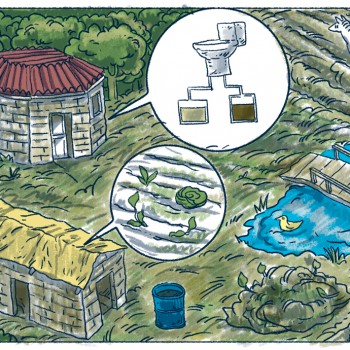 ANATOMY OF AN ECO-FARM

In Achocalla, farmer Telmo Nina shows me around the eco-farm he manages. He explains how each component of the operation has multiple benefits for the land and the grower, and exists in near-perfect e... 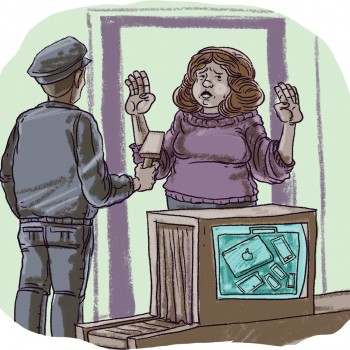 Bolivia’s Market in Smuggled ElectronicsIn a world where Apple, Sony and Samsung are worshipped as deities, Bolivia is a God-forsaken place. There is a distinct dearth of certified dealers – Apple has... 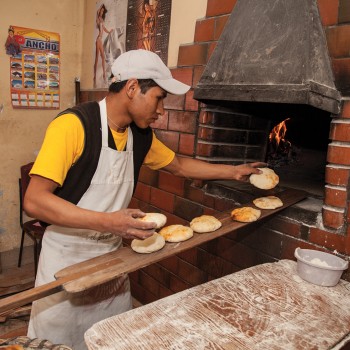 The Battle of the OvensIn many areas of Bolivia, particularly the most rural, breakfasts consist of a simple offering of tea and bread. Different areas tend to have their bread of choice: marraquetas... 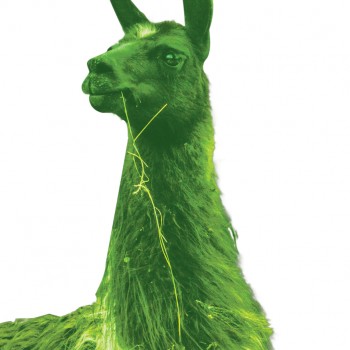 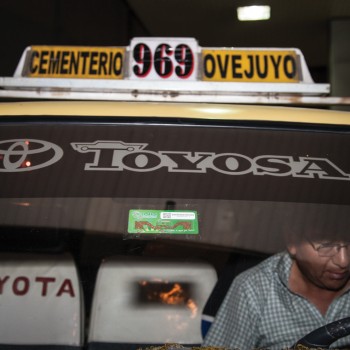 Is the government’s hi-tech fuel-tracking system worth drivers’ privacy?At a gas station in the working-class neighborhood of San Pedro in La Paz, Diego Castro fuels up his Ford Explorer. Simultaneous... 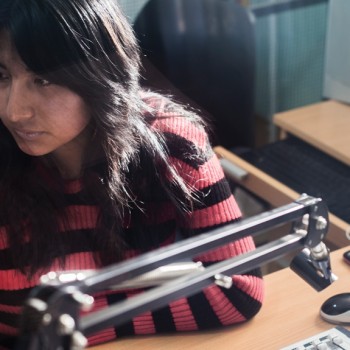 Arriving at Radio Atipiri (840 Khz AM) in El Alto, there is a focused silence over the building; everyone is speaking in hushed voices and keeping as quiet as possible. People are broadcasting at this... 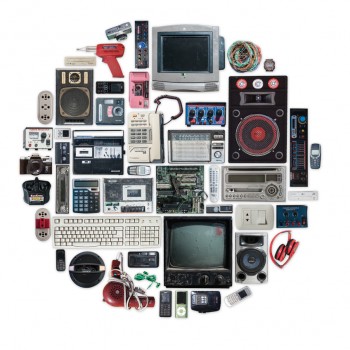 The Feria 16 de Julio, held in El Alto every Thursday and Sunday, is one of the largest markets in Latin America, if not the world. Less than a single destination, it is more a cluster of neighborhood... 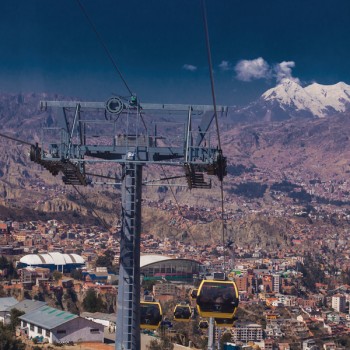 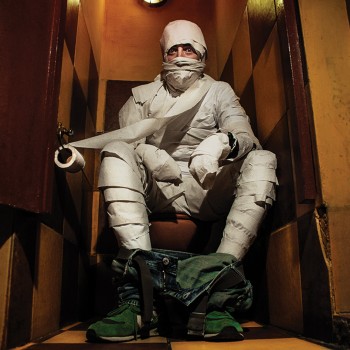 Don’t Flush That TPWhen I first arrived in Bolivia, I constantly forgot that I wasn’t supposed to flush toilet paper down the loo, like at home. At first, I thought it might just be a cultural norm, b... 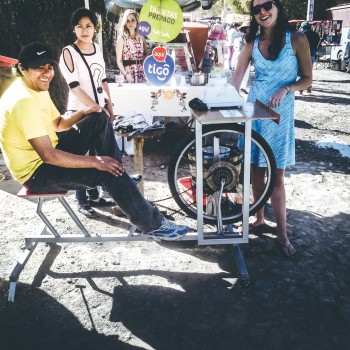 CYCLING FOR ICE CREAMPeople hop on a bike for many reasons, but very few do it to power their business. In Bolivia, small entrepreneurs are cycling away on stationary bikes to make soap, smoothies, co...