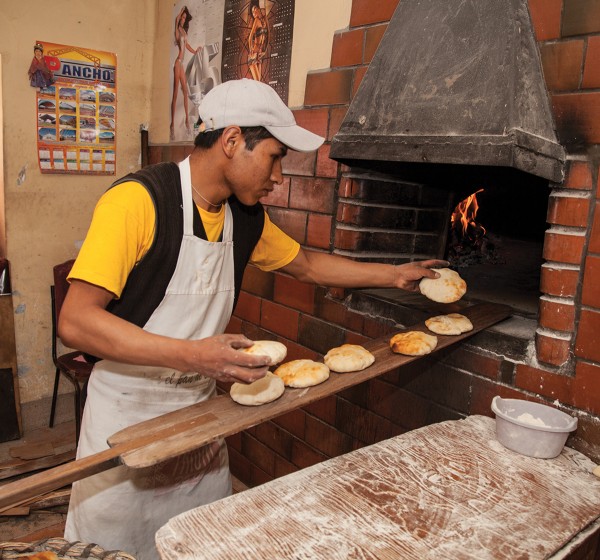 The Battle of the Ovens

In many areas of Bolivia, particularly the most rural, breakfasts consist of a simple offering of tea and bread. Different areas tend to have their bread of choice: marraquetas (similar to a sourdough roll), allullas (a round flat roll) or even industrial sliced-white, to name but a few.

To some, bread is a simple concept: flour, water, yeast, salt. Not much to it at first glance. However, look a little deeper and you’ll discover that for many, the act of making bread is either an art or a science, or both.

In recent years, there have been untold technological advancements in the culinary field, but to what extent does this affect the quality of the end product? Can a ‘super oven’ with a built-in boiler and countless complex settings really produce a higher-quality product than the simplistic technology of a wood-fired oven? Where do we draw the line between efficiency and the artisanal? Let’s make this a good clean fight: technology versus tradition – who’ll come out on top?

Alvaro Manuel Sanchez, 25, is the man to see about the latest in baking technology. Sitting in a shop on El Prado, surrounded by a plethora of gleaming modern ovens, he chats with me about what makes his prize offering, the Advance Plus, so impressive. Sanchez claims that a specific feature of this oven, its built-in boiler, is what makes it stand apart from traditional ovens that struggle to create the humidity necessary for making good bread. ‘Those that use a pan of boiling water to create humidity have found an answer,’ he says, ‘but it’s not the optimal one.’

He goes on to describe the seemingly endless list of impressive features the oven has before we get into the nitty-gritty. Clearly, there is some scepticism surrounding the considerable price of the oven itself, as for many it would be a huge investment. Sanchez assures me that the immense capabilities, efficiency and speed of this oven can reduce personnel and increase productivity, and as such the initial investment is returned rapidly. ‘You’re going to double your productivity, you’re going to sell lots more’, he says. ‘If you have around eight people working in your bakery, you’re only going to need five or six.’

Meanwhile, in Laja, a pueblo outside of La Paz famed for its delicious artisanal flatbread, things are very different. Gustavo Naruaez and a select few lajeños are keeping things traditional by following an old recipe using a wood-fired oven. The oven itself is simple in design, made from bricks with sand placed under its floor to keep a steady temperature and kept burning with scraps of wood. When asked about the importance of the oven, Gustavo says that a more sophisticated oven would detract from both the flavour and the very essence of his bread, saying, ‘It wouldn’t be pan de laja anymore.’

While everyone carries out their individual roles – stretching the bread, stoking the fire, introducing and removing the bread – the oven churns out batch after batch of perfect flatbread, filling the room with an intoxicating freshly baked smell.

After an hour with Gustavo, it is clear how important his team is to him. This could be because his team is made up of his family: both his son and daughter work at the bakery, making for a very proud father. He goes on to tell me with great satisfaction that they sell enough bread in Laja to not need to offer it anywhere else.

Finding a balance between artisanal practices and technological advancements will always divide opinion. It seems clear each of these ovens serves a purpose in its own field. One being much more industrial, with a desire for uniformity and precision; the other more traditional, family- and flavour-focused. It’s for each business to decide which route they take in this ever more mechanised world. Art or science? Technology or tradition? The choice is yours. 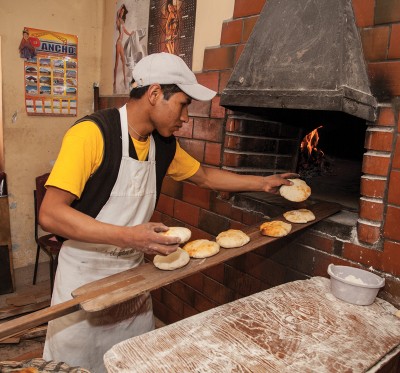