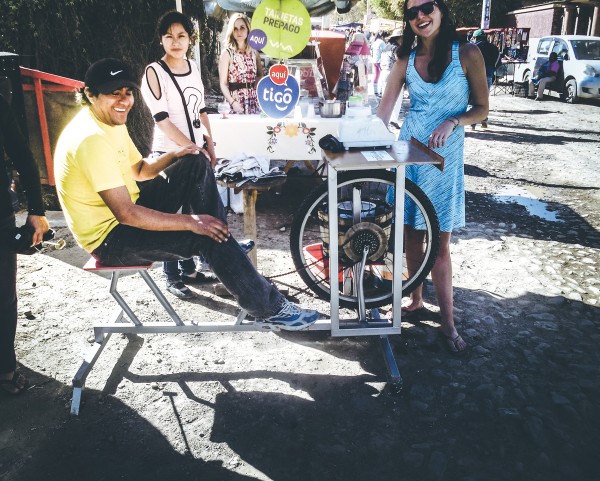 People hop on a bike for many reasons, but very few do it to power their business. In Bolivia, small entrepreneurs are cycling away on stationary bikes to make soap, smoothies, coffee, even to charge a mobile phone. In Cochabamba, this technology—called “bicimaquinas”—is being used to make ice cream. While on a visit, I met Andrea Vidal, a young volunteer from California, who is trying turning a workout into fresh ice cream.

‘Bicimaquinas are seven times more efficient than using your arms,’ she explained. ‘They mean you don’t have to use expensive technologies like solar panels and gas for energy. It’s a way of developing rural communities because it’s something almost anyone can create. In this way, it builds the economy.’

A happy cyclist pedals away on a stationary bike, turning the gears and the blender. Seems simple, doesn’t it? However, it’s not as easy as it seems. As Andrea explains, ‘it’s mostly trial and error because it’s such a new concept in Bolivia. Only a few small organisations offer this technology.’

In Cochabamba, her main challenge is getting a hold of the right resources. “There isn’t a practice of bike recycling here,’ she says. ‘People would rather leave a bike rotting in the backyard, instead of donating it to an organisation that makes Bicimaquinas.’

It seems like in this case, the technology is simple, but the implementation is not. 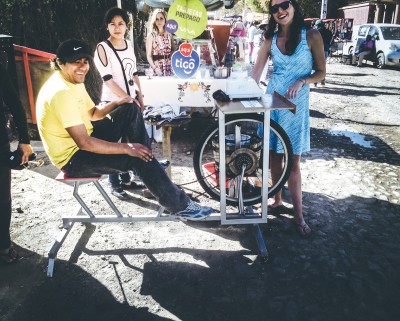