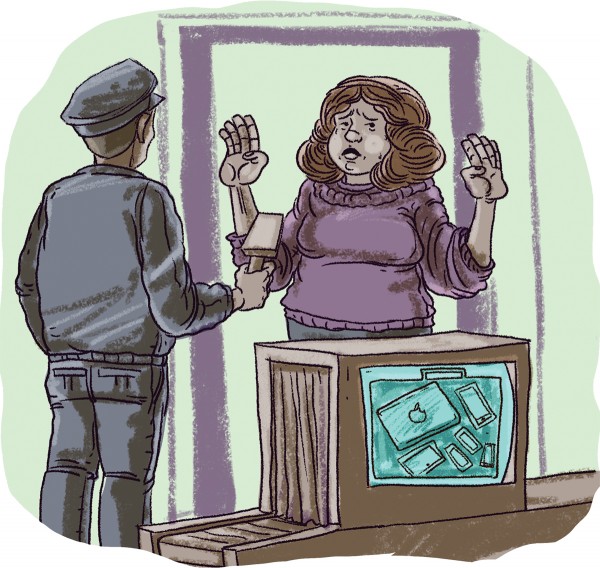 In a world where Apple, Sony and Samsung are worshipped as deities, Bolivia is a God-forsaken place. There is a distinct dearth of certified dealers – Apple has no official store in the entire country – and the only viable means of obtaining a smartphone through authorised channels involves ruinously expensive mobile phone contracts.

Buying online from abroad is no solution, as import costs for electronics are expensive and Aduana Nacional, the national customs authority, is known to be slow and bureaucratic. On top of this, there are notoriously long waits for home delivery and the arrival of products several months after purchase is not uncommon.

It is not the same elsewhere. In the US, one can walk into a store and come out with an armful of electronic devices, ready for use, at much lower prices. An iPad Air 2 can be found for $629 in the US. In Bolivia, the same model would cost over $1000.

Some people in Bolivia see this frustrating situation as an opportunity. Those acting legally bring items from the US, stomaching the costs to get them here, and still manage to sell them at a profit. Those acting illegally circumvent customs entirely. Both operations are part of what is known as the ‘grey market’.

Unlike on the black market, selling goods on the grey is not technically against the law, as the items themselves are not illegal.  After all, smartphones and laptops do not pose as obvious a threat as weapons and drugs do. Despised by manufacturers and service providers alike for its potential damage to their reputation, the grey market is unofficial and unauthorised, but fundamentally within the law.

This unofficial business is booming in Bolivia and elsewhere. Conservative estimates in a study by KPMG place the value of computer electronics in the global grey market between $20 billion and $40 billion yearly, with South American markets being amongst the largest in the world for these products. According to the World Bank, in 2004 Bolivia’s informal economy, which comprises the grey market and other unregulated sectors, constituted 67.1% of the country’s gross national income, compared to a global average of 32.5%.

The Aduana Nacional office at El Alto airport is cluttered. The air is dusty. Discontent importers sit in a waiting area, resigned to a lengthy delay. Some have been waiting for weeks to get items through customs. One man, who merely wanted to bring in 1kg of dish detergent samples, has been waiting for twenty-one days.

Another, Jesus Chavez, who imports computers legally from Miami, has been red-flagged by the customs office but doesn’t know why. After two years in the business, grey market importing has become his main source of income.

Jesus’ concerns are familiar. He says Aduana Nacional is incompetent, the process is inefficient, and the time taken to nationalise imports can be incredibly frustrating. He tiredly asserts that, all too frequently, it’s not what you are bringing in, but who you know in the customs office.

There is, of course, the illegal alternative, which Jesus is unwilling to explore. It is with undeclared importation that the grey market strays into illegality.

Customs laws dictate that only personal devices can be brought into Bolivia for free; for everything else, charges, sometimes extortionate ones, apply. Circumventing these charges is simply a matter of persuading officials that the items being imported are for personal use. With sizeable shipments of computers this is understandably tricky, but with smaller shipments, phones and tablets stuffed into suitcases for example, the possibility of bringing them into Bolivia under the radar, without paying any duty at all, is tantalising.

Though illegal, undeclared importing is not always the shady, dangerous business one might imagine. Anyone in Bolivia who regularly flies abroad will attest that access to the US market means being inundated with requests by friends and family to bring back smartphones, or tablets, or laptops. It does not take long for them to realise the economic potential.

One individual who seized this opportunity is Margaret (not her real name), a working single mother living in a small apartment in Cota Cota. She is friendly and open about what she does – less of a criminal than a hardworking woman trying to keep her family afloat.

Like many, the money Margaret earns importing is an enormous help when times are tight. ‘I work in consulting usually’, she says, ‘but when there aren’t any jobs, the money I make from bringing things back from the US is really, really helpful. It’s enough for a month’s living costs.’

Margaret is determined not to push her luck. ‘There are some people with offices, who import things illegally as a career’, she says. ‘I remember one man tried to bring $50,000 of electronics back in a suitcase, and he was caught.’

Whether people do it as a career or a side-job, grey market importing (both legal and illegal) represents an estimated $1.2–4.8 billion annual loss to manufacturers and authorised distributors across the world. To combat this growing threat, leading American technology companies formed the Alliance for Grey Market and Counterfeit Abatement in 2001, which is still active today.

The Alliance aims to counter large-scale importers in the grey market, but it does not seem worthwhile to spend resources tackling small-scale importers like Margaret who, individually, hardly pose a threat to global corporations. Cumulatively, this prevalent practice might affect corporate profit margins, but the truth is many importers keep things modest, bringing back only what they need to sustain their standard of living.

‘I could charge more, and bring more back, but then it is more of a risk’, Margaret confesses. ‘I’ve never been in trouble because I never bring back too much. I’m not greedy and that’s why I’m successful.’ 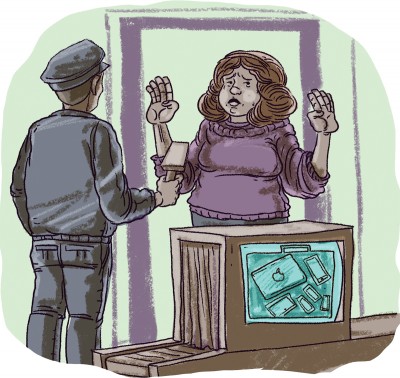