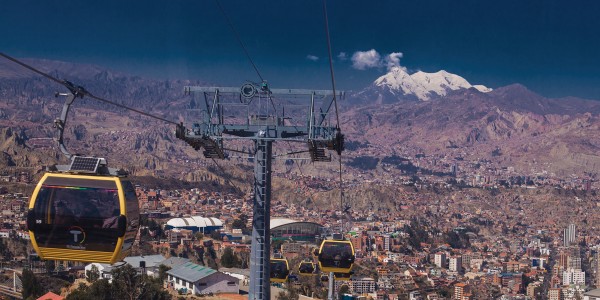 The Mi Teleférico system, connecting the areas of La Paz and El Alto, is the most extensive urban cable car system in the world. Its three operative lines impressively cross over the mountainous city, cutting an hour-long commute by land to El Alto to an enjoyable 15 minutes of astonishing views. Soon, this already-impressive network will expand to new reaches of the city, by adding six more lines at a price tag of $450 million. The completion of this second phase will add 20.3 km and 23 more stations to the system. Riders will be able to travel all the way from Cota Cota in the Zona Sur to Río Seco in El Alto.

The six new lines are to be built by 2030, with the new White Line due for completion in less than a year. ‘The system will make the face of the city one of modernity, technology and color,’ says César Dockweiler, executive manager of Mi Teléferico. The expansion will not displace buildings or affect many trees in the city. Only 12 of 500 trees at the Plaza Triangular in Miraflores, for example, will be affected by the project. It will also generate jobs in La Paz, as the company, with 150 employees at the moment, expects to employ around 800 people in the future.

Dockweiler explains that this expansion will make green areas and plazas more accessible, improving the ecological and social well-being of the city. ‘We are not enemies of the plazas,’ Dockweiler says. In order not to disturb Plaza Triangular, the new White Line will feature the world’s first underground teleférico station. This line will connect the most frequented parts of La Paz, travelling from Chuqi Apu (where Yellow and Green currently meet), to the future Orange Line, where one will be able to connect to the Red, which is currently isolated from the existing lines.

Beyond this expansion, Dockweiler envisions a future of integrated transportation systems for La Paz, which will ensure that the future city will be ‘a city for living, a city for coexisting, a city for enjoying.’ 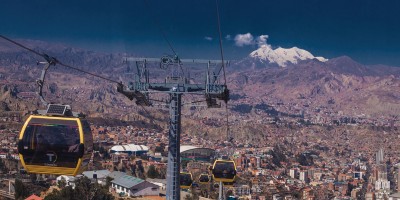