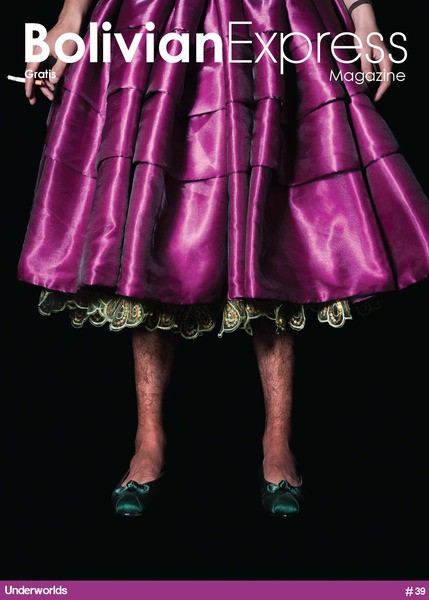 I first met Ian Pons Jewell at a club night. According to Facebook, it was some time in April 2013. The British-Spanish filmmaker of "La La La"-fame hadn’t been in the country for more than a couple of months but was already able to sum up some of his initial impressions by pointing out that ‘there’s a strong sense of satanism of some sort here’. ‘Um, what do you mean?’ I asked, not so much surprised as just curious. ‘I heard that cogoteros bury their victims face down to make sure their souls remain trapped’. The reasoning behind this, he explained, was that if these tormented souls were face down, they would not to be able to rise up into the afterlife and come after their assassins. ‘So the thieves don’t just fuck you in this life but also in the next’. It seemed to be a place where resting in peace was not exactly guaranteed, even for the innocent.

Some of what he said chimed with my own experiences here. I told him about the time in October 2012 when I was doing research for an article on the ñatitas up in a clandestine cemetery in El Alto. On this occasion I ended up being led to an inconspicuous metal door in Villa Adela where I was told a woman held a daily mass where people could go and pay worship to these forensic skulls.

I was greeted by an old woman with a chilling smile full of decaying teeth —in shades of dark green and black, a likely alchemy of coca leaves and Astoria cigarettes— who led me to her shrine. Covered in a black shawl, her yellowing liquid eyes and piercing gaze made it clear I was not standing before an ordinary pseudo-sorceress. I didn’t even need to suspend my disbelief to feel I was speaking to a real-life witch.

I was allowed to enter without, precisely, being welcomed in. Half a dozen people were gathered around the shrine. Some laughed, others wept. Others cackled. A cholita with a mouth full of gold teeth called Yolanda explained that the ñatita to whom she paid worship had been good to her. ‘Now I have money. All my enemies are gone, they no longer cause me trouble. I am grateful to the ñatitas because everything I asked from them became true.’ Why, then, was she here? ‘Because I am now in their debt. I come here twice a week to bring them gifts, to thank them. They took care of me so now I must take care of them. Right? Otherwise they can take away twice of what they have given me.’

I learned that, of all days, I was lucky enough to be there on a Thursday. ‘Black masses are held on Tuesdays and Fridays’, explained a man. I was not exactly familiar with the idea of a black mass. ‘On Mondays and Thursdays people come here to ask the ñatitas for things like health, education, money. But if you want something bad to happen to somebody, for example, you need to come on a Friday’, he explained.

I left shortly after. Not entirely taken in by the ritual, it was hard to remain impervious to the dark energy of that place, dense like the cloud of smoke that rises from a pile of burning tires, except hanging in mid air.

A young woman working at a corner shop a few metres down the road warned me I should be careful with that place. ‘I don’t believe in ñatitas, those things. But sometimes very bad people come here. Thieves, cogoteros. I don’t know what these people do but they come here. They are very faithful. They believe the ñatitas protect them, you know, so they don’t get caught or so the souls they have harmed don’t come after them.’

Telling Ian about this story got me thinking that these realms can’t really be seen as underworlds in the strict sense of the word. After all, these practices are pervasive and exist within the mainstream of people’s spiritual beliefs. The ñatitas even have their own day enshrined in the calendar: every year on the 8th of November, people across the country pay tribute to these tiny-deities in their thousands. Large parties are organised in their name and the skulls are even taken into to Catholic churches to receive the priest’s blessings.

This bizarre degree of syncretism between pagan and religious rituals offers up important clues to understanding underworlds and their place among local beliefs. In what amounts to a form of spiritual pragmatism, people here seem to understand that no single deity reigns supreme over every realm. When a miner goes down into the mine he understands he is entering an underworld in which the Tío needs to be appeased, lest anything bad happens to the miner or any of his colleagues.

The Christian faith believes God built man in his own image. Yet humans are fickle, vengeful and unpredictable whereas the Christian God remains morally perfect. Gods that were worshiped across this vast land long before the conquest are closer to those in the Greek tradition or even the God of the Old Testament. Like the imperfect humans who live in the world (which these deities control from up above and down below), these gods are erratic, mischievous and even hungry. First they giveth then they take it away. They can’t be seen to belong in subterranean and occult realms for they are just like us; they cohabit with us everywhere. But, unlike humans, gods and spirits are powerful and so must be continuously appeased, however unreasonable their demands may be. 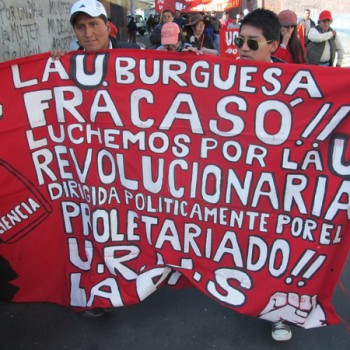 Surviving yet Marginalised Tupac Katari, one of Bolivia’s most famous revolutionaries, famously proclaimed ‘I die but will return tomorrow as a thousand thousands’ minutes before being quartered by... 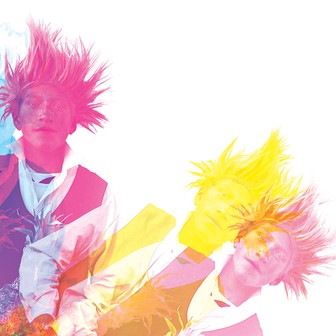 Wilmer Machaca explains the social significance of one of the most popular (yet marginalised) musical styles in the country. Cumbia is very popular in Latin America: originally from Colombia, vir... 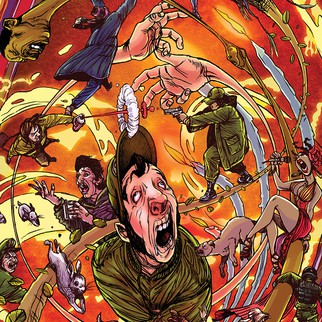 Underworlds in Bolivian Literature At the turn of the 20th century, writing in Bolivia almost exclusively tackled surface issues like campesino life and later the globalisation of the nation. ‘Pe... 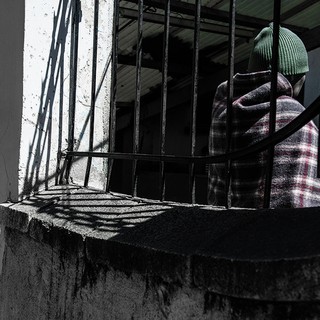 Life Continues Inside the Women’s Prison of Obrajes Her name in English means ‘hope’—ironic and perhaps understandable, then, that her eyes betray her as lacking in her namesake. Nestled betwee...

Violence constitutes an inherent and quotidian part of club football worldwide. In South America, barras bravas – supporters’ groups cut from the same cloth as European Ultras – are the culprits held... 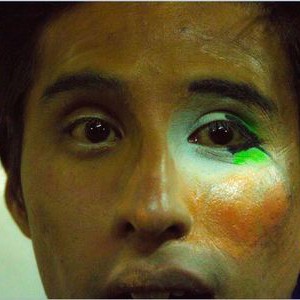 For the Clown Association of La Paz, the Show Goes on in the Unlikeliest of Places With additional research by Luis Velasco Schmiedl The bar El Acuario is hidden deep amongst the busy, traffic-... 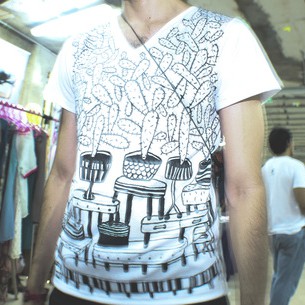 Popping Up Soon—at an Unspecified Location Near you Mercadito POP was originally created in June 2012 as an underground and economically collaborative Pop-Up crafts fair in La Paz. The organizers sa... 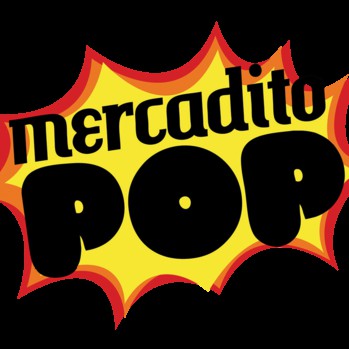 Popping Up Soon—at an Unspecified Location Near you With exclusive material from Gabriela Durán. Mercadito POP was originally created in June 2012 as an underground and economically collaborative... 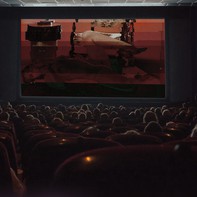 IT´S A COMMUNAL THING Nothing quite defines the seedy underworld of La Paz quite like its many ‘adult cinemas’ or cines privados, as they are called. Watching a bunch of old men sitting together...

When Ukrainian model and Barbie doppelgänger Valeria Lukyanova proclaimed herself to be a reincarnation of the Tiwanakan god Wiracocha, little did she know that she was adding to Bolivia’s long, dark...