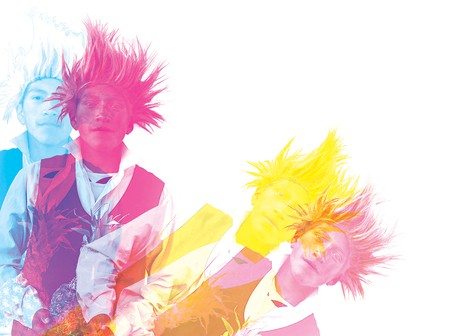 Wilmer Machaca explains the social significance of one of the most popular (yet marginalised) musical styles in the country.

Cumbia is very popular in Latin America: originally from Colombia, virtually every country in the continent has, by now, incorporated these sounds into its musical landscape. In Bolivia, cumbia is enjoyed across different segments of society and can be heard everywhere from high-class weddings to seedy nightclubs.

The same cannot be said of cumbia chicha, a sub-genre in the world of Bolivian cumbia, perhaps best characterised by synthetic sounds, sorrowful lyrics, and correspondingly moany vocals.

Chicha (which is the name of a local alcoholic beer made from fermented corn) is popular within impoverished peripheral neighbourhoods, but more specifically among first-generation rural immigrants – linking the genre with a very particular social and racial demographic. Chicha is an underworld, if you will, within a musical underworld.

‘Do you really like that?’ people often ask when one hints at a penchant for chicha music. ‘What is that?’ others will say, pretending to be unaware of the sub-genre’s existence. It is the type of music one would associate with bus drivers or with run-down canteens in the underworlds of the urban periphery. More dismissively, though, some think of it as cholo music, or music for indios.

At first rejected, disliked, demonised and excluded from society’s higher echelons due to its rural origins, cumbia chicha has now become a rhythm for the masses of a –now national– transcendence.

As a musical phenomenon, cumbia chicha emerged in Bolivia as a product of a rural migratory sway to the urban peripheries – a phenomenon associated with the growth and development of the country. Once these new geographical spaces were populated, they became strongholds in which impoverished migrants thrived. Such spaces served as a melting pot for rich and varied socio-cultural expressions.

Most of the rural migrants settled in areas that became cities of the peripheries, such as El Alto, Montero, and Quillacollo. Due to the humble background of said migrants, these areas came to represent underworlds of exclusion and social hardship.

Cumbia chicha was conceived in this social context and it became a platform for the stories of its creators; tales of solitude, suffering, and the occasional small victory. This environment spawned some of the sub-genre’s main exponents, such as Maroyu, Climax and Ronich from Cochabamba; Iberia from Oruro, Destellos from Potosí, Yoga from Tarija and Temblor from Santa Cruz.

Despite this, it is now Peruvian bands –such as Lágrimas, Coralí, Sagrado, Delirios and Yarita Lizeth– that enjoy the greatest commercial success.

Cumbia allowed its exponents to express their pain and suffering through song: the voices of a provincial Bolivia –so often negated or made invisible– struggled not only to make their way into the commercial mainstream, but also to secure record deals. After several persistent and unsuccessful attempts, Discos Condor, a nascent label, eventually decided to take them in. Today it has become a mainstay of andean music and, especially, chicha. Groups such as Maroyu, Ronish and Iberia have gone as far as opening their own radio stations and musical production companies, all of which jointly take care of musical broadcasting as well as the organisation of live events. It is thus that chicha managed to break free from the musical establishment.

For certain sections of Bolivian society, it is difficult not to identify with themes developed through this music. Apart from an almost-obsessive fixation with beer, other recurring issues are migration, poverty, heartbreak, passion, and depression.

It is here that the success of this genre resides: watching these musicians perform and coordinate dance moves whilst playing the keytar might make one laugh –when sober– yet, after a few beers, it is easy to find oneself dancing and weeping in tandem.

I am a peddler I am a prole
selling shoes, selling food, selling t-shirts I bring food home

To forget your love, girl
to stop loving you, my life
I will drink poison to forget
And when I die I don’t want
your eyes to cry for this love
you never knew how to love

I will drink poison to forget you