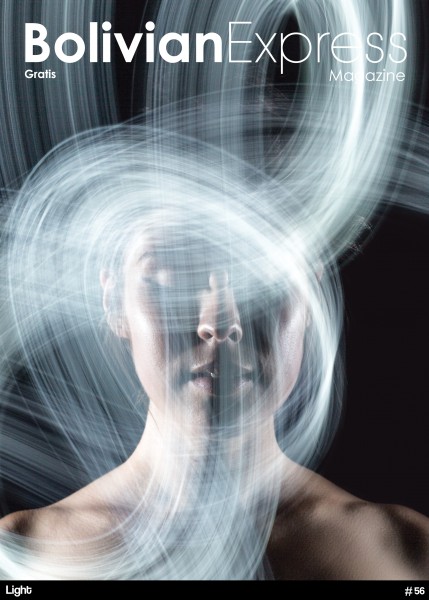 There is an old Aymara folktale about two thieves, a Fox and a Monkey. Throughout their adventures, the Fox falls prey to the Monkey’s many ruses, often leading him close to death. One night a very angry Fox, fed up with his partner’s tricks, finds the Monkey on a riverbank, under the moonlight, eating cheese. The Monkey gives the Fox the rest of his cheese, which he quickly eats. When asked where he stole the cheese from, the Monkey points to the moon’s reflection in the water and says, ‘There's the rest of the cheese, brother.’ And the Fox, always taking the Monkey at his word and always hungry for more (SPOILER ALERT!) dives into the river and drowns.

Light is a funny thing. It is often associated with the security and safety of what is known. An illuminated environment is one we can understand, while a lack of light can be menacing – just ask any miner working in the mountains of Oruro and Potosí. But light is also playful, as anyone who has traversed the Salar de Uyuni can attest, particularly when there is a smooth sheen of water covering the white expanse with glitter and glare.

A common use for the word or idea of ‘light’ is to bring forth something. Perhaps the most prevalent use is in the expression ‘to shine a light on’, or to reveal details or the truth.And in a much more intimate way, ‘dar a luz’ is the common way to say ‘to give birth’ in Spanish.

As in the case of the Fox and the Monkey, light can play tricks. It can provide false truth, it can fool the eye. In our folktale, the Fox believed the moon reflected on the riverbed was not what it was, but that it was a desirable piece of cheese. Disastrous as this was for the Fox, these deceptions are what can make light fun. It is a complex force we both use and contend with, and we know the world would not be possible without it.

In this issue of Bolivian Express, we look at ‘light’ in a variety of ways, from the literal to the metaphorical. Our journalists took to the streets, cameras in hand, to capture the ways in which light dances with the landscape to create everyday visual spectacles. After all, photography is light, as many photographers told us. The same goes for cinema, whether delivered in a theatre on film or streamed to a laptop – light is the key component in the creation and dissemination of images. We looked at artists who are playing with light to create intense sensory experiences. And we learned from the miners and fishermen who spend unusual amounts of time doing their work in the cover of darkness.

As a metaphor, light is useful in the formation of phrases and the development of ideas (think: ‘see the light’). We wrote about various methods of enlightenment, both intellectual and spiritual, and also how convicts in Bolivian prisons are preparing for their lives ‘in the light of day’.

In his article In the Arms of the Moon Goddess, writer Nikolaus Cox outlines the importance the moon has on both the residents and visitors to Isla de la Luna, on Lake Titicaca. This is a place where different cultures for millennia have been finding solace, strength and meaning under the canopy of the moonlight. This island holds on its shores a history of light that is as profound as it is ancient.

Too bad for our friend the Fox that he did not see the moon for what it truly is.

But again, that is what makes light so interesting. In its role to clarify and reveal, sometimes it can only confound, confuse and amaze. 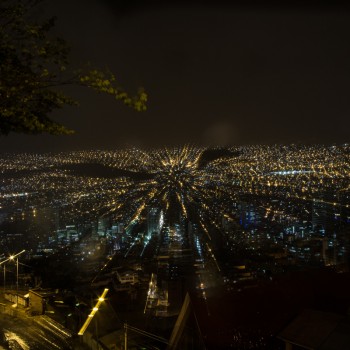 A PHOTOESSAY BY ANNA BELLETTATO 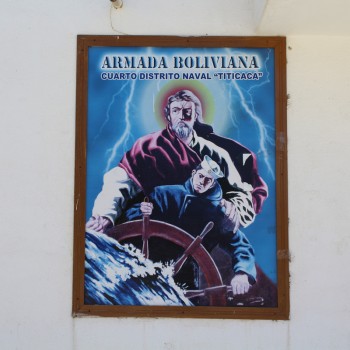 Photo Credit: Nikolaus Hochstein CoxThe Bolivian Navy and the Light of Hope‘We don't need a sea and we don't need a navy’, my bartender assures me. ‘The bid for access to the Pacific is ancient h... 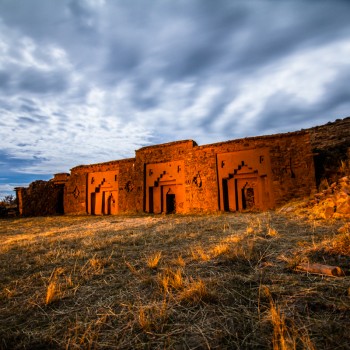 In the Arms of the Moon Goddess

The elderly Aymaran woman runs about the circle with almost supernatural vigour, touching each of our bowed heads with the wrapped sacrifice. She whispers a breathless incantation, and all I hear is o... 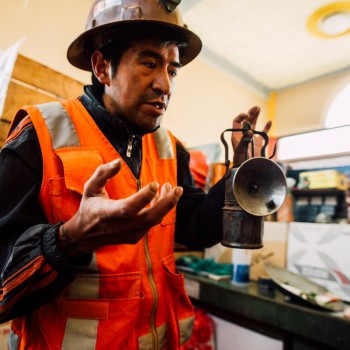 Of Mines and Men

A world without light: terrifying for all, unimaginable for most, a daily reality for the miners of Potosí. Inside the bocamina, there exists a darkness beyond the lack of sunlight. Workers face the t... 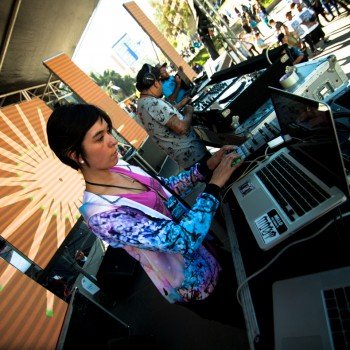 Not the Same Old Song and Dance

The Rise of the Video DJClubs have traditionally been a predominantly auditory experience. With their eyes half-shut, dancers move around dark dance floors with no sensory distractions other than the... 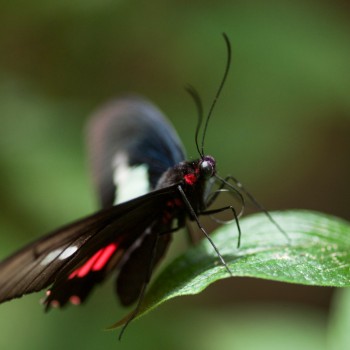 Have you ever seen a colony of butterflies travelling? Or more specifically, have you witnessed their journey through the trees covering the lowlands of eastern Bolivia, filling the lush green canopy... 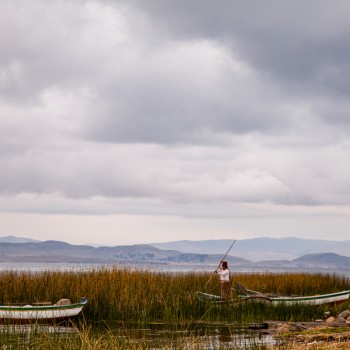 Up Before First Light

Lake Titicaca’s Millennia-Old Fishing GroundsThe sun has just risen, the sky is covered with a thin layer of clouds and Demetrio Maite Ramos is motioning for me to join him in his small rowing boat fo... 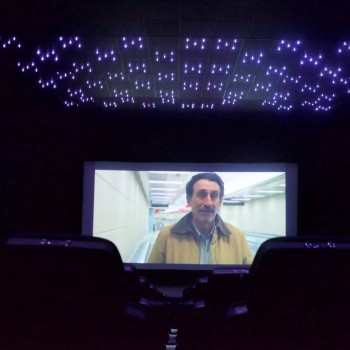 A Three-Pronged Exploration of Contemporary Bolivian Cinema, in BriefIt is a Tuesday afternoon and I am at La Paz’s opulent five-level shopping mall, MegaCenter, complete with bowling alley and ice sk... 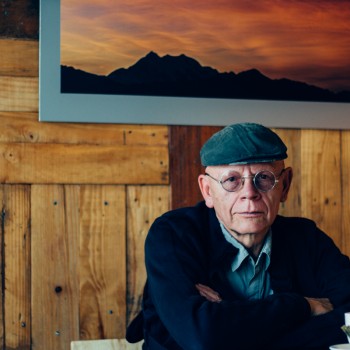 The faces behind the cameraPhotography is all about light. The meaning of the term itself, ‘drawing with light’, reveals the importance of light in this artform. Light is what makes a photo. Cristina... 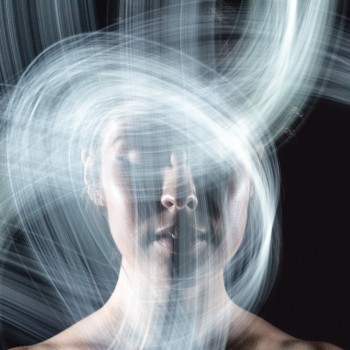 Seeking the light - Both Secular and Religious

Spiritual Enlightenment in Bolivia Can Take Many Different PathsFor centuries, people have sought spiritual enlightenment, yet finding a single definition of the term is difficult: finding a powerful... 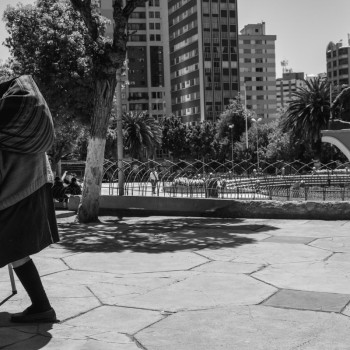