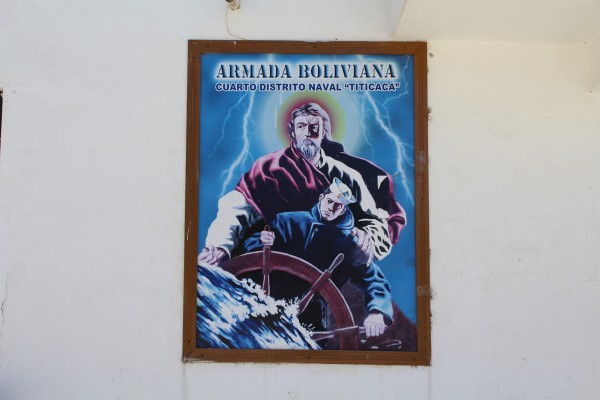 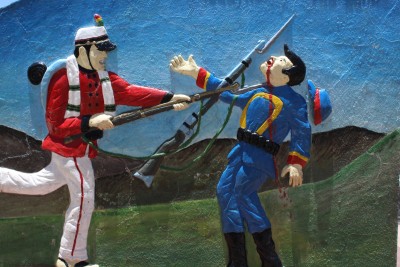 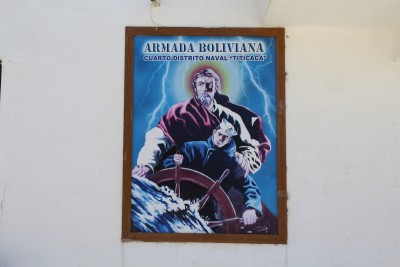 The Bolivian Navy and the Light of Hope

‘We don't need a sea and we don't need a navy’, my bartender assures me. ‘The bid for access to the Pacific is ancient history.’ I am surprised by his reaction – within Bolivia the perceived right to the Pacific coast and pride in the Fuerza Naval Boliviana appears universally upheld. ‘[The navy] is important now, sure,’ he continues, in reference to the current political climate, ‘but it shouldn't be.’

The relationship between Bolivia and the sea has been at the heart of Bolivian identity for over 100 years. Indeed, Bolivia has never truly admitted its 19th-century territorial defeat to Chile. With the recent ruling of the International Court of Justice decreeing that Chile must open negotiations with Bolivia, the cause is again at the forefront of the national consciousness.

I had been looking for a nightcap around Plaza Avaroa when my view was arrested by the monumental bronze statue of a man. Lying in agony, one hand clutching his rifle and the other pointing heavenwards, his face was contorted in a defiant sneer. The plaque below his visage identified him as Eduardo Avaroa, the nation’s greatest hero of the 1879 War of the Pacific. It was a conflict over a coastal stretch of the Atacama Desert between a Bolivian-Peruvian alliance and Chile, and one that concluded in Bolivia losing access to the Pacific Ocean. But I would discover that the loss of the sea means more to Bolivia than one imposing statue.

Nothing visibly represents the nation's desire for the ocean more than the Bolivian Navy. Confined to the rivers of the Upper Amazon and Lake Titicaca, the Bolivian Navy is the sometimes-recipient of mockery from Chile and confusion from oceangoing navies. But the Bolivian Navy does not exist for these detractors but for the Bolivian people. My interest was first piqued by a bronze statue, and now by the discovery of the navy. I was determined to uncover what this organisation meant to the people, as a symbolic and physical entity. My first port of call was the bar where I would at last imbibe that nightcap.

The bartender, pouring Huari a few blocks away from the plaza, had nothing but disdain for the Fuerza Naval. He objected to the greater Bolivian military for the implementation of compulsory service, but held particular dislike for the navy. With no ocean, he sees no need for Bolivia to maintain a navy. After all, the force is too small to wage war; it’s a force created out of nationalist sentiment rather than practical security concerns. Yet my bartender believes the navy was at its strongest as an emblematic power – the plea for the sea transcends political parties, and operates as a symbol of national pride to form a lynchpin around which Bolivia gathers.

Others I spoke to seemed similarly conflicted on the navy's practical use. A taxi driver stated, ‘It's a little late for a navy, right?’ He supports the claim to the sea, but thinks a navy confined to interior lakes and rivers a tardy response to historical slights. But he believes the navy exists as an assurance that one day Bolivians shall regain the ocean. Such a sentiment was echoed by Wendy, my Spanish teacher, who declared, ‘It is the right of every nation to have a navy, but with Bolivia it's a little different.’ In her eyes, the navy exists not as a military but as a wish to ‘reclaim what we have lost.’ The navy is too small to forcefully take back the sea but warrants its existence upon the promise that the sea shall be recovered. ‘As an army it is not strong, but as a symbol it is más fuerte’, Wendy said.

Of all the people I spoke to, few could justify a military cause for the organisation to exist. Andrés Guzmán, a former diplomat and expert on the Bolivian Case for the Sea, was among the few who could: 5,000 kilometres of navigable rivers intersect the Brazilian border. Combating narcotic smugglers on these waterways gives ground for the practical use of the navy, he said. ‘But it is a very important symbol for us too, because we have never lost hope to recover the sea’, Guzmán added.

Indeed, everyone I interviewed agreed that the navy was as strong, if not stronger, as a symbol. It has to endure as a reminder to Bolivians that the sea has not been lost forever. ‘Bolivians are a pacific people’, Guzmán says, meaning that they will reclaim their land not through force but through diplomacy. The navy does not exist as a threat, but an assurance.

Despite being deprived of a coast for 130 years, it is part of the Bolivian identity that there is a right to border the Pacific Ocean – that Bolivians are a Pacific people. This national will is manifested in the Fuerza Naval Boliviana, a navy more powerful in implication than intimidation. It is a visible promise, a light of hope, for the people of Bolivia that one day they will return to their sea.