Not the Same Old Song and Dance 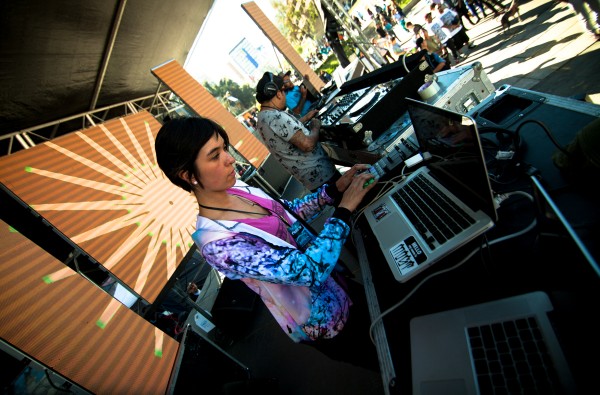 Urban living and The Arts

The Rise of the Video DJ

Clubs have traditionally been a predominantly auditory experience. With their eyes half-shut, dancers move around dark dance floors with no sensory distractions other than the overpowering beats that fill their ears. Yet, couldn't light, images and other visual stimulation enhance, rather than detract from, a DJ set?

Video DJs (or simply, “VJs”) certainly think so. They use names like Heidacraft and Screensaver to inhabit the magical world of the DJ's lesser-known sidekick. ‘People like to make a visual journey’, Heidacraft tells me, who goes by the name Heidi Valda Lanza in the daylight. I take her word for it and decide to embark on my own journey one muggy night in La Paz, to enlighten my VJ-deprived eyes.

Roots Reggae House, located in the centre of La Paz, was a predictably dimly lit affair. Yet a large white screen behind the DJ decks filled the space with a constant flow of visual delights. Psychedelic patterns, fluorescent colours, moving images depicting tribal figures and sprouting flowers, were perfectly combined with the ebb and flow of the music. This was more than a normal night-out. I had come to see a real spectacle.

VJs draw their images from a variety of sources, but their visual sets are never pre-planned. The exact music that the DJ will play is often unknown and the images are meant to follow the music. Daunting? VJ Screensaver doesn't seem to think so. ‘The fun bit - the most fun bit - is that everything is obviously mixed in real time’, she tells me. The surprise element means that versatility is key: ‘You need to be like a chameleon, at least a little bit.’

For Heidacraft, however, blending in is the last thing on her mind. ‘I always try to take people out of their comfort zone’, she says, which is why she often works with psychedelic and surreal designs. The point is to be spontaneous and to flow with night in order to reach the audience.‘If a person is untouched by the set, then it hasn't worked’, Screensaver tells me.

But the work of a VJ can go beyond the screen behind a DJ set. Heidacraft tells me that she has projected images onto mountains, moving vehicles and trees. She shows me a video of LED-covered dancers on a completely black stage. The dancers disappear and spring back into light, in sync with the music. ‘The function of light is important. It has to be like a moving tide,’ she says, ‘Light and then darkness.’

Light, colours, movement: these are the basic tools that VJs work with. Visual games, visual art, visual music. However you choose to describe their work, the adjective will always remain the same. After all, as Heidacraft posits,‘The visual world is infinite, isn't it?’

With the rise of the digital era, VJs have emerged across the world, which means their visual experience is now reaching a wider audience. Their work is only meant to complement the music, but their talents might soon outshine the main event. DJs may need to watch their backs, because their visionary counterparts are beginning to steal the limelight. 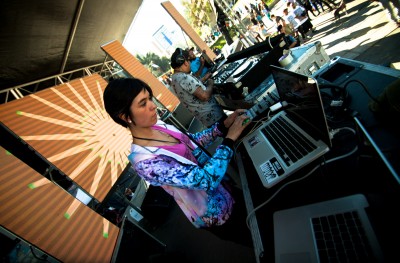