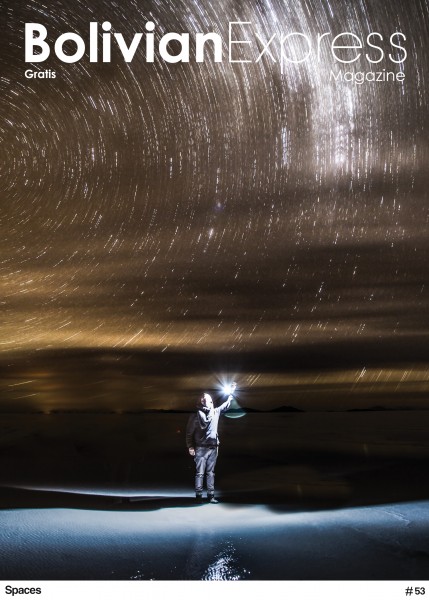 Every Thursday and Sunday, countless shoppers flood the Feria 16 de Julio in El Alto. It can appear that every resident of both El Alto and La Paz come to this single neighborhood, where just about anything under the sun is available for the right price. One can easily be overwhelmed by the mass movements of people, the ebb and flow of shoppers washing the streets with the kinetic energy of commerce.

On a recent trip to this market, I was easily taken over by this flood, bumping shoulders with merchants and shoppers alike as we squeezed down the neighborhood’s narrowest streets. The movement seemed chaotic and more than a little claustrophobic, and in short time I sought respite from the clutter among the ridge above the autopista, the ribbon of road that delivers cars, cabs and minibuses from La Paz up to El Alto.

Below me spread central La Paz. To my right the bright sun ascended towards its zenith, casting a blanket of golden warmth across the city. From this distance, the city seemed calm, serene. Despite the many cracks and crags wrinkling and pocking the face of this metropolis, and the traffic jams and roadblocks I knew were occurring below, it all seemed almost organized.

Bolivia is a complex place, with a diverse collection of environments, from the urban clutter of high-altitude La Paz and El Alto to the most remote and wild lowlands of the Amazon Basin. But what does this diversity mean for individual people in Bolivia? What does this place mean for the backpacker in La Paz lugging her heavy rucksack to her hostel after descending from the bus terminal? For a city resident looking for a rural escape from the urban grind? For the new lovers looking to a plaza for a moment of ‘privacy’? For the llama herder on La Cumbre, who collects the last of his flock and looks upward at the blanket of stars shining above him?

In this issue of Bolivian Express, we set out to explore not so much different ‘places’ in Bolivia, but to dig deeper and to view Bolivia through ‘spaces’. That is, to highlight the diversity of place here, we wanted to go deeper than the descriptive. We set out to take a look at the environments in which Bolivians (and foreigners) navigate their work, their play, their day-to-day life, and how they create and interact with those spaces, consciously and subconsciously. Beyond explanatory descriptions of locations and scenarios, we set out to highlight the relationships between people and the places in which they exist.

In our explorations, we discovered spaces here beyond the physical. We realized that the places around us contain spaces for the cultural, the political, the spiritual, the metaphysical – sometimes all at once.

As I stood at the edge of crowded market day in El Alto and stared down at the irregular patchwork of La Paz’s streets, I gained a sense of the complexity of space here. Each one of the millions of people here are tasked with navigating their way through the places around them – to engage with their environment, to respond to it, to make it their own.

These are the stories we set out to tell. 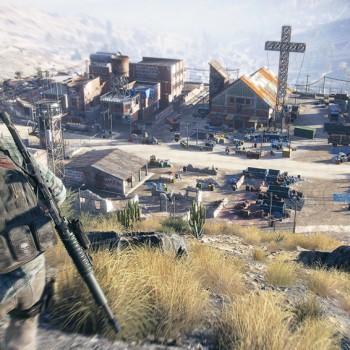 Explore Bolivia from your living room, but don't forget to grab your gunsBolivia is the largest cocaine producer in the world. The vicious Santa Blanca Mexican drug cartel, a rising underworld power a... 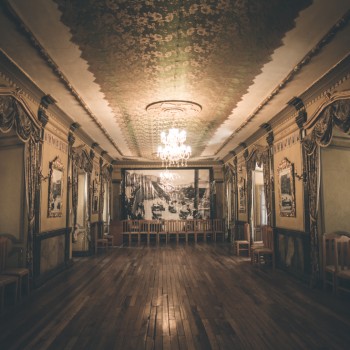 Making Bolivian Culture More AccessibleThe Centro Cultural Torino, located on the upper balcony of Hotel Torino on Socabaya Street, is a small salon with a series of vintage patterned armchairs. The b... 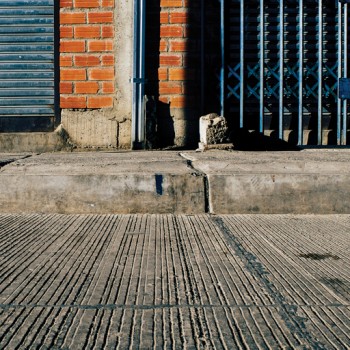 LINES DRAWN IN THE MARKET

The Ins and Outs of a Bazaar RegulationEl Alto's Feria 16 de Julio is an open-air market of 10,000 stalls stuffed with tax-free goods. On market days, Thursdays and Sundays, it is so busy that every i... 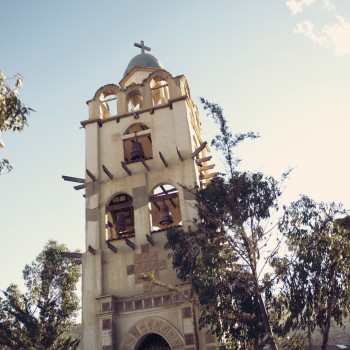 Photos by: Valeria WildeHans Moeller is a German-Bolivian who studied economics and spent part of his life working in the mining industry. Currently, he spends his free time working on astonishing con... 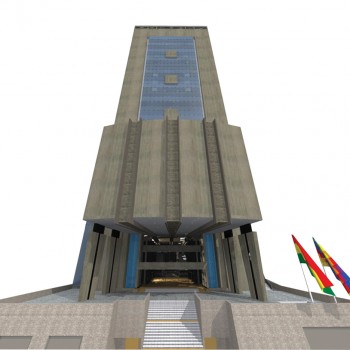 HOUSE OF THE PEOPLE 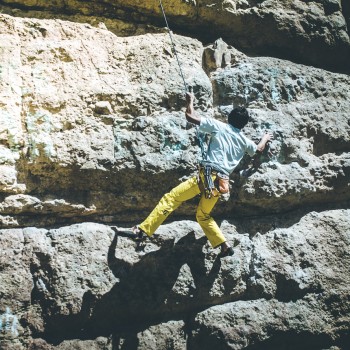 Adventures in scaling La Paz’s natural skyscrapersIt’s a beautiful day in Aranjuez, a valley framed by high-reaching mountains that slope down into a patchwork of winding roads and dusty settlements.... 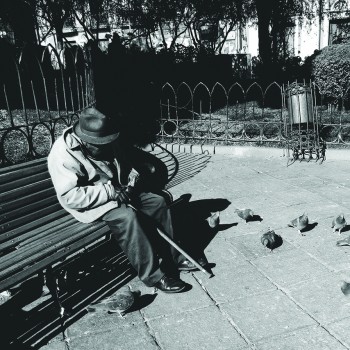 Chaos and calm in the most public of placesAs I sat for the first time in Plaza España, reading my book and watching the world go by, I vaguely wondered why so many different people had gathered in th... 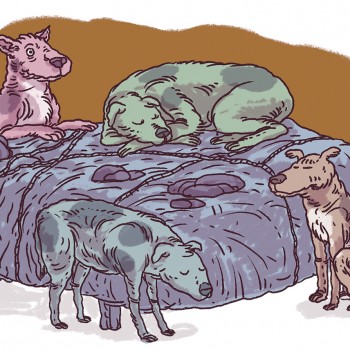 THE DOGS OF LA TABLADA

What do the dogs of La Paz have to offer? Besides their talents as road crossers, dustbin foragers and pedestrian schmoozers, for several stall owners in the Max Parades neighbourhood of La Paz, the l... 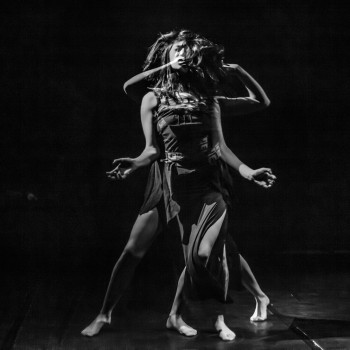 DANCING INSIDE A BOX

Creativity within the city’s small spacesThe show “Solos en La Paz” is a series of solo contemporary dance performances organised by Isabel Aillón. It takes place in a small, black, rectangular room i... 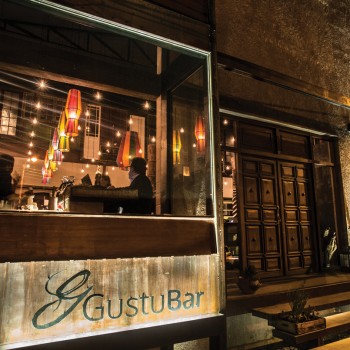 A Nordic Aerie Serving Contemporary Andean SpiritsHis sideburns are almost long enough to dip into the Bolivian beer every time his lips touch the edge of the glass. A light tip of the glass calmly fl... 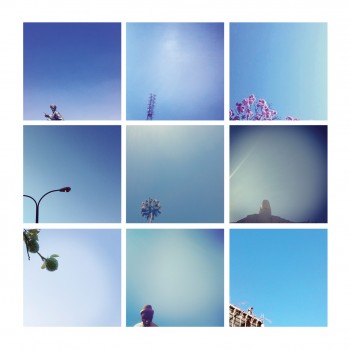 UNDER THE SAME SKY 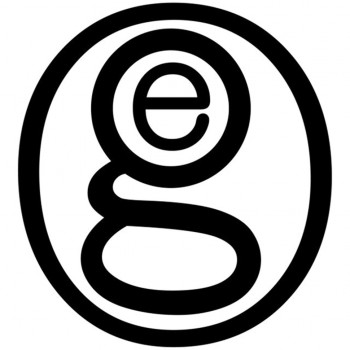 Concrete poetry and the power of the visual in verseBolivian blogger, journalist and poet Paola Senseve uses space to make her readers question the nature of poetry. Using a form called ‘concrete poet... 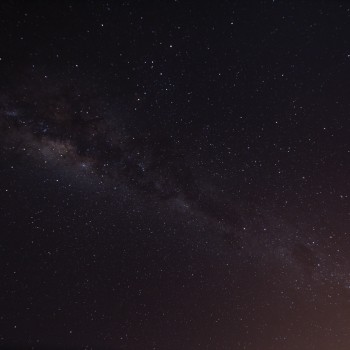 Look into the mesmerising Andean sky on a winter night and it’s easy to understand the jealousy of northern stargazers. Down here, in the Southern Hemisphere, the glowing white band of the Milky Way i... 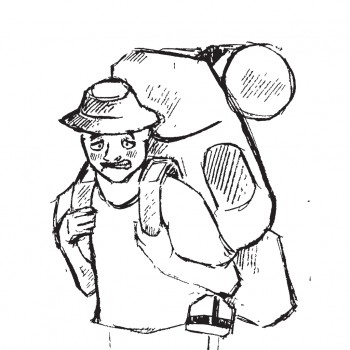 And What to Do About ItSpace is of key value when traveling. Given the lack of room in many modes of transportation, often one’s body remains immobile for long periods of time, which can cause discomf...