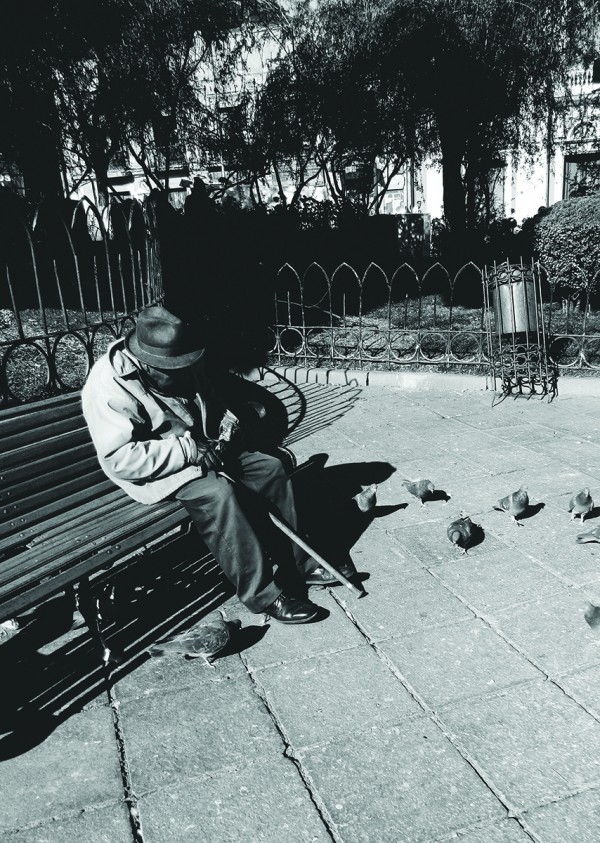 Chaos and calm in the most public of places

As I sat for the first time in Plaza España, reading my book and watching the world go by, I vaguely wondered why so many different people had gathered in the same space on a Saturday afternoon, disturbing the tranquillity of the place with noise, crowding and litter.

Bolivian plazas are cultural spaces that pepper La Paz in all shapes and sizes, but they are not just a geographical feature of the city. These spaces can be an arena to proclaim political liberation, a retreat for the lonely, a playground for families and a haven for young couples.

As I observed the plaza, it seemed evident to me where this unwritten article was headed. This was the first stop on my self-designed, unscientific tour of plazas around La Paz, a study of behavioural patterns of plaza users. I would examine the history of plazas, which were part of geographical grid system designed under the control of the Spanish Empire, and conclude that La Paz has reclaimed the plaza from its colonial heritage, transforming it into a symbol of social liberation and interaction. It was going to be that simple.

To begin my investigation, I knew I would need to visit Plaza Murillo, the most famous square in La Paz, home to the Presidential Palace and the National Congress. It is, according to Lapazlife.com, ‘a tranquil place where visitors can contemplate the country’s tumultuous history while observing a rich culture that lives on through the city’s locals.’

Unfortunately, due to explosions of tear gas and dynamite I was not able to get there. Miners from Potosi were facing rows of riot police on all roads leading to the square. Despite my best attempts to ignore the warnings of bystanders, I quickly retreated with the crowds and took refuge in a pharmacy as the protesters streamed along the Prado.

A few days later, I returned to similar sounds and scenes. The protests continued downtown, only this time the police had fully secured the perimeter of Plaza Murillo. I was allowed to pass only after surrendering photographic identification. In this tense atmosphere, I realized that the significance of Plaza Murillo was more complicated than I had expected.

Plaza Murillo was designed in 1549 according to Spanish laws, which commanded that a plaza be placed in the centre of town for fiestas, ease of trade, organised religion and public buildings, such as jails or universities. Even 190 years after the declaration of Bolivian independence, the security of the plaza is clearly vital to maintaining control of the city.

Nevertheless, the disturbance on Plaza Murillo had also demonstrated the use of this space to exercise freedom of expression in an independent La Paz, in a way that reflects the historical role of the plaza as a site of rebellion against Spanish imperialism. Even the name of the plaza serves as a reminder of this history, commemorating the death of Pedro Murillo, a key figure in the fight for Bolivian independence. The protesters chose this high-profile, historic location for maximum impact and to draw attention to their cause.

Just a twenty minute bus ride into Sopochachi, Plaza Abaroa is surrounded by cafes rather than government buildings. It also saw explosions and protesting from the Potosi miners this month, and panic surrounding a fire outside the nearby German embassy. However, the action lasted just a few hours, without a large police presence, and the following evening the tranquillity of Plaza Abaroa had been restored.

Here, families wander through on their way to the play-area, and dogs flee their owners to play with new friends. Old friends catch up on long benches and couples sit awkwardly, facing in opposite directions, because one wishes to face the sun and the other craves the shade.

Just a few streets away, the silence of Plaza José Carlos Trujillo Oroza, known to locals as the Montículo, bears no resemblance to the hustle and bustle of Plaza Abaroa. Here, the plaza-goers come in twos and they linger around the square, holding hands or cuddling up together on benches.

How wrong I was to expect a one-size-fits-all conclusion about Bolivian plazas! To try and make some sense of it all, I looked at the work of urban sociologist and journalist William H. Whyte, who outlined the criteria for a successful plaza in his 1980 book, ‘The Social Life of Small Urban Spaces’. According to Whyte, plazas simply need comfortable sitting space and climate, access to food and light, and plenty of opportunity for people-watching and social interaction.

I could see that, like me, Whyte had not accounted for the variety and functions of plazas as social spaces in La Paz. So much for the simple conclusion that I had expected. I have found that it is far more rewarding and informative to disregard history and sociological theory and simply watch plaza-users in the act. By observing people, it is easy to see that plazas in La Paz do not have just one category, function or user.

The plaza is a place where friends meet to laugh and cry, lovers enjoy an intimate moment together, and individuals stop to contemplate life in the city. It is also a place for crises and fiestas, which carries the heritage of Spanish imperialism and events of the past. It is a central location for sociability, but also for solitude. It is simultaneously communal and secluded; a public space with a personal significance to its users that is impossible to measure or define.

The question is – which plaza will you go to? 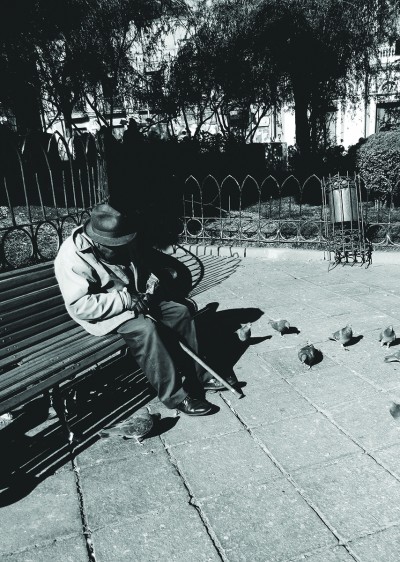