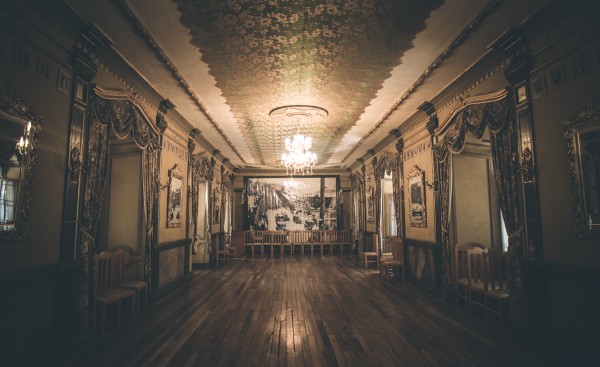 Going Out and Art

The Centro Cultural Torino, located on the upper balcony of Hotel Torino on Socabaya Street, is a small salon with a series of vintage patterned armchairs. The balcony overlooks the central patio, which is surrounded by cascading arches and covered by tables and chairs set out for guests to use at their leisure. I am here to take Silvia Paz Soliz’s class for tourists on Bolivian culture and traditions.

Paz started teaching classes to tourists out of a desire to open their eyes to what is happening around them in Bolivia; however, she has also taught Bolivians and given seminars to schoolchildren as well as policemen. She believes this space for her classes, where Bolivians learn about their own history and traditions in a clear and concise way, is important because the hectic nature of everyday life doesn’t always allow for time to reflect on one’s own traditions and their origination. Furthermore, she hopes that by offering classes to tourists, she gives them something intangible to take away from Bolivia.

Manuel Callizaya, the manager of the centre, says that activities include tango, waltz and cueca dance classes,civic-group meetings and musical performances. ‘The space doesn’t have lucrative benefits,’ he says. ‘Therefore, whatever activity that is carried out here in the centre is for the benefit of the artists – they show what they have produced and if sometimes there are civic groups who come to use the space for meetings, it is for the benefit of the city of La Paz.’

Soon, other artists will be able to find spaces such as Centro Cultural Torino to present their work more easily due to a new project being carried out between TelArtes, a national network of cultural organisations, and the Ministry of Cultures and Tourism. Called El Espaciario: chacras de cultivo cultural en Bolivia (The Spaces Archive: farmhouses of cultural cultivation), the project will map out different independent cultural spaces in Bolivia in order to generate a clearer vision of the depth and diversity of the ‘cultural ecosystem’ across the country. It will also encourage different reflections, proposals, and creations related to cultural promotion and development. Through this knowledge, the project aims to improve public policy and encourage private and public participation in the financing of cultural projects by gaining a greater idea of how each cultural space works economically, and the contacts and connections that it has with the culture. Through the project, TelArtes and the Ministry of Cultures and Tourism are working to develop a ‘Law of Cultural Spaces’ that will give greater economic and legal support to certain artistic venues.

The map will solve a primary issue in the cultural sector of Bolivia, namely, the lack of systemized information of the different cultural spaces and their resources. The Ministry of Cultures and Tourism will be in charge of documenting all public spaces, beginning the process in August, whilst TelArtes will register all private and independent spaces (which it has already started, in July in Cochabamba).

All private cultural spaces dedicated to the visual, dramatic, musical, audiovisual and literary arts, as well as heritage repositories, may be included in the TelArtes registry. To be included, all spaces must meet certain criteria: they must be independent spaces managed by the civil sector; they have to be at least three years old; they have to feature at least twelve cultural activities per year; and their primary aim must be cultural, not commercial.

The Centro Cultural Torino is a perfect example of such a space. Constructed in 1626, the building that houses the Hotel Torino itself reflects Bolivia’s social and cultural history, with its colonial-era patio and republican façade, as well as its continued modern service in the La Paz of today.

In 1980, 33 years after the opening of the hotel, the Centro Cultural Torino was founded. It is an open space, available to all types of artists as well as civic groups who have frequented the centre to make important decisions that have affected Bolivian society outside of its walls. There is no charge for artists to present their work in this space, and the artists are at liberty to charge a small sum for their work.

Cultural spaces such as the Centro Cultural Torino are important for the artists, the industry and Bolivian society itself. This sentiment is echoed by Lil Fredes, one of the researchers for the project, who believes that ‘cultural spaces are essential for cultural development because they allow for dialogue and different encounters between artistic and cultural proposals and citizens exercising their cultural rights. They are spaces of creation, innovation and management that create opportunities not only for the artists or curators but also for Bolivian society itself.’ She has noticed that, through the research already carried out, they have witnessed how these spaces have allowed for neighbourhoods and the sectors around them to be more secure because of the way people use them: ‘They fulfil the premise that security doesn’t depend on cameras or vigilance but on the life of the community of the city,’ she says.

If the Centro Cultural Torino were to become part of the El Espaciario program, it would be part of a book and online webpage, which will hopefully improve the artistic process where different cultural actors from industries as well as the artists themselves can find what they need more easily. The map will be available on the TelArtes website for private spaces, and for public spaces there will be a map on the Ministry of Cultures and Tourism’s website. For people like Manuel, who manages the Centro Cultural Torino, and for Paz, this project may, in the future, help them to form better connections with other cultural spaces and actors as well as receive different forms of support from the government and private institutions.

Manuel is enthusiastic about the project and believes it will allow for better promotion of cultural and civic activities as well as the ability to connect with other centres doing similar things. ‘If others can help with our cultural activities, and, if through the Centro Cultural Torino we can help other civic centres, other cultural activities, other centres that often have these types of musical performances—as well as them being able to be in contact more with this centre—it is, of course, very welcome.’

Recently, the Centro Cultural Torino hosted an event linked to the MERCOSUR Patrimonio Intangible/Inmaterial (Intangible Heritage) workshops, celebrating the tradition of the cholita through the catwalks of Promociones Rosario, a project aimed to promote and preserve the tradition of the cholita. Such events as these, as well as those of Silvia Paz, will be important in the preservation of culture as well as the creation of new forms and traditions. The project can only help in these processes and show the diversity and richness of culture throughout Bolivia.

You can find out more about El Espaciario on Facebook, Twitter (@TelArtes) and Instagram (TelArtes_Bolivia) or on the TelArtes website. You can recommend different spaces for the map through the following form: http://bit.ly/espaciarioform  or you can e-mail espaciario@telartes.org.bo. 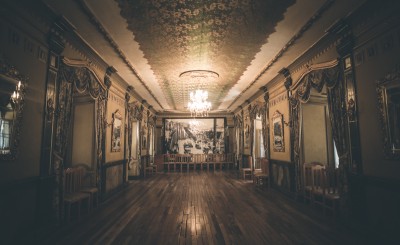