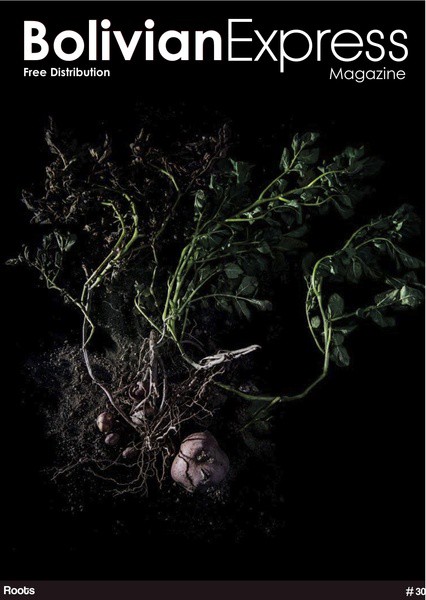 'La tierra es de quien la trabaja'—'The land belongs to those who work it', proclaimed the Zapatistas at the turn of the 20th Century, as Emiliano Zapata spearheaded the historical movement which we now remember as the Mexican Revolution. 40 years later, this same slogan propelled Bolivian campesinos to demand broad socioeconomic changes in a country which hadn’t yet granted them basic citizenship rights, let alone recognised they made up over 70% of the country’s population. A broad-sweeping Agrarian Reform followed in 1953, giving these peasants unprecedented ownership and control over the land they worked on. The Bolivian Revolution of 1952 also enfranchised women and those considered illiterate (a convenient proxy for campesinos), causing a fivefold increase in the number of people eligible to vote.

These moves planted the seed for much deeper changes to come about; while campesinos and indigenous peoples were considered equals under the law after the Revolution, social attitudes took decades to adjust, if they can be said to have adjusted at all. The election of Evo Morales as Bolivia's first indigenous president has brought with it processes of political revindication and a resurgence of identities lost in time, though race remains painfully equivalent to social class to this day.

Yet the relationship between Bolivians and the land, its soil, and what lies underneath it, dates back to centuries before the Revolution of 1952. The peoples who have inhabited the Bolivian territories over the decades and centuries have had much more than a socioeconomic relation to the land. The ancestral significance of what lies beneath the surface is cosmic and spiritual.

The Pachamama is the name given to that which underlies and sustains all known existence (from ‘pacha’, which means ‘world’ or ‘universe’, and ‘mama’ which means ‘mother’). Unlike Christian religions which look upwards, and beyond what is visible to the human eye, to understand their world and position within it, the inhabitants of the Andean plains have traditionally looked beneath them to the land that feeds them and on which they stand. They also look around them at the mountains—Tunupa, Illampu, Mururata, etc, all of which are gods—from where water flows down streams to irrigate the fields, and at the sun, Inti, which shines upon them and gives life to everything known upon this earth. Their existence and spirituality are thus deeply rooted in tangible manifestations of the physical world. It is for this reason that some see this set of beliefs as a cosmovision (worldview) instead of a metaphysical conception of the world (which has an undeniable immaterialist air to it).

Perhaps no crop captures the spirit of the region better than the potato, around whose harvest cycle communities in the Altiplano organise many festivities. In his research ethnomusicologist Henry Stobart documents the anthropomorphisation of these tubers. They are attributed eyes and even ears, which they need to listen to the huayño music that is played for them to encourage their adequate development. Potatoes are considered to follow the human lifecycle, and thus must be tendered as wawas (babies), in order to allow for a good harvest. Wilmer Machaca (see p.XX) delves into the world of la papa to understand its local and international significance.

Yet there’s a certain poetic over-simplicity to these pictures and it’s easy to get carried away. We’re invited to picture an austere campesino dutifully working on just enough land to sustain themselves and their family, or to barter their produce with neighbouring communities to achieve self sustenance. That image of the benevolent shepherd upon a cliff playing a flute in solitude against the elements.

Traditional methods used by farmers in these regions are experiencing a resurgence in the global economy. While in decades past the largest and most unblemished fruit were seen as the most desirable, during the mid-90s they started to cause suspicion, amid scares of the unknown harm that could come from genetically modified crops grown with the help of powerful pesticides. The organic standard thus became the norm among conscious customers, primarily in the rich countries. This brought markets back in time (or across the globe) to growers and producers who, due to ideology or lack of technology, didn’t take part in the evils associated with new production methods. Danielle Carson (see P.XX) conducts her research around producers and consumers to understand the impact of these global trends in the country. It seems the country’s growers have little notion of what organic is, making the country’s produce either accidentally organic, or far from this standard (read: full of pesticides), despite the archaic production methods.

The government and those who work with it to construct a new state vision, have capitalised on these vague ancestral notions to propose we should live according to a principle they call Suma Qamaña, which posits a philosophy based on ‘Living Well’ in contrast to ‘Living Better’ (which is taken to the capitalist ideal). As Ryle Lagonsin (see P.XX) investigates, there are questions around whether these ideas are genuine interpretations of the millenarian cultures which inhabited the region before colonisation, or whether they come with a dose of invention, or are even ‘imagined’, to use political scientist Benedict Anderson’s terminology. The genesis of these ideas is certainly debatable, though the principles they capture certainly provide an interesting spiritual alternative which can prompt Bolivia and its citizens (or if the government has its way, even people from other countries) to rethink their values and priorities. In the meantime, it remains to be being seen whether this paradigm can be translated into implementable economic policies. Not to mention the fact that, even if correct, this ancestral knowledge only captures the spirit and ideology of a portion of one or two nations in the country, out of the 36 which the government officially recognises in the constitution. Alexandra Meleán (see P.XX) visits Uyuni during the winter solstice to examine the celebration of state-sponsored calendrical events, questioning to what extent they can be seen to represent the multiplicity of nations across the country. Perhaps the Andean-Amazonian construct is just that, a construct.

It’s not hard to romanticise this ancestral cosmovision while overlooking the real practices of the people who live on the earth and feed on these roots. Contemporary Aymaras are undoubtedly rooted in their customs, though their postmodern-day (read: present day) exemplars are better known for their business acumen, and can even be said to have colonised other regions in the country through capitalist means, spending their newly-acquired wealth in a frenzy of hyper-consumerism (find any preste for an example of this). The picture that emerges is not a colourfully romantic Mamani Mamani painting, but that of an uprooted country where syncretism, along with all of its contradictions, is the norm. It is the picture of a country looking for roots among all the diversity of its present, rather than one of a country able to find them within its past.

Yet in choosing roots as the central theme for this issue we haven’t only wanted to explore the earth and its significance in the literal sense. Maricielo Soliz (see P.XX) meets the Chinese owner of a restaurant to understand what it means to set down roots in La Paz coming from over 10,000 miles away from home. And Caterina Stahl allows us the privilege of accompanying her on her journey back to her origins as she returns to her birthplace of Oruro where she was abandoned and adopted 21 years ago. 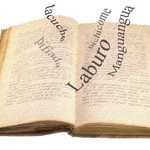 In this section you will find English translations to some of the Spanish, Aymara and Quechua terms used in our articles.  Feel free to contribute to this page with your own definitions in the... 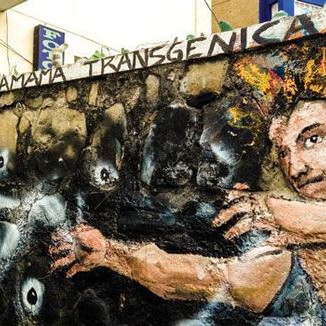 While consumers have become more and more conscious, producers are fighting to manifest this consciousness in the food they produce. Traditional production techniques are simple, and agriculture just... 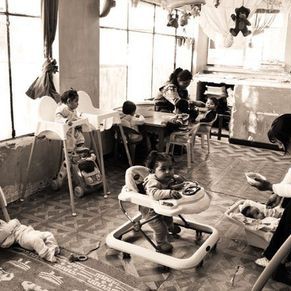 Caterina Stahl was abandoned twenty-one years ago in Oruro, Bolivia, as an infant. Adopted by parents from the United States, she has lived there her entire life. She returns to revisit places only kn... 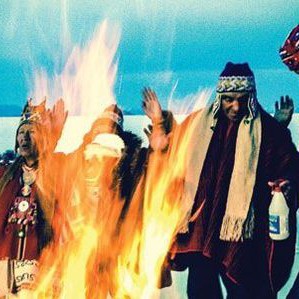 A celebration of identity and culture on the salt flats Extending its reach beyond the sacred site of Tiwanaku, in 2013 the government has decided to hold further celebrations for the Aymara New Yea... 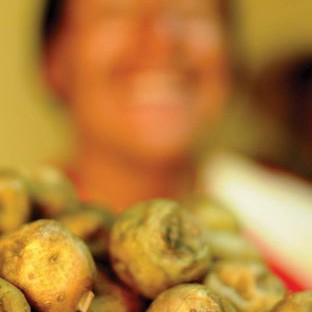 The Roots of the Andes

In Bolivia, culture, civilization, and the Andean market economy revolve around the cultivation of the potato.  Photo: Juan Manuel Lobaton ‘All of the greatest cultures and civilizat... 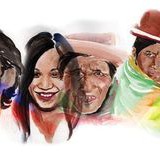 Travelling 20,000 km from the Philippines, Ryle Lagonsin arrives in Bolivia to find chilling parallels between the countries’ regionalism and identity crises. Can either set of nations disentangle the... 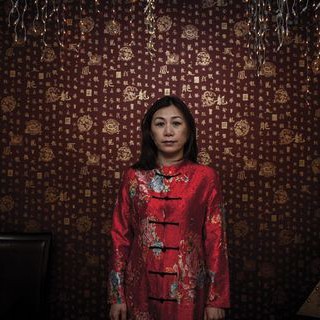 From the Great Wall to the Andes

Setting Down Oriental Roots in the Andes Photo: Michael Dunn Caceres What does it mean to be Bolivian? Does it require listening to Morenadas , eating salteñas; and drinking Paceña ?... 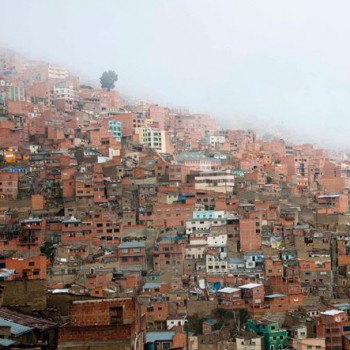 Understanding Suma Qamaña from the Outside 'We, the indigenous peoples, only want to Live Well, not better. Living Better is to exploit, plunder, and to rob, but Living Well is to live in brot...