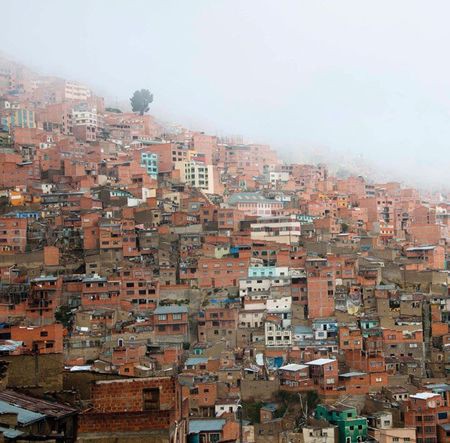 Understanding Suma Qamaña from the Outside

'We, the indigenous peoples, only want to Live Well, not better. Living Better is to exploit, plunder, and to rob, but Living Well is to live in brotherhood.'
- Evo Morales

In the cold Andean regions of Bolivia—the Tierras del Altiplano—when a man and a woman form a union, it is customary to hold a great feast to formalise the matrimonio . The celebration, filled with music, dance, and drinking, is a way of revering and thanking the gods, and of publicly recognising the bond. After a moment of reflection and marital advice, the community wishes the pair well-being — that they do not only live well within their own world, but that they live well with all other worlds.

This was how I understood Simón Yampara's first explanation on the origin of the Suma Qamaña concept. It was an ideal, he told me, a desired state that not only meant good life, but the accomplishment of holistic well-being.

Sitting across the table and shifting his gaze from his hands onto me, the Aymaran sociologist, who is credited as the primary proponent of this concept, talks with ease as I struggle to get all of his words onto my notebook. As he delves into history, he introduces me to a breadth of Aymara terminology which, for the sake of not interrupting him, I decide not to ask him to repeat. His second explanation was arguably more interesting.

'I was not convinced by the Marxist Theory of class struggle,' he said. 'So, I went back because I wanted to find out what these concepts and what the economy meant in an Andean setting. But then, I found out there is no Aymara word for “economy.” The closest idea they had was actually more all-encompassing, and that was Suma Qamaña.'

I will admit I do not know much, if anything at all, about Bolivian politics and economics. I may have shallow knowledge about some issues, though I know two months in this country is not enough to learn about them in detail. However, having come across one of the more interesting and, perhaps, controversial topics to spring from none other than this country - the issue of 'Vivir Bien' - I decided to take advantage of my stay here to at least acquaint myself with this intriguing ‘new’ idea.

El Proceso de Cambio is the name given to the broad-reaching social and political changes the government credits itself for putting into motion during the presidence of Evo Morales. According to the administration, necessary changes must be made for Bolivia to attain true nationhood; and these, so far, have included the nationalisation of energy resources, dismissal of foreign firms, the banishment of the United States ambassador, and most recently, the expulsion of USAID, the US aid agency.

But what has arguably been the most striking governmental action attributed to this process, was Morales's denouncement of neoliberal economic models and his proposal of an alternative paradigm. In declaring capitalism as the ‘Path towards Death,’ he presented a set of commandments that would supposedly serve as a means to save not just Bolivia, but humanity and the planet. The tenth, and last, of these being a ‘revolutionary’ concept that allegedly takes its roots from the ancient Andean Cosmovision.

This paradigm, supposedly based on respect, reciprocity, and harmony with beings in coexisting worlds, is the Morales Administration's proposed replacement to the selfish and destructive Western models of development. Achieving growth through the revival of the indigenous relationship with Pachamama, or Mother Earth, is the 'Path to Life,' according to Evo Morales. This is El Vivir Bien. This is Suma Qamaña.

Admirable as it may sound, however, there have been several reservations regarding Suma Qamaña's viability as an alternative to capitalism and/or ‘traditional’ socialism, within the country and outside. Though certainly ideal as a theoretic construction, it seems far too vague for realistic application, and its origin and translation leave much to be answered as well.

'Indigenous Bolivians are principally pro-development,' says Pedro Portugal, director of the Bolivian newsletter Pukara. ‘They want to produce, they want to work. But the government romanticised the image of the indigenous peoples and made it inconsistent with reality. The people described in this Suma Qamaña could never be found anywhere because there is no such place. Suma Qamaña cannot even be found in indigenous political history. It just suddenly emerged.'

According to him, the Suma Qamaña presented by the government — the communitarian utopia occupied by ‘good indigenous people’ who consecrate nature and whose dedication is mainly on the preservation of their ancient way of living — is a myth. Real Andean Cosmovision is more linked to progress and that is what the indigenous, like most other people, want for themselves, he says.
'The indígenas are communitarian due to survival, not for its intrinsic virtue. The same people who are communitarian in the campo, when they go to the city and encounter economic and social changes, inevitably become individualistas,' he continues.

The government's basis for this developmental paradigm may not just be weak, but made up altogether. In fact, the vision it advances may not even be all that different from prevailing economic systems. At least, not as it would seem from what the government is actually doing. Judging by the fact that a large portion of Bolivia's national income still comes from the extraction and exportation of non-renewable resources, the internal contradictions are not at all hard to make out.

'Suma Qamaña is what the government uses in discourse, but in reality, the Bolivian economy works under the classic system of capitalism. The government sells raw materials — for example, gas to Argentina and Brazil. It sells to anyone who wants to buy. It takes place under real economic mechanisms. The problem of the government is that it has to get out of its own contradiction with reality. Anything the government does is bound within the limits of the classical world. It has to stop distorting practice and discourse,' declares Portugal.

'Suma Qamaña is a paradigm of life,' according to Simón Yampara. 'But there are different kinds of good living for every type of person. Every horizon needs to be respected.'

Emphasising that the application of this idea as an economic concept would be equivalent to reducing its essence, he adds that the scope of Suma Qamaña goes beyond just this world. As far as it is concerned with material well-being, it also involves an important spiritual dimension. It never covers only one aspect.

So does this ultimately mean the government is not actually adhering to the paradigm it is supposedly reviving? Perhaps. The main problem is that the idea by itself remains too abstract and its lack of specificity makes it inevitable for action to contradict words. It is an arguably valiant cause to strive for this ideal, but as we might have known by now, what good is differs for every person. Who is to say, then, what is involved in Living Well and what Living Better consists in?