From the Great Wall to the Andes 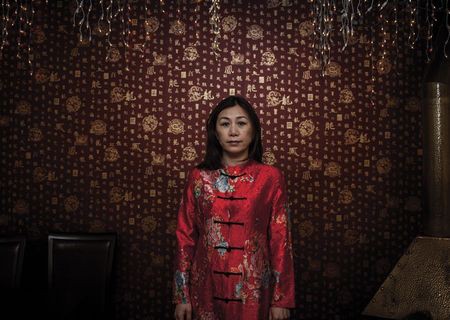 Setting Down Oriental Roots in the Andes

What does it mean to be Bolivian? Does it require listening to Morenadas , eating salteñas; and drinking Paceña ? Does one have to have Bolivian blood in their veins, Bolivian roots in their lineage?

There is no an exact answer to that question since many Bolivians have different views of what being Bolivian is. Many people would argue that what truly makes a person Bolivian is the desire to feel like one. After all, people cannot embrace the traditions of the country’s culture if they do not see themselves as Bolivians in the first place.

This is the case of Lu Qing, a 50-year-old Chinese immigrant who, even though she was born in China, considers herself to be very paceña—simply because she feels like one.

Lu Qing’s story is full of adventure, with failure and success in equal measures. It’s representative, too, of stories of many Chinese immigrants who end up in Bolivia and consider themselves to be Bolivians with Asian roots.

Many Chinese immigrants first established communities in Bolivia during the late twentieth century. Job opportunities in mining and agriculture attracted them to Bolivia with the promise of a better life. As a result, Chinese immigrants settled in Bolivia and created a new home for themselves far away from their native country.

‘It has been sixteen years since I arrived from China’, Lu Qing declared with a nervous smile and a candid look in the comfort of her beautiful classic looking Chinese restaurant located on Avenida 20 de Octubre in Sopocachi, La Paz.

Lu Qing decided to come to Bolivia with her family in 1997 to find work. She was 34. Her husband and uncle had bought some land in Bolivia, on which they wanted to develop a gold mine. But right after they arrived, her husband lost all the money he had invested in the mine. ‘It was very hard for my family’, Lu Qing says.

However, Lu Qing and her husband dusted themselves off and decided to open a Chinese restaurant—or, as they’re known in Bolivia and Peru, a chifa . 'I needed to pay for the education of my child,' she says. ‘I needed to survive, so I worked hard to open a chifa’.

The word chifa emerged in Peru during the 1930s. Originally from the Cantonese language, it means ‘eat rice’. The popularity of chifas increased enormously during the nineteenth century, and later became part of the culinary tradition of Peru. As a result, the term became popular in other parts of Latin America.

Chifas in Bolivia serve a variety of dishes that contain noodles, rice, seafood and meat, just as any other Chinese restaurant. However, Bolivian traditions are mixed in. For example, minced rocoto pepper usually accompanies the soy sauce in Bolivian chifas, and typical Bolivian drinks, such as mate de coca and chicha , are served.

After much work and effort, Lu Qing and her family made it through some very difficult times, but eventually were able run a successful chifa.
‘It was my Chinese roots that allowed my business to become successful’, Lu Qing says. She points to the fact that she grew up in China, where she was taught from a young age to be disciplined and punctual. She considers those qualities to be extremely important for everything she has achieved.

‘My chifa always does well because it is punctual. It serves food of quality and it has a responsible staff’, she says. ‘I could not have done it otherwise.’

Although Lu Qing’s Chinese roots are an important aspect of her life because they represent who she is, living in La Paz for so long has influenced her too. ‘I love the food and music from Bolivia’, she says with excitement. ‘I learned to speak Spanish in Bolivia, and I have so many Bolivian friends that I feel Bolivian.’

Lu Qing believes that her personal attention and interaction with her customers is fundamental to the prosperity of her business. ‘I am a people’s person’, she reveals.

Because Lu Qing decided to adopt the Bolivian culture as her own, instead of looking at it as foreign, it made her new life in Bolivia easier, and it allowed her to assimilate into Bolivian society rapidly. ‘I like to learn about the Bolivian culture because Bolivia is my home’, she says. ‘It is the place where I live now.’

But the adoption of a new culture in Bolivia can also run the other way. The presence of Chinese people in La Paz has also motivated some Bolivians to adopt certain cultural aspects of the Chinese. ‘Many Bolivian people like Chinese culture’, Lu Qing says. ‘Many of my clients like to practice tai chi, because it is good for the health, and others love to drink Chinese tea.’

The Chinese language itself is also becoming increasingly popular. ‘Many students study Chinese in the schools and universities regularly now’, Li Qing says.

Looking at the small world that Lu Qing has build in La Paz for her and her family, it can be seen that many Chinese immigrants to Bolivia have created a new life far from home by adopting Bolivian culture.

However, in their quest, they had not forgotten their own roots; instead, they seek to integrate them within the Bolivian culture in order break racial stereotypes and create an alliance that can improve the relationship between the Chinese and the Bolivian communities.