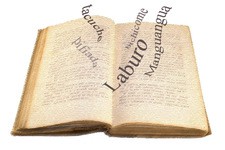 In this section you will find English translations to some of the Spanish, Aymara and Quechua terms used in our articles.

Feel free to contribute to this page with your own definitions in the comments section.

Altiplano: The Andean high plateau extending through the western region of Bolivia

Ají: Local term for combination of spices and hot peppers from the Capsicum family. Can be ground dry or prepared in a paste

Anticuchos: Sliced and skewered beef hearts, a traditional late-night meal in the Andes, typically served with potatoes and a spicy peanut aji

Aptaphi: Andean buffet. It is a meal collected and shared in community, being it a group of friends, family or a larger organization

Aruskipasipxañanaka: ‘It is my personal knowledge that it is necessary for all of us, including you, to make the effort to communicate’

Ayllu: Political, social, economic, and administrative unit of the Andes

Bolsita: ‘little bag’, a common term to denote the soft plastic bags in which drinks are sold across the city.

Camba: Colloquial term for someone from the eastern lowlands of Bolivia, more specifically from Santa Cruz

Chicha: A drink made out of corn

Chuño: Freeze-dried product obtained by exposing a variety of potatoes to very low night tempera- tures, freezing them, and subsequently expos- ing them to the intense sunlight of the day

Copa América: A football tournament held every four years in which 12 national teams from across South America come head to head

Criollo: Used in Colonial times to denote a person born in South America from European parents

Guapa: Term used to refer to an attractive woman

Institutos: Educational institutes (in the context of the piece)

Mallku: Meaning condor, it is the name given to community leaders in Aymara societies

Munaña (Querer), Waylluña (Amar): Love. In Spanish, there is a difference between Querer which is ‘To want’ and the stronger term Amar ‘To love’

Paceño/a: Of or relating to the city of La Paz

Pajpakus: Derived from the quechua word for owl, it is the name given to wandering salesmen renowned for their oratory skills

Pesq'e con leche y ahogado: Quinoa based dish with milk and a rich and spicy sauce

Preste: Big party offered normally by a wealthy member of a community, most of the time it is part of a larger celebration such as Gran Poder festival

Servir: Servirse is a colloquial expression in Spanish which refers to the act of someone helping themselves to something

Sirwiñaku: Probation period before marriage in which the bride-to-be lives for some time in the house of her in-laws

Tarijeños: From the city of Tarija

Totora: A reed found in Lake Titicaca, used to build the floating islands

Uña de gato: Woody vine found in the jungle used to cure diseases such as cancer

Willakuti: 'Return of the sun,' in Aymara

Yapa: Bonus goods obtained from a seller a part of the haggling process