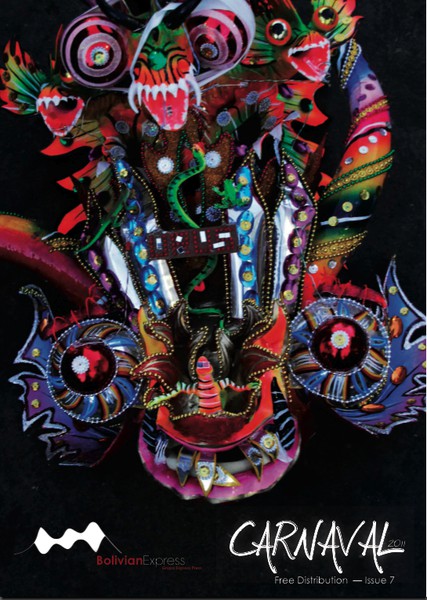 Before I arrived in Bolivia, you said ‘carnival’ to me and I’d have thought Rio de Janeiro. I might have been vaguely aware that New Orleans Mardi Gras had some kind of connection too, but I had no idea that London’s Notting Hill Carnival in August came from Trinidad & To- bago’s wildly sumptuous pre-Lent festival, or that Bolivia itself celebrates ‘el Carnaval’ more than Christmas . All the carnivals that recently took place around the world are set by the Christian calendar, and derive from the feasting and worship that traditionally take place before the period of self-denial during Lent, which began this year on Wednesday March 9th. But as you can read in the interview with historian and former Culture Minister Fernando Cajias on page 6, Carnival has its origins in Classical Greece and Rome (and perhaps, it is claimed, in ancient Egyptian worship of Isis and Apis). The requirement to use up all your meat, butter and eggs recalled those earlier pagan festivities, pe- riods of Saturnalia between what later became Christmas and Easter, during which license and liberation were celebrated and the usual social order turned on its head. The chance to go wild under disguise was as tempting to our ancestors as it still is to Bolivian teenagers (and grandmothers) armed with cans of espuma. Meanwhile the February harvest period in Bolivia - like the impending spring in the northern hemisphere - helped enmesh the Catholic carnival which the French and Spanish brought to the New World with the cycles of nature and the animist beliefs which celebrate them in Andean society. Along with the rest of the BX crew, I spent the Saturday of el Carnaval in Oruro (you can find first person accounts of the event on page 16, and a feast of photographs throughout). It was such an unbelievable sight that I outright forgot I’d only had an hour’s sleep the previous night. As with carnival everywhere, very particular circumstances - to do with the mining industry and an appearance by the Virgin of the Candlemas in a certain cave - have given Oruro its idiomatic ceremony, and the slightly awkward-sounding accolade of ‘Masterpiece of the Oral and Intangible Heritage of Humanity’ which UNESCO has bestowed upon it. The sheer effort that has gone into this spectacularly visual celebration is mind-boggling, with handmade costumes that defy belief as well as gravity (read more about how these are painstakingly created on page 12). To be able to handle the high heels, huge headpieces, or heavy heat of a bear costume (symbol of ancient beliefs of the local Uru population) while dancing the Morenada or Tinku all day for three days straight is no mean feat. Dancing, music, and a liberal dose of alcohol are the key features of ‘el Carnaval’ for most foreign visitors. But given the deeply symbolic nature of the dances - which include Caporales, Diablada, Kantus, Kullawada, Llamerada, Morenada, Potolo, Pujllay, Suri Sikuris, Tinku, Tobas and Waca Waca - what’s it like to take part in one as a foreigner? Find out in our interview with two French participants on page 14. Back in La Paz we ate pancakes on Shrove Tuesday (Mardi Gras, Martes Gordo) to the accompaniment of a million fire- crackers, part of the enactment of the ch’alla. In Aymara tradiiton this is the day of Pachamama and Kunduru Mamani in which talismans are bought and flower petals scattered to bring luck and prosperity at work and home. So all it remains to say is enjoy our carnaval Special, good luck to you, and put that chocolate down, it’s Cuaresma! 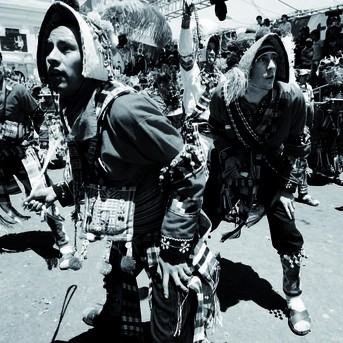 "Live this joyful moment - and share it with friends" The Oruro Carnival is Bolivia’s biggest cultural event of the year, but what’s it like to be a foreigner dancing in the opening parade of thi... 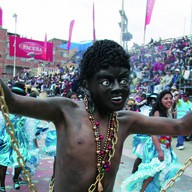 Oruro. Sounds tropical doesn’t it? Well, if you’re ever lucky enough to be in Oruro to experience the Carnival, an extra layer of clothing will go a long way! Alternatively you could take advantage of... 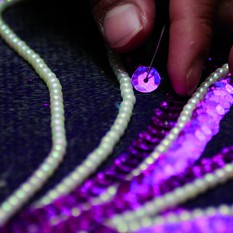 Since arriving in Bolivia in February, I’ve been looking forward to Carnival, and my experience in Oruro last weekend certainly didn’t let me down. Colourful streamers, confetti and banners lined the... 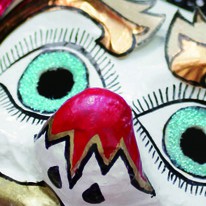 Taking time to learn about some of the characters and costumes of carnival leads to an understanding of the importance and sincerity of the homage that oruro - and other bolivian communities - pay to...

The devil’s in the detail

One of many ways to show gratitude, an image that allows us to remember the huge impact of the fiesta in Bolivia...A demonstration of its intense resonanace for people across the globe... Motivating p... 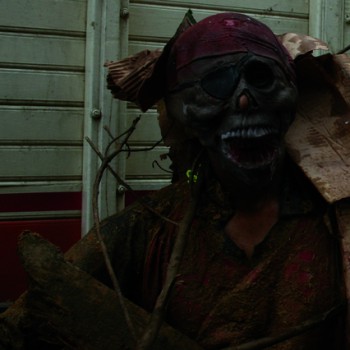 Away from the more popular image of Carnival - as a pounding, overcrowded riot of colours in which there is no distinction between those who dance, drink, chuck water or shout desperately for the next...