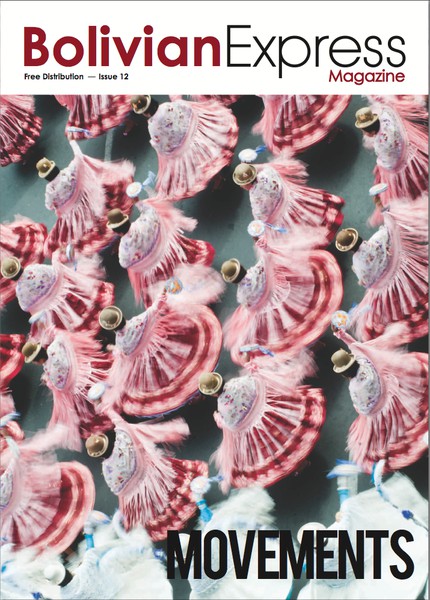 You don’t have to spend long in Bolivia to learn that people mobilise over a huge range of issues including protesting against tax increases, arguing over where the country’s capital ought to be, and even marching to disapprove of other mobilisations.* It’s hard to overstate the extent to which social movements are the norm rather than the exception around here. This issue of the BX is decidedly about movements (and why not, of a social kind), though not the ones you might expect.

Our article on el clásico (p 10) explores how rivalry between fans can sometimes be far more gripping than a football game between two of Bolivia’s greatest teams. A snapshot of cholita wrestling (p 8) takes us to the ringside to give us a taste of what it takes to be a warrior in a pollera. In our piece on graffiti (p 16) we trace the origins of an important urban cultural movement by speaking to one of its main practitioners.

Many key ingredients you might associate with social movements are covered: confrontation, identity, and subversion. Of course, when we think of movements we think of much more than this. To show you why, we uncover the social rituals surrounding the exuberant Caporales dance (p 14), and explain how it lends expression to a tribal sense of belonging sought by sections of Bolivia’s elite. In our article on equines (p 6) we take to the outdoors and explore the role horses have played in shaping the country. We also look into climbing scene in Bolivia (p 12) to show that in a country famed for its mountains, this sport has yet many peaks to conquer. To top it off, we descend from these heights down three exhilarating zipline rides (p 18) and finally get a chance to relax down in the jungle.

Sweat-drenched, ruffle-haired and macurcados, we’ve rolled up our sleeves and gotten involved in some serious action to bring you this issue. We hope you enjoy the action.