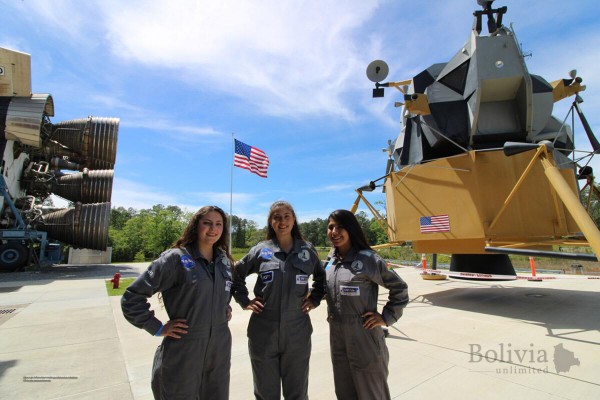 In 2017, NASA, the US space agency, stated its aim to put ‘the first woman and the next man’ on the Moon by 2024. This would be the first time in 52 years a person would leave their boot print on the Moon. That programme is named Artemis after Apollo’s twin sister in Greek mythology, a nod to the previous lunar exploration programme that landed the first man on the Moon. The mission is seen as a stepping stone to inhabiting Mars one day.

But the challenges ahead are tough and plentiful. To inspire students to think about and work on these obstacles, each year NASA hosts a competition called the Human Exploration Rover Challenge at the Space and Rocket Center in Huntsville, Alabama. The challenge asks students to design and build a human-powered rover, or ‘moon buggy’, capable of traversing a simulated extraterrestrial surface. Teams are required to carry out tasks like those faced by astronauts on previous lunar missions, within a time limit that simulates the limited oxygen supplies that astronauts have on the Moon. This year four Bolivian teams entered. Additionally, three young Bolivian women were part of an international team from the International Space Education Institute in Leipzig, Germany. One hundred teams took part in the competition, with a record number of entries from countries outside the United States, totaling 11 in all.

Alina Santander, Valeria Burgoa and Cristina Santander were part of the international team that went on to win the top prize in the high-school division. Alina Santander and Burgoa helped build the moon rover, while Cristina Santander worked on telemetry. Even today, the physical sciences are dominated by men; in this regard, these young women from Bolivia are showing the rest of the world how its done. ‘I can weld, I can cut metal, I can do all this stereotypically manly stuff,’ said Alina Santander. One of her personal goals is to get more women interested in science by delivering talks on the subject and teaching about its relevance. By the age of 18, she had already given two TED Talks encouraging people to engage with science. After participating with the International team from Germany in 2017, she decided it was time for Bolivia to be represented in the competition. She collaborated for a year with the Universidad Mayor de San Andrés in La Paz to achieve one of Bolivia’s first-ever entries into the competition in 2018. That year, another team entered from Santa Cruz. 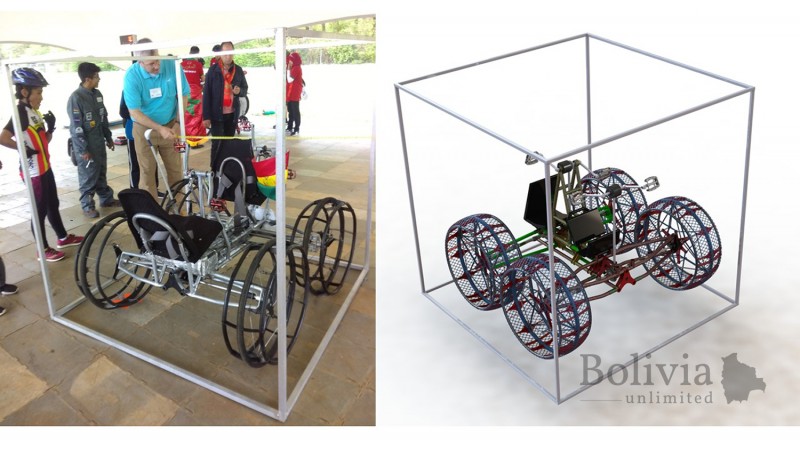 Economic hardship is a problem commonly faced with science projects in Bolivia. But ‘[Bolivians] can use our creativity to make the same things with a smaller budget,’ said Alina Santander. To make the best of their limited finances, the team from Viacha (a small city just southwest of La Paz) innovated in every way possible. Their novel rover design caught the attention of other participants and NASA engineers attending the event. ‘They had never seen anything like it,’ explained the team’s mentor, Alvaro Flores. And even though they took part in the high-school category, where participants can be as old as 18, team members were between the ages of 12 and 15. The rover’s wheels were ‘inspired by the Eygptian pyramids’ and made from rubber rather than steel, allowing the rover to move smoothly over rough terrain. Over the years, Flores has collected hardware and built a laboratory in his home where his team went to build their rover and prepare for the competition. He is also looking to inspire the next generation of Bolivian scientists.

After the competition, NASA official Bob Musgrove spoke of how ‘the creativity, skill and resourcefulness demonstrated each year on the rover course are the very traits that paved our path to the Moon in 1969.’ With such talent, perhaps it will be an astronaut with a Bolivian flag attached to their spacesuit among the first to leave a boot print on Mars.