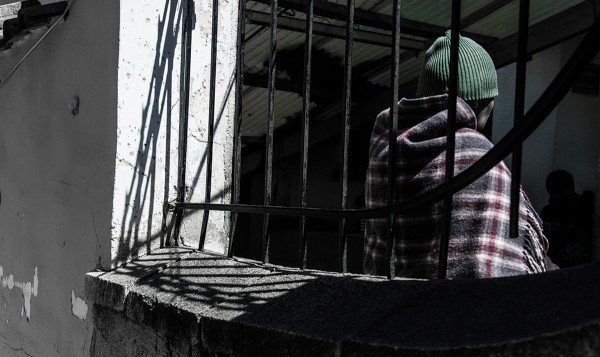 Over the past five years, a string of gutsy interns from Bolivian Express has ventured inside some of Bolivia's most notorious prisons. In 2011, Matthew Grace, an editor for BX, traveled to Cochabamba’s women's prison to meet two young Norwegians who were arrested for attempting to smuggle 22.5 kilograms of cocaine out of Bolivia. Four years ago, Stina Brendemo Hagan and Madelaine Rodriguez, then 20 and 23 years old and still denying the crime, were both well settled into life at the San Sebastian prison. Stina had a son of five months, and their sentences had been reduced to ten years.

However, when I arrived in May this year I was greeted by Madelaine alone. Stina followed the footsteps of Christina—a third girl arrested in 2008 who escaped to Norway in 2009—and fled home whilst on bail in 2011. Up until then, Stina and Madelaine acted as rocks to one another during their solitude behind bars. Not only were the young women close friends, but Stina is also the aunt to Madelaine's first daughter, Alicia, now nine years old. In spite of their family ties, Stina absconded without saying goodbye, and Madelaine was left completely alone. But luckily for her, she was fully independent and had made a name for herself as an inmate not to mess with, due to her confident and somewhat intimidating air. She also has an appearance full of juxtapositions, with half-shaven hair and a nose ring alongside her youthful, flawless skin and callow eyes. Madelaine claimed not to have any close confidants back in 2011, and this clearly hasn't changed as the main advice she gives is to ‘not trust anyone’. But she doesn't need close friends to pass time, as she has her hands full with two beautiful, inquisitive children. Damien, who is two years old, sports the same hair style as his mother and wears an American baseball top that Madelaine says his grandmother sent from the United States along with various other clothes. Although she hasn't had a visit from her own family members since the first year of her incarceration, she and her children often speak to her mother and eldest daughter over the phone despite communication difficulties and language differences amongst all her children.

Life in the prison is dull and at times can be very hard as inmates have to pay for everything themselves. Madelaine has worked in the prison laundry for many years to earn money; some days, though, she still struggles to buy enough food for her family, let alone medical and dental services. I was surprised how comfortable she was around a complete stranger like me, but also how hopeful she was about her release after seven years in prison. She couldn't deny there had been multiple mess-ups and so many delays that she had lost count—her first parole was supposed to be in 2012. Although she may not return to Norway for some time due to legal reasons, she truly believes this is the year she is getting out.