WHEN DO YOU STOP BEING YOUNG? 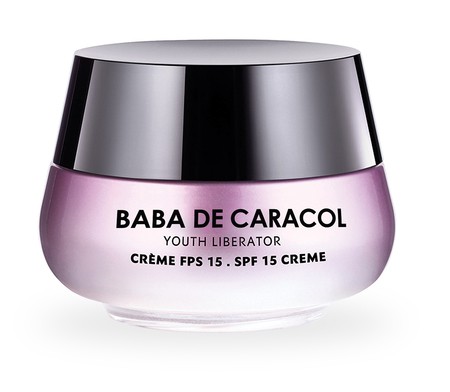 In all societies, age appears to be one of the principal defining attributes of activity and social image. Age and sex form the basis for social classification, coding and structuring in a demographic sense. Nevertheless, it is obvious that the definitions of classifying concepts, such as infancy, youth or old age, are generally vague due to the imprecise end point of one stage and the beginning of the other. These limits vary according to different schools of thought and focal points.

Who are the young people? In Bolivia, last year, under the slogan ‘All Young People Matter’, President Evo Morales put forward the ‘Youth Law’. It established that youth lasts between 16 and 28 years of age. Nearly 24 percent of the Bolivian population qualifies as ‘youth’ according to this legislation.

Youth: Is It a Privilege?

When one person says to another ‘You look so young!’, ‘You sound young’, or ‘You seem younger’, the reply is always ‘Thanks!’ Is being young a privilege, an attribute or a circumstance? Certainly, this explanatory criteria is not defined through its manifestation psychologically or culturally; rather it’s through the external contemplation of how someone looks on the outside: prettier, better looking, slimmer, etc. The social role of being young is confirmed by the gaze of others. You would never find a job announcement that specifies ‘Looking for a well-presented young person’.

Nowadays, being young is a valuable attribute—youth is the power supply of the ego, not just in terms of vitality, but also in terms of appearance: esthetics, beauty, dynamism, etc. Through this, you can see people’s growing preoccupation with increasing, or extending as much as possible, their youthfulness. People try various things to make themselves look young. For example, they resort to a variety of cosmetic products that are gaining great popularity in the media in La Paz. These include mother of pearl, snail slime, and the more exotic donkey’s milk and semen (for those interested, the last two items are sold in the Feria 16 de Julio in El Alto).

David Llanos, a sociologist and university teacher, says that youth isn’t an equal opportunity offered to everyone who finds themselves inside the governmentally defined statistical category. In Bolivia, it is more likely that the period of youth will be shorter amongst the working classes and longer amongst the middle and upper classes. The same can be seen—in terms of gender—with women: a man is more likely to be viewed as youthful than a woman, since a woman’s responsibilities, the ‘way they should be’, means women work double-duty due their responsibilities in the home, with children, at work and more.

Generally, some upper- and middle-class young people enjoy not only the opportunity to study, but also to postpone their entrance into adult life; they marry and have children later on and enjoy a less demanding period of life with minimal family responsibility in order to capitalise upon or consolidate their role as a young person.

This means youth-evoking marketing transforms the market: We buy youth, we sell it, it intervenes in the market of desire as a vehicle of differentiation and legitimacy.

Some people think that youth is a state of mind. Helen Caro, a student at La Paz’s San Andrés University and the coordinator of the city’s second youth parliament, says that ‘Youth is a attitude. I believe that you never stop being young.’ However, as Daniel Mamani, a law student at San Andrés, mentions, it can reflect a value system in which ‘the way you look is how I looked and the way I look is how you will look’. This is all relative—you are 50 years old but feel young nevertheless, although in the eyes of fellow citizens you are not eligible for a bank loan, nor are you considered for a job offer, a grant or more training.

While it is very difficult to determine when you stop being young, there are circumstances or rites of passage, such as military service or marriage, that mark the passing from youth to adulthood. Perhaps this is the reason why many people in Bolivia do not update their marriage status on their identity cards—they prefer to appear single or as students, to try and immortalise themselves as young people and mark differently the commitments of adult life.

When does someone stop being young? The search for answers and all of the doubts surrounding them inhabit an uncertain and vague territory. Let’s say that the concept of youth is not static; rather that it constructs itself around a certain social, cultural and historic setting. It is better to bypass the subject (the person, youthful or not) and try to interpret a given reality from the basis of each individual’s history, life and significance.