What You Want is What You Get 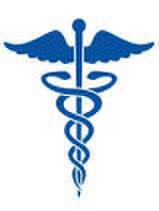 Self-medication remains one of the most affordable and widely-used forms of healthcare in Bolivia. Rob Noyes explores the dangers that lurk behind the convenience.

On the steep inclines of the city, littered amongst the shoe-shiners and salteñas, lies a smattering of farmacias, small chemists typically staffed by one or two people in white coats. Their sheer quantity highlights their importance among the Bolivian population’s healing alternatives.

And there are alternatives in Bolivia; concurrently to modern medicine Bolivians have the option to see traditional doctors, or even attend a service at their local evangelist church for a miracle cure.

Alternatively, they may opt to self-medicate: known in medical circles as autoatención. This includes self-prescribing, or asking friends or family for health-related advice and then obtaining the requisite medicine at the pharmacy.

Depending on the cultural and religious background of the family, they may choose different combinations of the choices presented above. However, according to Dr. Ramírez Hita, a social anthropologist, autoatención is the most commonly followed form of healthcare in Bolivia and relies primarily on the women who are at the centre of this self-care system. The mother diagnoses what type of condition the children or husband is suffering and how to cure it.

Self-care is particularly common in the rural areas where few people go to medical centres. Dr. Ramírez Hita attributes this to the poor medical infrastructure, the low quality of the treatments provided by the personnel, and the little confidence the local population has in the medical system.

More generally, the popularity of autoatención appears to be largely due to cost and convenience. Asking friends and family for medical advice is free, going to a doctor for a consultation is not.

Ximena Bastos, whom we spoke to for the article on homeopathy told us: ‘Pharmacies give you what they have, not necessarily what you need. It could be medicine that is too strong for what your symptoms are, or something too weak, or even unrelated’.

Eager to learn about the practices of the pharmacies themselves first hand, I headed to the first one I could find and spoke to the small man drinking his coffee behind the counter. He told me that the Bolivians were ‘generally pretty health conscious people’, and that as such the pharmacies were phenomenally popular. They are cheaper than doctors as well as being quicker. Yet he stressed that they can only do so much – anything bought in a pharmacy must be used in accordance with medicinal advice.

For example, in the winter, the Bolivian Health Ministry provides flu shots to protect the population during the harsher months. Yet as flu is a highly variable virus, and antibiotics do not cure influenza, pharmacists will regularly recommend taking the plant Echinacea in order to boost your immune system. Following this advice, Bolivians will flock to the pharmacies to buy this plant to help them stay healthy over the winter months.

During this course of our conversation with the kind man behind the counter, I carefully watched two customers doing what they do. The first, an elderly gentleman, strolled in and
began to relay a story of how he had been struggling to sleep over the last few nights – an innocuous tale. Surely Night Nurse and maybe some chamomile tea will do the trick? No. The pharmacist pulled out the Valium.

Valium is a highly powerful sedative from the benzodiazepine family. It is not available as an over the counter drug normally, as it can be addictive. Furthermore, half of the drug will still be in your system as long as 90 hours after consumption. Large doses can cause blurred vision, slurred speech and impaired thinking; an overdose can result in death.

Struck by the banality of the scene I am inclined to agree with Ximena– ‘pharmacies give what they have, not necessarily what you need’. Surely this was a sign of malpractice by the pharmacy itself? No, said Ximena. Unfortunately, ‘this speaks more of the poor infrastructure of medicine than of any incompetent pharmacists’.

Until other medical alternatives become more widely available, it seems like people will continue to get what they want at their local farmacia.