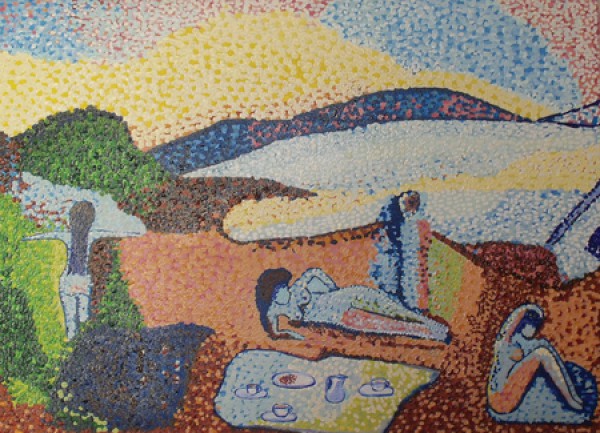 Transforming what is simple, and searching for that which doesn’t want to be forgotten.

Where does a story begin? In a workshop on narrative literature taught by the writer Adolfo Cárdenas in 2012, the master told us that we only had to open our eyes and ears, because on every corner, and in every person or in every thing there is a story to be told. Perhaps the hardest part is just putting something down on paper. Cárdenas recommended we keep a notebook at our side to jot down ideas, and that later some would transform into plots – that’s where a story is born.

Our class began with 20 students. Six months later only four remained – a miscellaneous group. Alvaro Vásquez has a degree in international commerce and customs, and is devoted to reading and books. 'When I write something, it’s like stepping out of my regular life, and entering into another. It’s something like the secret worlds that children have.’ Another classmate, Daniela Murillo, was a high school student in 2012, and says this workshop helped her decide which subject to later study. She is now a literature student at the UMSA. 'Writing is a joy for me and once I began I couldn’t stop – it’s become one of the most important parts of my life.'

Writing stories may seems like a great idea to a lot of people, but many are shy and reluctant when it comes to sharing their ideas. My classmate Marisol Soliz began to write for herself as a teenager, but it took more than 25 years before she moved to publish or make her work public. 'At first I wrote only for myself. The hardest part began when I decided that those stories which were only mine, and were mingled with fiction, had to become understandable for other people.' Marisol is a sociologist, mother, wife and lover of painting - and great food.

In my case, the idea of telling stories had been floating around in my head for years, but before this workshop I didn’t know how to begin. One of the most important things was exploring every detail, transforming what is simple, and searching for that which doesn’t want to be forgotten or to disappear.

In the end, each story created is the result of situations that are real but exaggerated, memories consciously or unconsciously modified, and ideas that little by little connect with everything that came before, and that take form based on corrections or attempts to apply narrative techniques learned in the workshop.

After six months this final group of four had about 20 stories completed. Cardenas, after seeing all this hard work, made a proposal that surprised us: that we choose the best stories and publish a collection. Today, it seems publication is finally at hand, and 'Inquietudes resueltas’ ('Unresolved Curiosities') will be on bookshelves this month. It’s a project that required patience above all. We waited three years to publish this book and now that it is about to come out we are so pleased to share the result of a unique experience with a great teacher.