Under Construction - Democratisation in Bolivia 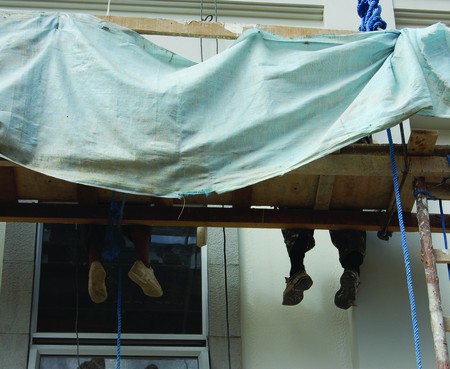 With it’s latest Constitution, Bolivia has laid the foundations for a new era in its history. While civil society has undergone important transformations, democracy is still being developed.

Democracy is a recent development in Bolivia. It isn’t really possible to classify Bolivia as anything approaching a democracy until at least 1987. Plagued by years of military dictatorships, corrupt bureaucrats and nepotistic politicians, it is easy to see why democratisation in this country has, for a long time, been more an ideal than a reality.

Democratic rights only dreamed of before have now been enforced; the social majority of Bolivia has been recognised and enfranchised; and Bolivians now even elect some members of their judiciary. However, there’s a grander claim in Bolivia’s Constitution which says the country is already ‘a participatory democratic, representative and communal form of government, with equal conditions for men and women’. Bolivia’s unique set of quasi-authoritarian political traditions within rural communities, in part legitimised by the Constitution, only adds to the consciousness of democratic scepticism. Inevitable tensions between legitimacy, tradition and democracy are only now beginning to surface. And yet, tremendous strides have been taken in the last ten years, indicating that Bolivia is indeed moving towards a more democratic State and society.

The sweeping reforms of the 2009 Constitution created a fourth and distinct branch of government dedicated exclusively to elections. The Plurinational Electoral Organ, as the branch is called, is composed of five sections, each with different responsibilities, all geared towards the purpose of carrying out free and fair electoral processes.

As a Madisonian instrument within a system of ‘checks and balances,’ it is certainly a laudable institution. But, at the end of the day, this advance mainly serves to solidify a process that precedes it in chronology and arguably in importance; namely, the enfranchisement of social majorities.

For the majority of Bolivia’s history, the country’s indigenous population was under-represented both in their access to fundamental rights, and politically within the legislative and executive bodies. The election of Evo Morales was not just a symbolic victory for the indigenous majority, but also a real step towards true political equality. The renaming of the country to the Plurinational State of Bolivia matched a corresponding explosion in the number of rights given to the indigenous majority, many of which were enshrined in the Constitution.

The country’s traditional elites, historically seen as the guiding force for Bolivia’s development, have almost been completely uprooted, politically speaking. Manuel Canelas, a political analyst and host of the TV panel show ‘Esta Casa no es un Hotel’; points out how previously, almost all civil servants and government officials came from the same set of privileged schools, even families. The hegemony of power in Bolivia created by years of neoliberalism has been taken apart, and what we now see are new political elites coming from parts of the country that were previously underrepresented. The change has not merely been symbolic. This radical shift in political elites has had a real, tangible effect on Bolivian society.

When asked about examples of racism and discrimination, more than one person spontaneously brought up the example of ‘Forum’, a nightclub located in the Sopocachi neighbourhood of La Paz (see issue #25) which historically has been host to some of the most exclusive crowds in the city. Just a decade ago, there are several reports of this discotheque denying entry to people with an indigenous appearance, or who appeared to belong to a lower social class. The bouncers at the gate would inform them either that a ‘private party’ was going on inside, or that they needed an invitation to enter, while freely admitting well-dressed white people standing behind them in the queue.

To understand how recent political events have ameliorated such forms of tacit discrimination, it’s important to understand democratisation as a process which transcends the political sphere. One can speak, then, of democratisation of access to goods and services across all spheres, public and private. Economic elites are rapidly changing, and with them the social structures which used to underlie them.

But socio-political change is not the only story to tell about Bolivian democratisation. One of the chief achievements of the Morales’ government has been the recovery of Bolivian economic sovereignty. During the neo-liberal administrations of the 90s, political and social power was centralised in very few hands, and economic power went to large multinationals, or to Bolivian businessmen with foreign links.

The State and the average citizen were left vulnerable. The government mantra was that Bolivia had to wait for macroeconomic growth and that after that, the wealth would ‘trickle-down’. Yet in practice, the resources generated either fell short of expectations, or fell in the hands of a few powerful businessmen. Popula classes were, for all practical purposes excluded from the decisions surrounding the management of these resources. When the people were finally given a say, they put an extraordinary amount of pressure on Morales’ government to change the economy.

The first aim of Morales’ government was to generate revenue surpluses for the treasury, and did so by nationalising key companies. While this practise has been heavily criticised by voices on the right, the economic indicators of Bolivia have been overwhelmingly positive. As Manuel Canelas tells me, GDP per capita has increased substantially as well as tax revenue collections. Poverty has decreased by 13% and, for the first time in its history, Bolivia has as many people below the poverty line as above it. Yet neoliberals still cry foul, arguing that under these socialist policies the economy will stagnate, shattering consumer confidence and purchasing power; yet consumption has gone through the roof. Morales’ socialist policies appear to have been successful, even by capitalist standards.

At the same time, Bolivian democracy can be said to be developing precisely because it is not yet fully developed. While tremendous progress has been made in the economic sphere that I have just discussed, there is still substantial progress to be made in the area of state management of institutions and nationalised companies.

This is caused by an unfortunate combination of old and corrupt bureaucrats, and the new and often inexperienced civil servants. There are more opportunities than ever for bias and arbitrariness. As these newcomers see more money than ever coming into the public sphere, there is more temptation than ever for corruption – and there is plenty of it – a large scale corruption ring involving officials close to the highest echelons of government was recently disbanded. Corruption, however, can be primarily understood as social problem, and as such is ubiquitous in all spheres, public and private.The government is acutely aware of this problem, and President Morales has set the eradication of corruption as primary goal for 2025, and is keen to be seen to be adopting a zero-tolerance approach.

A cornerstone of democracy is the right to free speech and to the freedom of the press. While Bolivian law technically guarantees both types of freedom, a report filed in 2010 by ‘Freedom House’ describes Bolivia as being only ‘partly free’ due to ‘actions designed to restrict independent media or to encourage self-censorship’. The Morales government has undoubtedly had a strained relationship with the press and, in November 2010, the President himself stated in response to a journalist's question, that ‘the largest and the greatest opposition [to this government] are the journalists. Who can deny that? Can you deny this?’ This relationship can be explained by reference to his first term in government, where most major media companies were owned or controlled by opposition members. This trend is now reversing, but what remains lamentable is that these organisations are, by inertia, forced to choose sides, resulting in a dearth of a truly independent press.

Freedom of choice, which is after all key to democracy, by definition is only made possible through the existence of alternatives. Unfortunately, there seems to be no strong or coherent opposition force in Bolivia. All that exists is a large number of fractured and quarrelling groups of dissatisfied voters, unsure of the alternative they desire, along with antagonistic and power-seeking opposition candidates unable to articulate an independent discourse or proposal in positive terms.

So, is Bolivia a democracy? Yes and no. Has democracy in Bolivia developed over the past years? It certainly has, but there is still a long way to go. The people of Bolivia are still caught up emotionally in their newfound political power, and are more determined than ever to create an equitable state. Bolivia has found its Mandela, now it needs an Aung San Suu Kyi.