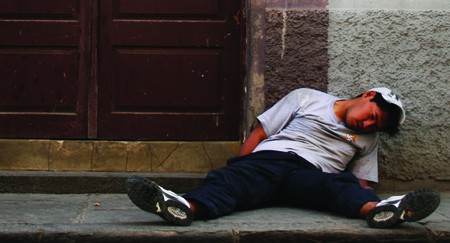 Alcoholism in Bolivia: from social pastime to social illness.

A group of teenagers giggle as they line up outside the club. Still in school, they’re not yet legally allowed to buy or consume alcohol legally, but that won’t pose a problem for them. Walking straight past the bouncers, they rush in excitedly, making a beeline for the bar and placing their orders, then throwing back tequila shots and brightly coloured cocktails. When the club closes, they take a taxi to one of the numerous other clubs that stay open past legal hours. There’s no shortage in the city, and they all come well stocked with alcohol. Tomorrow, August 6, is a holiday, which means they can sleep off their hangovers. Stumbling home, one of the girls trips and begins to retch violently. Her friends help her up, but it’s not long before she stumbles and vomits again. This is the next generation of Bolivians, already caught up in the festival culture that characterizes the country and the alcohol that accompanies it.

Visit La Paz on any given day of the year, and you’ll have a good idea of why it was named as one of the top 10 ‘ultimate party cities in the world’ by Lonely Planet. There’s nearly a festival for any given day of the year, with vibrant music, local costumes and exotic street food. There’s also an excess of alcohol. And although drinking is enjoyable, the drunken bawdiness can get out of control.

Alcohol is cheap in La Paz, with a bottle of wine costing as little as 20 bolivianos (about £2) and a bottle of singani, a grape-based spirit not dissimilar to brandy, costs a mere 30 bolivianos (£3). This, together with the great variety of bars and clubs on offer, means that more and more Bolivians are relying on alcohol to enjoy themselves.

One of the members of the La Paz chapter of Alcoholics Anonymous sees alcoholism as a growing problem and cites a mixture of the old and new as the reason for its growing prominence. He says that alcoholism is a problem ‘because there is a lot of tradition and because the youth search for more excuses to drink . . . There is no party without alcohol. You can’t have a party without tea [té con té, a drink made from hot tea and singani]. It is the mentality.’ While Bolivia’s average annual alcohol consumption – 5.8 litres for those 15 years and older – isn’t remarkably high, the World Health Organization predicts that the rate of consumption will grow in the coming years.

La Paz, having a party atmosphere to rival the most outgoing cities, also sees more and more young people becoming dependent on alcohol to enjoy a night out. One partygoer, when asked how often he goes out clubbing and drinking, replies: ‘Five times—every day from Tuesday through to Saturday.’ Another claims that he spends at least 500 bolivianos on alcohol every couple of days.

This excessive alcohol consumption also pervades Bolivian culture. El Cementerio de los Elefantes is a well-known Bolivian film in which the alcoholic protagonist goes to die in a so-called ‘elephant cemetery’ in La Paz, where alcoholics leave their lives behind and drink themselves to death. These ‘cemeteries’ offer an extreme example of alcoholism in La Paz, and according to the AA member these are people ‘who don’t have direction’ and ‘no longer serve a purpose’ – they’re the exception in La Paz. However, their existence in Bolivian society indicates the overwhelming presence of alcohol. 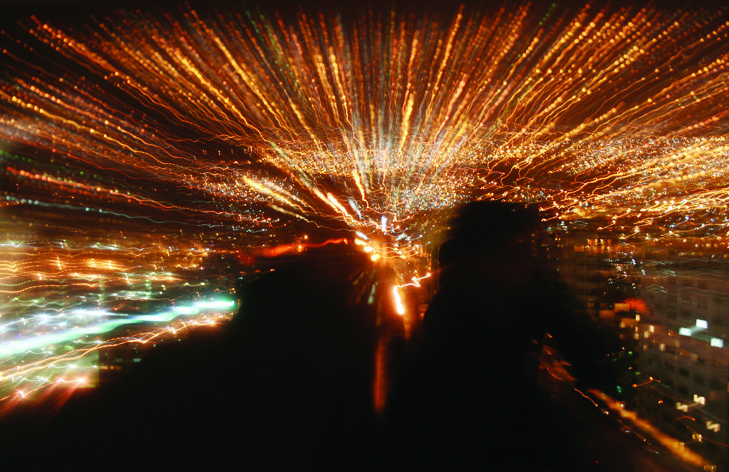 Victor Hugo Viscarra, one of Bolivia’s most famous writers – and one of La Paz’s most infamous drunks – was living on the streets at the age of 15. He became the chronicler of the street drinkers, documenting the language and culture, most famously in his dictionary of coba, or slang words, and his short story collection Alcoholatum y Otros Drinks, which depicted the alcohol-fueled underworld. In addition to documenting the drinking lifestyle, Viscarra lived it, and at the age of 48, in 2006, died due to alcoholism-related complications. His writings reveal an understanding of the outcasts of Bolivian society – whom he identified with – most notably the alcoholics. He showed how the insidious presence of alcohol affects many in Bolivia, from the fringes of society to the margins of the cultural elite.

A tradition of celebration brings colour and excitement to Bolivia, but it also gives visitors and locals alike the opportunity to drink in excess. While most Bolivians know how to have a good time without descending into alcoholism, alcohol permeates the culture, and in addition to lubricating social interactions for the many, it is powerfully addictive and destructive for the few. Add to that a permissive attitude toward drinking – which makes booze (among other things) easy to obtain, even for an underage crowd – and it’s easy to see why La Paz is known as a top city in which to party, and all too often to get wasted.