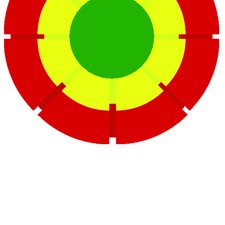 By all accounts, Franz Tamayo lives on. Where the founding father of Bolivian letters used to contemplate the snow-capped Illimani ('Two giants gaze upon each other', an anecdote would have him say), there now spring countless buildings bearing his name. On the Andean slopes, books and their authors are no mere relics of the past. Neither are several historical events that have shaped the Bolivia of today - they still resound in the way Bolivians view the world. Here is a crash course in the country's national mythology – as seen by the most cherished novelists between the Andes and the Amazon.

Nataniel Aguirre, Juan de la Rosa
With its war of liberation lasting from 1809 to 1825, Bolivia was the first of Spain's Latin American colonies to proclaim independence - and the last to achieve it. The fighting resulted not only in the creation of a new republic; it also gave birth to what the Spanish critic Menendez Pelayo proclaimed to be 'the greatest South American novel of the nineteenth century'. Curiously enough, the authorship of Juan de la Rosa is still controversial. Usually attributed to the Cochabambino Nataniel Aguirre, it is a fictional account by 'the last soldier of the Independence'. Two narrative voices intertwine: that of the adult Juan, narrating the decisive moments of the war; and his childhood self Juanito, looking for his unknown father. A classic tale of searching for identity, vivid fictional characters and a gripping historical background – the 'benchmark novel' of Bolivian literature seems to have it all.

Alcides Arguedas, Pisagua
A brief visit in La Paz's Museo Litoral captures the sense in which Bolivia's loss of its coastline to Chile (and hence its access to the sea) has become a national obsession. Formally relinquished after a bitter war which culminated in 1884, the country's loss of access to the Pacific is still today seen as a national tragedy. Arguedas' work shows the beginning of the end: the battle of Pisagua, providing Chile with a foothold from which it launched its devastating Tarapacá campaign. Short and succinct, it provides a good insight into one of the country's most bitter national narratives.

Fernando Ramirez Velarde, Socavones de angustia (Tunnels of Anguish)
The early 20th century tin boom made fortunes, toppled governments and changed Bolivian society forever. It saved the country's economy from collapse as silver mining declined, created a caste of tin barons (of which Simon Patiño remains the most legendary) and prompted the 1899 revolution which established La Paz as the effective seat of power. There is, however, a darker side to this picture. Ramirez Velarde's Socavones de Angustia traces the fortunes of a displaced Quechua family, forced to seek employment in the new industry. A sweeping panorama of contemporary Bolivian reality, it explores the hardship of the mining pueblos, the social condition of indigenous people and an emerging political consciousness that transformed Bolivia for years to come.

Augusto Cespedes, Sangre de mestizos (Blood of the Mestizos)
Bolivia, too, has had its Lost Generation. The 'War of Thirst' over the frontier with Paraguay in the Chaco region's arid wilderness proved a national trauma not unlike that experienced by other nations during the First World War. Circumstances were similar: disillusionment surrounding the war's aims (as the Chaco's oil deposits turned out to be nonexistent), and a level of casualties unheard of in the country's history. Much like after WWI, a legacy of bitterness ensued, permeating the work of Chaco's greatest chronicler Augusto Cespedes. His Sangre de Mestizos is an array of personal histories marked by the catastrophe. With its psychologically complex and multi-layered characters, Cespedes' book is a fascinating (to borrow a title of his later work) 'heroic chronicle of a pointless war'.

'The National Revolution' was a broad-based rebellion which gave power to the left-wing National Revolutionary Movement (MNR) and brought about wide-ranging reforms to the Bolivian political system. The MNR coup fed into an atmosphere of popular unrest and hunger strikes in angst-ridden La Paz. Large sections of society were demoralized after the Chaco war by an incumbent government thought to be loyal only to the upper classes, as well as a rigged presidential election in 1951. Oscar Cerruto, however, is no painter of mass demonstrations and civil unrest. His hero, an ordinary Bolivian anxious about the coming upheaval, stumbles between the real and the imaginary as the capital's streets fill with armed protesters. A fine example of Bolivian magical realism, Ifigenia el Zorzal y la Muerte is also a haunting psychological study of one man's anguish.

Generals and martyrs aside, no list of books can be complete without the odd detective novel. American Visa, however, is no mere tale of murders and mysteries. The story of Mario Alvarez, a Bolivian teacher desperate to get to the US, weaves criminal intrigue with a deeply satirical portrait of contemporary Bolivian society. Crooked officials, displaced desperados and kind-hearted prostitutes cross paths in the bleak urban landscape of the capital - the author's answer to the Latin American cliché of magical realism. In de Recacoechea's La Paz, as the afterword states, 'the only thing magical is to make ends meet'. A play on classic noir fiction (Alvarez, a Chandler fan, won't flinch from means deployed in the latter's books to get the muchneeded money), it is one of the few Bolivian novels from past decades to win acclaim in the Anglophone world. While the hero struggles to reach the United States, there is every reason for his American readership (and why not, the rest of us too) to follow him along the way.'

Alison Spedding, De cuando en cuando Saturnina (Saturnina From Time To Time)
Chances are that in 2086 Bolivia will no longer exist.In what is said to be the first science-fiction novel written in an Andean Spanish vernacular, the country has been renamed to Qullasuyu Marka, embraced its indigenous heritage and closed its doors to any hint of foreign influence. In an autocracy revolving around rural, coca-growing communities, several women tell stories of revolution, repression and broken hopes. Among them is Saturnina Mamani Guarache, a legendary Andean guerillera imprisoned as leader of an indigenous anarcho-feminist organization which could threaten the established order. The British-born author juggles futurist cybernetics and the ancient Andean cosmovision with astonishing ease, sketching a vision as disquieting as it is fascinating.