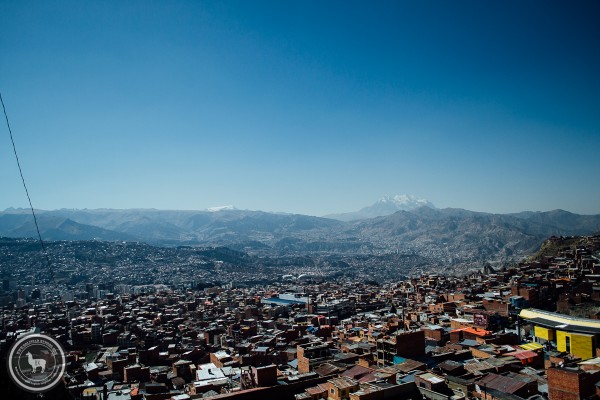 An Ethical Alternative for the Mindful Traveller

There is a certain guilt that comes with being that gringo wandering the streets of Bolivia, wrapped up in an alpaca sweater, scarf and hat. The one who scoured the depths of the Witches’ Market for what were certainly hidden, unique gems. The gringo keenly snapping photos of every cholita artfully poised on the pavement, or shamelessly ogling the esoteric merchandise at the local market stall while communicating through broken Spanish and enthusiastic hand gestures.

Despite my best efforts to remain the incognito gringo, I have guiltily fallen into these tourist traps because the average traveller is naturally inclined to do so.

Nearly everyone can agree that supporting local economies as a tourist and engaging with other cultures has its advantages. But backpackers the world over often take other paths during their travels. Many prioritise partying, which in excess can neglect cultural engagement. When it comes to exploring Bolivia, though, travellers can support and enjoy this country if they pay close attention to their footsteps.

According to a World Bank report, the number of tourists who visit Bolivia increased from 711,000 in 2011 to 870,000 in 2014. This total is roughly one-third of the number of people who travel to Chile or Peru annually. For some, the embryonic nature of Bolivia’s tourism industry is a cause of concern. For others, it offers an opportunity to establish a model of sustainable tourism that benefits both the country and the traveller.

La Paz on Foot is a local tour agency that takes an ethical approach at presenting Bolivia as a backpacking hotspot. Its model of ‘sustainable tourism’ allows visitors to experience the intricacies of Bolivian life. Profits from the company are reinvested into Bolivia, through nature conservation projects or by directly supporting the areas they visit. They cooperate with communities like Santiago de Okola on Lake Titicaca and the Tarapari Biodiversity Garden in the Yungas. Many regions of Bolivia face danger from deforestation, water mismanagement and labour abuses. Sustainable tourism raises funds to tackle these issues and promotes a culture of responsibility.

La Paz on Foot, founded by Stephen Taranto in 2004, operates locally in the most coveted Bolivian destinations. In 2009, Taranto partnered with Tomas Sivila, the founder of Sendas Altas, a global travel company that ‘bridges Bolivia with the outside world’. They came together with one goal in mind: to show tourists the real Bolivia, as Bolivians see it.

‘I despise the “be careful” message that is conveyed to tourists,’ Sivila confesses. ‘It scares them away from truly exploring Bolivia.’

Their brand of tourism is meant to be a tool for progress. Where some agencies suffer from being scattered and localised, they are a cross-cultural network unified by a strong moral code. Sivila reports they are close to receiving the TOURCERT accreditation, bestowed to agencies that have sustainable practices such as recycling in their office, paying their workers fairly and designing tours that empower local communities.

I am sent on the ‘Urban Trek’ to experience the company’s ethos, a dazzling three-and-a-half-hour exploration of the city through the eyes of a paceña. Naira, my tour guide, leads me to the yellow teléferico that ascends to El Alto, bundled alongside local commuters. My ears pop as we advance and I catch myself staring across the valley at the proud Illimani. Upon arriving, Naira sprinkles my awestruck daze with factual knowledge, explaining that the social hierarchy of La Paz inversely correlates with the altitude of each neighborhood.

As we descend the stairs to the city centre, I conceal my breathless panting with attempts at breath-taking photos of the view. Naira knows and loves her city. She tells me about the crops, the sewage system, the architecture and which houses have been recently fitted with gas pipes.+

"Somehow, after this adventure, I scarcely feel gringo."

We walk down Calle Los Andes, drinking batidos like locals, to marvel at the market’s glorious array of parade costumes and regional fruit.

Somehow, after this adventure, I scarcely feel gringo.

‘We let tourists move to the pulse of Bolivia,’ Naira tells me and I cannot help but believe her. Their tours aspire to eradicate segregation between tourist and native. One wonders, however, whether sustainable tourism can really help Bolivia reduce the distance between the watcher and the watched, the Bolivian and the gringo.

Can tourism empower people through economic advancement or is it forever haunted by the whiff of colonialism?  A part of me suspects that gringo guilt will still be draped across shoulders.