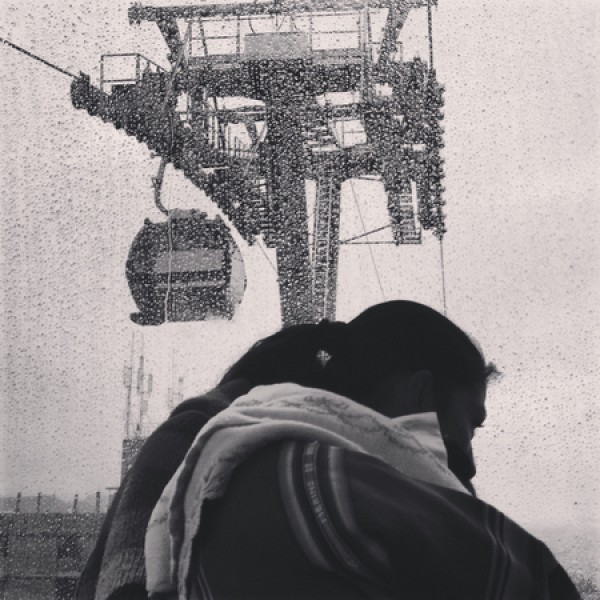 La Paz’s new cable-car transit system is changing the commute of both paceños and alteños—and transforming the city.

Arriving in La Paz, one of the first things I noticed was the teleférico, the cable car system that is the city’s newest, and most modern, mode of mass transit. It was unexpected, towering over the streets and houses below. These travelling cabins are the city’s most efficient method of transport, carrying thousands of people every hour during peak periods, be it commuting to work, going about their daily routine, or simply riding on it for the spectacular views. From the congested and bustling city of El Alto to the wealthy and modernised Zona Sur, before the teleférico was built, such panoramic views of the city were near unseen. Now the government plans to build six more lines, dramatically expanding what is already the world’s longest urban cable car system. Because it seemed so incongruous, I set out to learn more.

The three current teleférico lines stretch almost eleven kilometers, connecting El Alto with central La Paz, and continuing south to the polished neighborhood of Zona Sur. So far it’s cost US$235 million, for everything from mechanical parts imported from Austria to surveyors and employees tending the stations. Six additional lines are scheduled for completion by 2019, which will extend the system by another twenty kilometers, costing a further US$450 million.

Torsten Bäuerlen, the La Paz head of communications at Doppelmayr, the Austrian firm that constructed the teleférico, described the technicalities of building an urban cable car system. There are safety aspects to consider; for example, the system must be accessible to elderly people, young children, and mothers carrying babies. To achieve this, the system is designed to slow the cars down as they are loading passengers. Communication devices are installed in each car in case of emergencies, and grated windows protect people on the ground from objects that otherwise could be dropped or thrown from the cars. The system also runs partially off hydroelectrical power, making it environmentally friendly (a particular benefit for La Paz’s smog-choked urban geography).

The teleférico stations were, for the most part, built on public spaces; for example, the central station on the red line, was built on a disused train station, and the southernmost station on the green line was formerly part of a military school. Where private land was used, a surveying company was employed to study the terrain and decide its market value, and the government then offered to buy out the landowners. Eighty percent agreed to sell, according to Bäuerlen. The government negotiated with the holdouts, and eventually gained access to their land. However, the planning for construction was easier than expected at first, Bäuerlen said, as the majority of the city was in support of the project.

Of course the teleférico has had a huge impact on the people who live and work near the stations, in particular on local commerce—both good and bad. María Castilla, who runs a small kiosk at the top of the yellow line in El Alto, says that since the teleferico was built her sales have decreased. María says this is due to the food and drink stalls set up in the Qhana Pata station in El Alto, which poach her customers.

However, across the road from María, Álvaro, who owns a similar small shop, says that sales have increased since the teleférico’s construction. ‘Before the teleférico, it was very difficult to get good sales. But now sales have increased significantly with more customers passing.’ He also says that the teleferico is a positive addition to the city in terms of travel: ‘I can get to the centre faster. Before, I used to have to take a bus, which would take lots of different turns to get to the centre and take me hours.’

But underneath the Qhuta Uma station in La Paz, a small market has been built over and covered by the station. I wandered in and chatted to one of the vendors selling api con pastel. She explained that her sales have decreased since the teleférico was built since people don’t pass through the market as much, which is now cold and dark from lack of light.

Commuters, of course, have a completely different perspective. Roxana, who works at the Spanish Institute on 20 de Octubre and commutes from El Alto via the yellow line during the week, speaks only positively of the teleférico. ‘Before the teleférico, I had lots of problems, in particular during rush hour—for example, at 6 pm when everyone is trying to get home to El Alto. Now, from Plaza España, I can get home in a relaxed manner. No one pushes me around and I don’t have to wait long for a bus.’ She also notes that the teleférico has brought new life to some areas: ‘Before the teleférico station at the top of the yellow line was built, it was deserted—no life, no people, no commerce. Now, there’s everything—it has had a great effect on informal labour.’

And the future of the teleférico? The next six lines are due to be given the all clear by the government in the next couple of weeks, and will take four years to build. How will it continue to change the lives of commuters, and what will it mean for the future of commerce in El Alto and La Paz? Only time will tell.