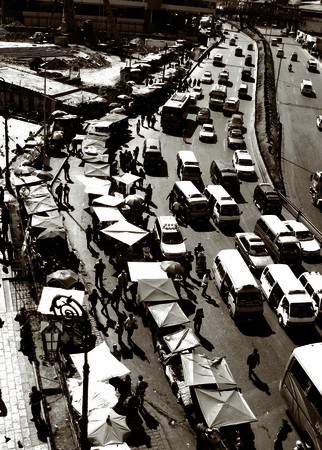 When arriving in La Paz the general chaos everywhere is one of the first things you notice. The city of La Paz is a pioneer for a traffic safety project. For the tourist new to Bolivia, the trafic is possibly the first cultural shock: the disarray of the traffic can look like a complete maze of confusion with- out rules or guidelines, but it is in fact a little more complicated than that. As a spectator it is hard to see how the traffic can flow smoothly without traffic collisions and whilst they do occur they are nowhere near as common as one would expect. The traffic, and drivers seem to govern them- selves despite the best attempts of the whistling police officers no government laws or regulations seem to have any impact on the way people drive. Whilst law 3988 does exist in attempt to control drivers and regulate the traffic it does not appear to have much affect on drivers jumping red lights or blocking intersections. All the noise and chaos of the traffic, and the police whistling, as well as the con stant drone coming from minibuses of ‘Prado, Perez, San Francicsco, un boliviano!’ make up the La Paz urban and ‘acoustic’ landscape.

We went out in the streets of La Paz to learn more about what the people actually think of the traffic:

‘The traffic is complicated here, it is a big mess and there is no respect among the motorists. I think one of the reasons is that the drivers have no education in driving. The chaos may also be a consequence of the disorganisation. Every bus or trufi is doing the same, driving in the same directions in the same roads. We need clear lines with different destinations to organise the traffic.’

The hectic traffic flow is fascinating in the way it can dominate the city. As there are no official bus stops, and there are so many ways to get from A to B, waiting at the side of street every passing vehicle competes for your custom. There seem to be far too many Radio taxis for the number of people who actually use private transport, and to increase the numbers of taxis on the street still people walk around selling black and yellow taxi signs so that unoffical taxi drivers now also run the streets. The old U.S. style school buses defy the laws of physics as they struggle up and down hills through the narrow streets. They comfortably fit approximately 30 people in, but this roughly translates to if you can breathe then hop on! Probably the most popular and common form of public transport in La Paz are the minibuses. They run to all corners of the city and will stop anywhere for just about anyone. The minibuses are distinguishable by their colourful signs with their next stops in the windscreens. In theory therefore, all very easy and straightforward. Each minibus is run by a driver and co-driver, or voceador. The voceador’s primary objective is to drum up business for the bus, calling out endless names of places in the hope that eventually a passer by will be tempted. Their task then is to somehow get 1 Boliviano off every person, and hop on and off every couple of minutes making way for new passengers. The voceador can take the form of anyone, from fully adorned elderly cholitas to a young boy of eight years old! 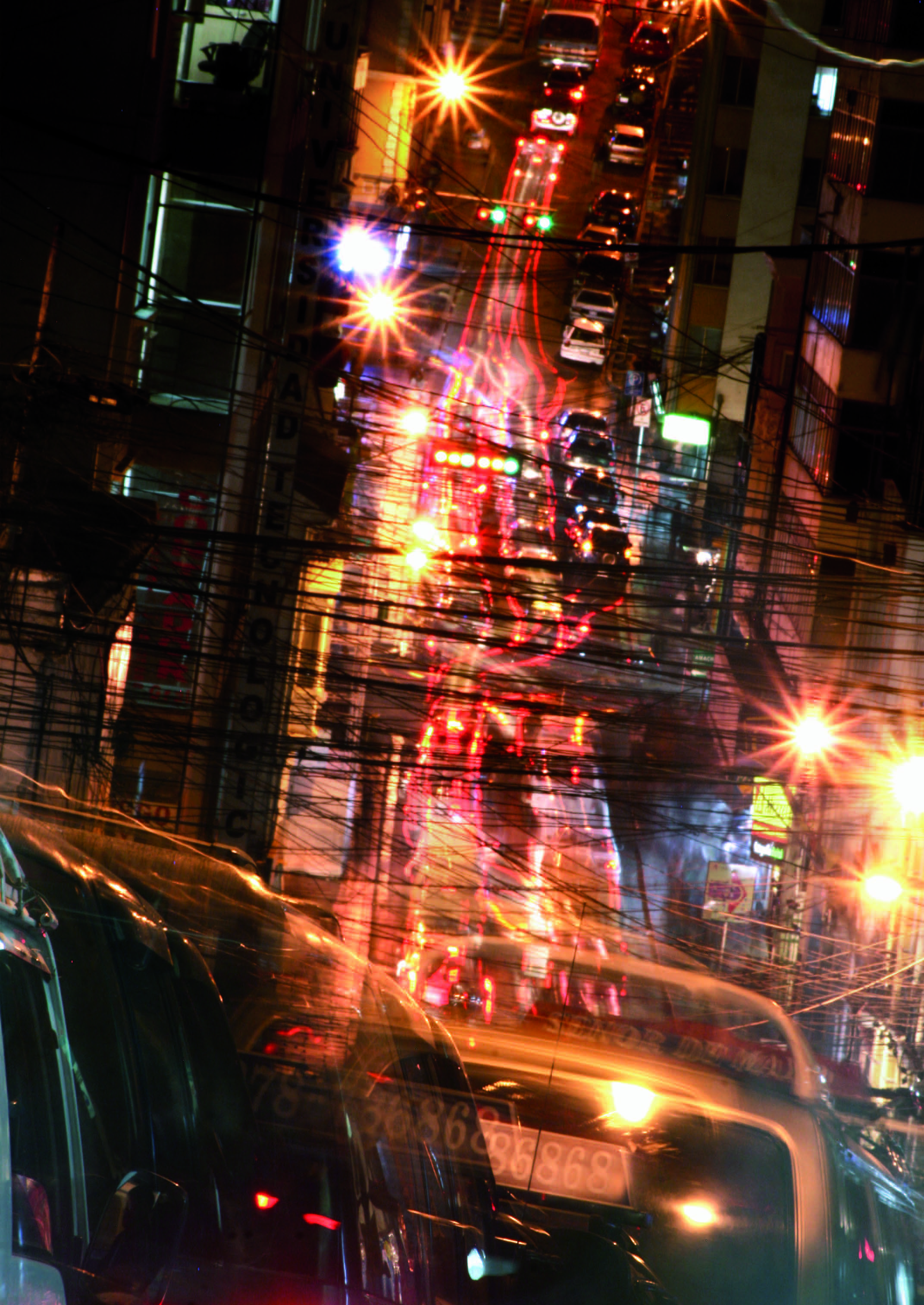 An ice cream man explained the role of the voceadores to us:

‘The voceadores are shouting out the destination and also the prices for the trips to get attention. That is because of the competition between all the buses – they need to attract passengers and to announce themselves so people will get on their bus.’

The general approach towards traffic lights is that they are a guide. At peak times, in places like Plaza del Estudiante the traffic lights have been abandoned all together in favour of officious police with whistles. Another government measure brought to control the mayhem are the unique Zebra traffic wardens, which apart from bringing a smile to your face, form human Zebra crossings as they stop oncoming traffic. These ‘zebra wardens’ encourage drivers and pedestrians to respect, or at least acknowledge the laws and they are particularly beneficial for young children. These cebras are of- ten students between the ages of 16 and 23 who, as well as studying spend 4 hours a day working with the traffic. Across the city there are around 120 cebras working every day. As well as their work on the streets, the cebras also go into schools, teaching future drivers the rules of the road, dressed of course in their ‘paso de cebra out- fits’! The outfits are basically a reflection of the paso de cebra, or zebra crossings colour scheme, and are thus the black and white suits that are around the whole city.

We managed to catch a couple of stray cebras in one of the most chaotic traffic spots in La Paz, plaza San Francisco:

‘The job can sometimes be hard, and a lot of people have no gratitude or respect for our work, and still drive the way they drive, but at least it is warm in the outfit!’

‘It can be rewarding and fun, and we try to be as happy as possible jumping around waving our stop, go signs about. We helps kids the most, and try to have as much fun with people as we can.’

Organising the La Paz traffic is one of the Gobierno Autónomo Munici- pal’s primary objectives. The idea is to connect the city of La Paz with different bus lines and public buses to cut down on the sheer volume of traffic, and also to some extent control it. People have generally adapted to the traffic situation in La Paz, and whilst paceños aren’t necessarily entirely happy with the chaos they appear to tolerate it!