Tourism and Sustainable Development: Bolivia Looks to the Future 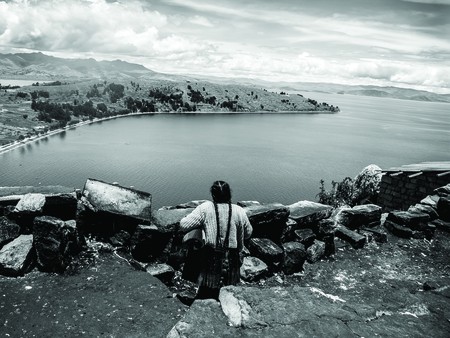 Tourism in Bolivia has skyrocketed over the past ten years. Emerging trends are communitarian, eco-friendly and have a marked development agenda.

From the majestic snow-covered peaks of the Cordillera Real to the dense jungles of the Amazon Basin, Bolivia possesses rich natural beauty. The Salar de Uyuni is growing in renown, and Lake Titicaca is already a popular destination. In addition, cultural and historical roots in Bolivia are less corrupted and more immediately palpable than elsewhere. Yet Bolivia remains one of the least-visited countries in South America.

This is changing: according to a report by the Bolivian Institute for Foreign Trade, tourism in Bolivia grew by a staggering 83 percent since 2001. This is a good thing, and not just for tourists: more people visiting Bolivia translates into more money for the Bolivian economy and the Bolivian people, and it also brings with it new forms of development. I met with Vice Minister of Tourism Marko Machicao Bankovic, who explained the ways through which tourism can be an instrumental part of how the country develops. With new campaigns such as Bolivia Te Espera (Bolivia Awaits You), the industry is trying to attract more visitors. It is clear, from talking both to private sector tourism companies and the Vice Minister, that the industry is shaping how Bolivia develops.

A common view of tourism, especially in developing countries, is that it is exploitative. There is a beautiful beach, then some conglomerate builds a large resort on it, sucks money out of the natural beauty until it is no longer profitable, and then moves on. It’s a paradox: on one hand, the industry brings money into the local economy; on the other hand, it is often exploitative of either the natural richness of an area, or the people who live there — many times both. Marko Machicao, the Vice Minister of Tourism tells me:
Traditionally, tourism worked towards development by generating small jobs and some basic infrastructure for the community. We’re now seeking forms of empowerment. Private companies must have the ability to develop local competencies, they must develop leaders and local entrepreneurs who can take over the tourism sector. It’s to change the assistance-oriented tourism approach to one more focused on partnerships. We must generate initiatives which allow local communities to manage their own offerings and work in healthy competition.

The government’s objective for to become a major tourist destination by 2025, precisely involves reversing this trend. As the Vice Minister of Decolonisation Félix Cárdenas tells the BX:

We cannot continue projecting the image of impoverished Bolivian indios searching among the rubbish, asking Europe for help. It’s to exploit the poverty of these people, instead of showing their lives and worldviews. Communitarian tourism would involve an equal exchange; for an English family, for example, to live alongside a Guaraní family, and for this process to be managed by the family itself, instead of a tourism agency. I believe that we have to show that we’re not a museum piece, we’re a reality.

Bolivia is in a unique situation, though. Tourism in the country didn’t become popular in the second half of the twentieth century like it did in other South American countries, such as Brazil, Argentina, and Peru. But tourism is now increasing at a frenetic pace. According to the Vice Ministry of Tourism, the industry generated $378 million in revenues last year and was responsible for 250,000 jobs. Now, with the popularization of ‘eco-tourism’, or 'good-conscience tourism', Bolivia is becoming an increasingly popular country to visit. ‘We’re not going to start selling beaches, casinos, and partake in that type of consumerism’, says Minister of Culture Pablo Groux, who oversees the work of the Vice Ministry of Tourism. ‘What we can sell are landscapes, history and identity.’ To that end, Bolivia’s latest campaign focuses on community and nature tourism, which it hopes will create an integral experience that shows the world what it is that makes Bolivia so special. As Marko Machicao explains:

There are perverse models, such as Cuzco, where you see an almost cinematographic exposition of who the people are. We think people want to come to Bolivia to know communities as they really are. Another reason they come is that they want to see a country under construction. Who we are is still being defined.

But no matter how much time and money the government spends on the tourism industry—through advertising or the ubiquitous tourism offices in city centers— true change must come from the private sector. Private companies are responsible for developing the industry, and it’s incumbent on them to develop responsible practices that will contribute to the positive growth of this country. Two privately-owned organisations have begun this practice and are setting a standard that others are already following.

Gravity Assisted Mountain Biking, founded in 1998, was the first company to run trips down the ‘World’s Most Dangerous Road’. Gravity is now leading the charge into large-scale eco-tourism. With its carbon-neutral 2012 initiative, the company is seeking to not only become the first carbon-neutral company in Bolivia, but also to assist the tiny rural villages that are located at the end of the ‘Death Road’. These small communities, set amidst the idyllic jungle-covered mountains and valleys of the Yungas region, are struggling immensely due to the opening of the new road connecting Coroico to La Paz across the valley. This diverted almost all traffic, the lifeblood of these village’s economies, away from the ‘Death Road’. Gravity, which in an extensive study calculated its emissions at ninety tonnes of carbon dioxide per year, partnered with a group called Inti Illimani to provide solar ovens for these communities. The ovens reduce the reliance on gas and firewood, can last eight to ten years, and offset an average of over two tonnes of carbon dioxide per year. Not only do the ovens reduce the overall production of carbon dioxide, they provide a means for rural families to cook that isn’t dependent on the energy grid—or how much they can pay for power.

Another major Bolivian tourist destination, the city of Potosí, sees roughly 74,000 people annually, most of whom visit the eerie mines of Cerro Rico, the cone-shaped mountain that casts its shadow over the city. Many tourists who exit the still-operating mines leave feeling that something should be done about the horrible working conditions under the mountain. Following her visit in 1994, Margaret Kamphuis did just that. The Netherlands native is now the head of Amigos de Potosí, an organization dedicated to improving the lives of local miners. Amigos has provided large water tanks and electricity in the mines, something that Wilber F. Garnica, operations manager for Koala Tours Agency in Potosí, and a leader on the ground for Amigos, says many other groups have imitated in Cerro Rico. The ultimate goal of the organization is to provide young men in rural areas surrounding the city alternative career paths to mining. Amigos de Potosí is now focusing on vocational training in the surrounding rural areas. Guided tours that show the terrible conditions of Cerro Rico have long been one of the most exploitative tourist attractions in Bolivia. But Amigos de Potosí is now part of a number of organizations that are attempting to turn this particular aspect of the tourism industry into a positive.

While there are a number of things that must be addressed within Bolivia in terms of tourism, from better transportation systems to improved safety, perhaps the most important goal that everyone involved in the industry must focus on, is maintaining the culture and natural beauty of Bolivia. At the same time, opportunities must be provided for Bolivians themselves to find development and economic security in their own terms. Whatever happens, it is extremely crucial for the organizations that influence these things—such as the government and organizations like Gravity Assisted Mountain Biking and Amigos de Potosí—to understand that this is a most important period of development for the tourism industry in Bolivia, and in many ways, for the country itself.