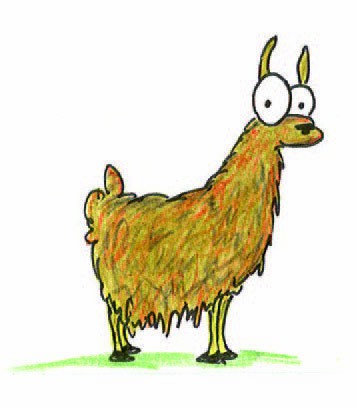 There’s no doubt that cinema is a crucial way of immersing yourself into the culture of a country, especially to discover the mentality of its people, history, humour, and a whole way of thinking are focused through the director’s eye. ¿Quien mato a la llamita blanca? (Who killed the little white llama, 2006), Rodrigo Bellott’s second film, is a wild satire on Bolivian corruption, a variation on both the buddy flick and the road movie that takes two inept drug-runners on a trip from El Alto to Santa Cruz.

Because this movie gives a sharply exposed overall view of Bolivia that lampoons many clichés. It will show you the little known aspects of this country with perceptiveness and humour.

The mere sight of Guery Sandoval (the Bolivian actor who plays the narrator), sitting on his little bike and ironically revealing the plot development is a pure joy.

Despite being a comedy there is a deeper message that pertinently denounces political scandal, racism, poverty and drug trafficking, and the question raised by the title itself : how can the media make such a big deal over a llama’s death and ignore these bigger issues?

Because Bellott is excusing no one, everyone gets laughed at: from the French NGO worker who keeps repeating that “coca is not cocaine” to the Hare Krishna disciples debating whether to eat chicken or not...we are delighted at this two fingers up to political correctness.

In this movie you hear a lot of Bolivian slang, which is useful to add to your Spanish vocabulary - like ch’api, for example. And there are little pseudo-scientific captions to explain!

Because Jacinto and Domitila, los Tortolitos (the Lovebirds) are like a wacky Bolivian version of Bonnie and Clyde.

The incongruous mix of Bolivian folk music and heavy metal suits the overall irreverence of the movie perfectly.

After seeing it, this is the film you’ll want to show anyone who is keen to understand more about the littleknown sides of Bolivia.