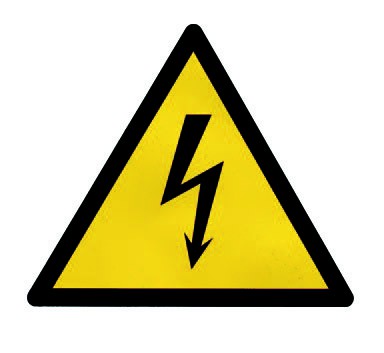 A culture shock, like culture itself, can only be experienced subjectively. But after living in La Paz for two months, I’ve found there are certain aspects of life here that inevitably jump out at the uninitiated. What follows is an attempt to organize these moments and revelations into a list of observations, a “Top Ten” of culture shocks:

1. CHOLITAS’ TRADITIONAL DRESS: possibly the first thing to stand out upon arriving in La Paz. The cholitas maintain a distinctive mestizo dress that includes bowler hats, vestiges of a fashion long rejected by the Spanish who originally brought it over the Atlantic. Their black hair, usually worn in two braids, is said to be a sign of their femininity amidst a life of hard work. But like the rest of Bolivia, the cholitas are changing. “It’s interesting,” Santos Tola, anthropologist and researcher of indigenous garments, reflected, “despite the pride that the cholitas have for their clothes, many of them don’t want their daughters to follow their example. And some daughters reject the traditional outfits as well.”

2. AYNI: when I was first told that Bolivians don’t drink alone, it didn’t strike me as so different from back home. After all, most people in the U.S. would feel a bit awkward if we were found alone in our room polishing off a bottle of Singani. It wasn’t until I actually sat down to drink with some friends in El Alto that I realized traditionally Bolivians don’t even sip their alcohol unless everyone does it together. This custom is part of a much broader system of reciprocity, called Ayni, which has its roots in hundreds of years of Aymara tradition. Possibly the most surprising example I’ve heard about Ayni imposing its restrictions concerns a man who asked his younger brother to help him find a mariachi band for his wedding. Their mother pointed out that the younger sibling would then have to have a mariachi band at his own ceremony - provided by his older brother, of course. In the end, he got off with having them perform at his next birthday.

3. CULINARY ORIGINS: Drinking aside, Spanish will only get you so far in Bolivia’s culinary landscape - many of the dishes take their names from Aymara and Quechua. Although empanadas can be found all over Latin America, here when they are large and fried they go by the name of Tucumanas (see p.XX). The ají is called llajwa and that yummy sweet purple drink? Api. At the same time, there are some surprising juxtapositions, such as the popular breakfast chain Api: Happy. Yes, English has infiltrated Bolivia’s food vocabulary alongside Aymara and Quechua traditions. “Pizza” joints populate the streets, and hamburgers and hotdogs are mainstays of the early evening and late night snack hours.

4. DANCE: Even after the diabladas are over with and Carnaval has been packed up, Bolivians have a distinctive vocabulary of movement that can in part be traced back to indigenous dances. At the dance clubs around La Pérez in La Paz Andean music pours from the windows, and inside the men and women pick up napkins from their tables to dance cueca. It would be wrong to describe Bolivia’s entire Andean dance repertoire as falling into one genre: Afro-Bolivian and indigenous groups, La Paz and Oruro - each region and community has its own particular style.

5. PROTESTS: Offices, schools and mid-week travel plans can be brought to a screeching halt by Bolivians’ preferred method of political participation. While it has been a few years since the intense conflicts and demonstrations of 2003-2005, under President Morales citizens continue to express their opinion in the streets. Last month’s Greater University of San Andres protests in La Paz cost two days of school, and were in response to financial and administrative infringement from the government on the University’s autonomy. Evo’s choice to raise petrol prices a few months ago (which itself elicited a violent reaction in the streets) has had a ripple effect on other prices, and the University employees have not been alone in marching down El Prado in hopes of getting a commensurate increase in their salaries.

6. LA ZONA SUR: One of the biggest culture shocks might be finding something so similar to home (depending, of course, where you’re coming from). So those from the States or Western Europe may be a bit confused when wandering through Zona Sur, an enclave of Western culture within La Paz. The people look less indigenous, you can find your favourite neighbourhood Burger King and they pronounce their “r’s” in a distinctively American accent.

7. BOLIVIANISMS: Bolivians may be known for having the clearest, slowest, easy-to-understand Spanish accent in all of South America (although it would be wrong to say there is just one Bolivian accent). Nevertheless, their speech is not without its idiosyncrasies. Echoes of “yaaa!” ricochet along the valleys of La Paz on Saturday nights, as groups of young friends react to each others’ jokes with this preferred affirmation. More startling, at least for this writer, is being asked “de qué?” or even “por qué?” in response to thanking someone. After a short time though, I’ve learned to resist the impulse to explain to my cab drivers why I am grateful for their service.

8. MOVIE CULTURE: Don’t wait to buy the latest new release until you leave Bolivia. The DVD black-market is teeming with the latest blockbusters, art-house classics and cutting edge documentaries. You may be surprised when your Bolivian friends break out trivia about Christopher Nolan’s independent directorial beginnings before he did Dark Night. This reflects the fact that, without too much thought or expense, personal DVD collections here can easily grow to include hundreds of titles - all thanks to a developed pirating industry which brings in movies fast and, byand- large, in high quality.

9. MERCADOS: Bolivia’s buzzing informal markets are a nexus of such vastly different types of contraband, food goods and traditional medicine that they can be hard to absorb in one hit. Anything from HD cameras to peanuts can be found sprawled out among these street markets, and all for a (suspiciously) reasonable price. La Paz’s Mercado Rodríguez blends into Max Paredes, which, depending on whether you follow it up or down, splits into Huyustus and Mercado Lanza. And walking down certain parts of Calle Buenos Aires it’s easy to be fooled that you’ve found another hidden centre of commerce, but despite all the vendors this market is so informal that it doesn’t even have a name.

10. TRAFFIC: Meandering amid these busy streets, it’s easy to become paranoid. But despite the appearance that all the cars are trying to run you down, they’re really more indifferent towards the existence of pedestrians than anything else. With so much traffic normally blocking up the cities’ arteries, the acceleration pedal is just too tempting on the rare occasion when drivers are presented with a street empty of other cars. Most frustrating is that the few intersections to actually have stoplights have them situated so that they are impossible to see from the sidewalk. The solution? Do as Bolivians do, and walk slowly.