Too few to tango? 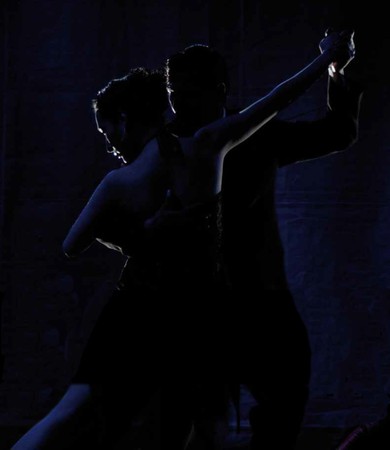 Lifestyle and Going Out

When you think of tango, Bolivia is not the first country that immediately comes to mind. Instead, you think of Argentina, where the dance has evolved over the years into a source of national identity and pride. Yet, Bolivia being relatively close to its birthplace, it wouldn't be too presumptuous to think that throughout the years the dance might have diffused its way over here, much in the way that salsa arguably has. However, this is not the case. Tango in Bolivia can be seen as a niche activity, in which a select few participate, and even fewer master.

As a generalisation, in British clubs young people bob self-consciously around the dance floor, gyrating in circles whilst performing ironically cheesy dance moves. But in South America, this is not the case. In Bolivian clubs and at social gatherings, it is common to see couples vigorously dancing salsa; few of these dancers have had lessons, yet almost everybody, young or old, has a few moves to brandish, having learnt through imitation. And they do. Interestingly, very few people sit back and watch at social events where dancing takes place—if you are not participating on the dance floor, people will ask why not. Having been told by many Bolivians that "dancing is in our blood", and given what I have witnessed, I am inclined to believe this is true.

Why, then, is tango the exception to the rule? In other South American countries, and even Europe, tango thrives; "It depends on the city, but you can find milongas in other places almost every day of the week," Nina Kuehnel de Villalba, a German tango dancer, informs me. But not in Bolivia: in La Paz there are only three monthly milongas in existence. Why so? It cannot be argued that it is a case of origin, that tango emerged in Argentina and hence is not as popular. This is disproved by the fact that salsa, coming from Cuba and Puerto Rico, results in an instantly crowded dance floor. Instead, could it be a lack of interest on the part of young people? Are they more concerned with fun, less regimented dance? But neither does this seem to be the case: Although in the milongas of La Paz more mature dancers do hold the majority, there is still a strong crowd of young people that frequent the same gatherings.

There does, however, seem to be a class divide. Tango is a hard dance to master. Teachers will inform you that women can become competent within a few months of biweekly classes, but men, on the other hand, are likely to spend most of their lives trying to master the complicated dance, due to the fact that they have to lead their female partners. This means that in order to become confident enough in the dance to stride your partner around a milonga, you will in all probability have to pay for a lot of classes. "On top of this there are shoes, and milonga tickets . . . It can be expensive", says Alfredo Villalba, a tango enthusiast who took four years of classes to reach his current level. This, it seems, is the issue: why would someone, unless they felt passionate about learning, pay all that money to learn tango, when tango music is very rarely played at social events? People tend to find salsa much easier, and therefore cheaper, to learn.

This may be the case, but, luckily, a tango community does exist in Bolivia. In fact, a very enthusiastic and welcoming one at that. When asked if tango was elitist, the overwhelming response from everyone, despite evidence to the contrary, was no. "It's not elitist . . . Everyone comes together. It joins classes and ages. The only thing that matters is that you can dance!", Patricia del Carpo says enthusiastically. And in that lies the hope—the community are willing to accept new faces, regardless of their level of skill. Yes, it may be a little more expensive to pick up as a hobby, but when the dance is so beautiful, passionate, and in all honesty an impressive skill to cultivate, the logistics behind it seem to hardly matter.