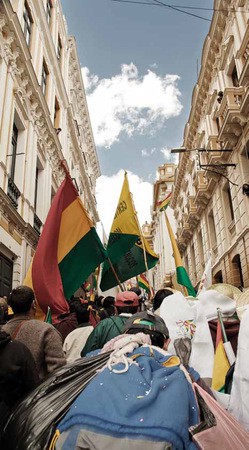 At the heart of the storm, there appeared a division between morales as an indigenous leader and a socialist leader.

For the last few months in Bolivia, tipnis has been on everybody’s tongues. It has come to represent the centuries old fight for indigenous recognition and rights. For two months, people from indigenous communities – be they pregnant, children, infirm or old – have been marching from their protected homelands to the seat of power in La Paz. 500 kilometers away and 4000 meters up.

In August, the government announced a plan to build an industrial highway right through the middle of the Isiboro Sécure National Park and Indigenous Territory, known by its Spanish acronym TIPNIS. To be financed by Brazil, the highway was central to Morales' 'proceso de cambio', a concept used widely by the government and its supporters, and which amalgamated a new approach to economic and social development through nationalisation, industrialisation and the protection of indigenous ways of life. The government argued the road would boost Bolivia's economy by connecting agricultural and commercial areas whilst also improving public services for inhabitants of the park. As the first indigenous president, Morales has made an interesting figure on both the national and international stage, producing both smiles and scowls from different quarters. While his promotion of coca production, nationalisation of natural resources and opposition to transnational corporations have provoked unfavourable reactions from the US and business elites, his unique approach to climate change and development has won him the title of 'World Hero of Mother Earth' by the UN General Assembly, and he is recognised as a celebrated protector of indigenous rights at home.

In the last few months, however, the tenuous balance between rights, environmentalism and development has come close to collapse, rocking the entire nation and exposing Morales' often contradictory policies. In fear of increased drug trafficking, deforestation and damage to their flora and fauna, over one thousand people from the TIPNIS area set off in mid-August to protect not only their way of life but their very survival. Once the spectre of police repression raised its ugly head in late September, the marchistas found overwhelming support from the Bolivian public, 45% of whom sabotaged their ballots in defence of the TIPNIS during the judicial elections in mid-October. At the heart of the storm, there appeared to be a schizm between Morales as an indigenous leader and socialist leader. Part of the controversy over TIPNIS has been the 'colonisation' of the area by working class cocaleros who make up a significant proportion of Morales' support-base. Speculation in the media ranged from claims of the existence of oil reserves in the region, to debates around Brazil's manipulation of the situation, and allegations that the road would disproportionately benefit coca commerce.

A week before the arrival of the marchistas, pro-government movements came out in support of the highway and the 'process of change', bringing the two factions close to conflict as La Paz teetered on the brink of chaos. However, public support was overwhelmingly in favour of the TIPNIS communities, which soon became a national symbol, forcing Morales to defend his environmental credentials in the face of overwhelming pressure. By the time they arrived in La Paz, tens of thousands of protesters from all sections of Bolivian society poured out onto the streets to greet the weary marchistas like heroes. At the welcome ceremony in the Plaza de San Francisco, the leaders referred back to the landmark indigenous march in 1990 which secured rights for their communities for the first time. Many claimed this was only their second-ever march, this time demanding that the rights they had already won be respected. 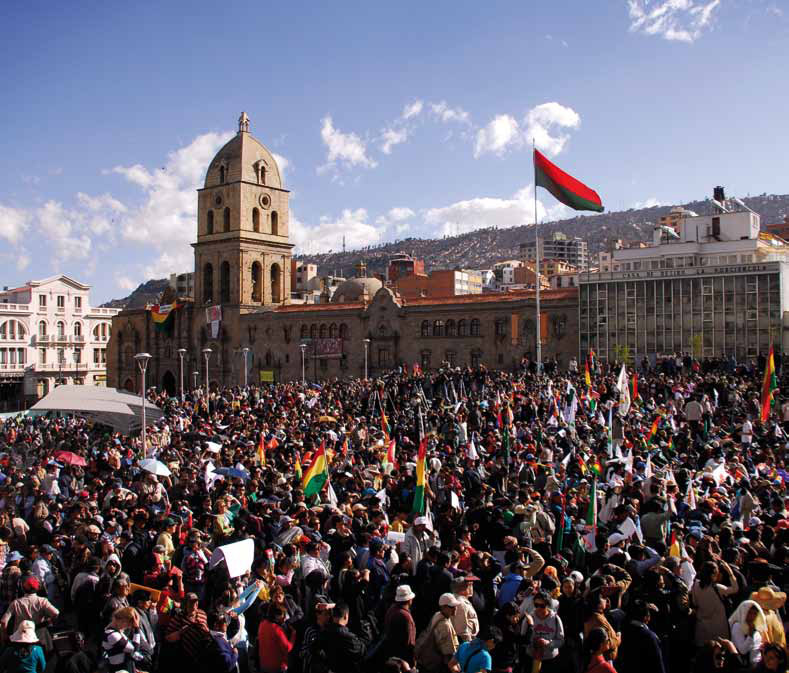 One leader of the march, Fernando Vargas, held up Bolivia's emerging solidarity for environmental concern. He told me that even if their own President was going to go back on his word, they would not be "accomplices of world destruction". When asked what this issue really meant to one marcher, Jose Sadivav of CONAMAQ replied: "TIPNIS means history. From ancestry, we have chosen to live with Mother Earth. It is who we are". He acknowledged the impact of the marchistas' bravery on environmentalists and minority cultures alike all over the world. "I think we have set an example. This will always be worth fighting for." 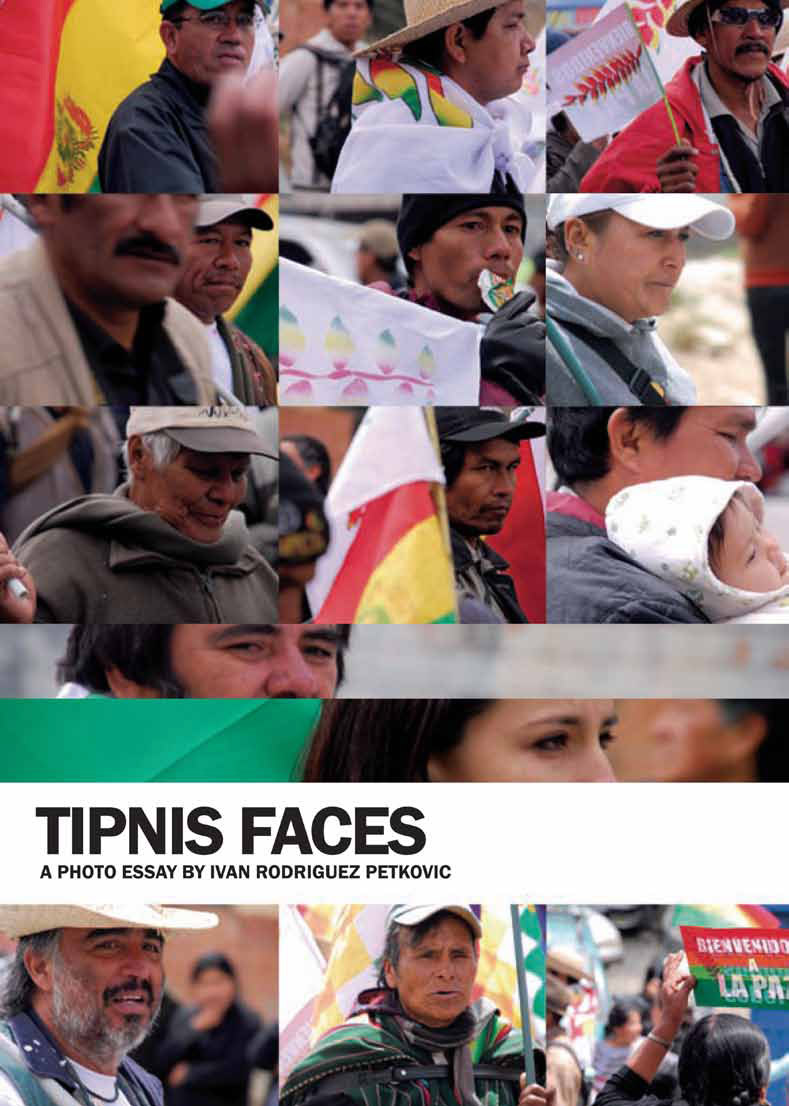 The gente del TIPNIS have successful challenged the government to stand by his commitment to the 'suma qamaña', known in Spanish as 'Vivir Bien', or to 'live well' in English– a concept that Morales himself has proposed to the UN. It gives Mother Nature, life, consensus and respect for differences a priority and most of all, seeks to discover a balance, standing in opposition to the 'live better' philosophies of capitalism. As the marchistas return home, the people of La Paz thanked them for their courage and bravery. They have ensured that Bolivia remains to set an example.