Through the Eyes of Outsiders 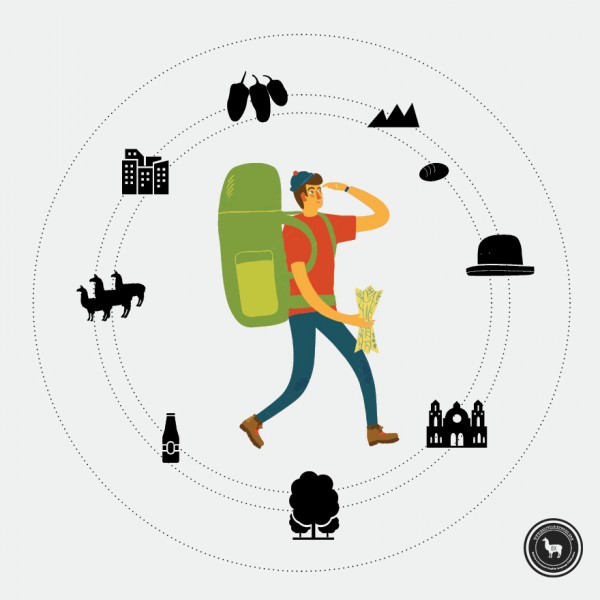 The Travellers Passing Through Bolivia and What They See

There are always people passing through here. Travellers trickle down through the Peruvian mountains, backpack up from Argentina, or emerge from the Amazonian rainforest. The foreign faces come and go, they have many more miles to cover, a continent still to see; Bolivia is often just a brief stop. Unlike in many of this country’s neighbours, for some here the sight of visitors is still a strange one, these distant people who have journeyed thousands of miles from their own homes to stand under a curious local gaze. Yet as international tourism only continues to increase across South America, perhaps it is worth asking: What do these strangers see when they look back at Bolivia?

What do these strangers see when they look back at Bolivia?

I am working in a quiet hostel in the center of Cochabamba, Jaguar House. Guests don’t usually stay long, maybe a few days. But skip them and you potentially miss a story that spans across countries and oceans. After the 2012 Olympics in London, Keith Banbury arrived in India at the start of his travels, having quit his job and dropped his few remaining commitments. Three continents and four years later, he’s still going. He’s volunteered for a month in the jungle; had all his valuables stolen in Argentina; and has eaten, as far as he’s concerned, an ungodly amount rice and chicken in South America.

His reasons for this global odyssey, however, are really quite simple. ‘I don’t want to be carrying a backpack when I’m 70,’ Keith said. Tall and thin, his concerns are certainly legitimate: his backpack is nearly twice his size. Yet this specter of old age reared up in the motivations of all I spoke to, whether they were in their mid-40s like Keith, or barely into their 20s. Seigfried Fuchs, a young German man travelling with his Irish girlfriend Rebecca Caulfield, had the same thing to say: ‘Better do it when you’re young than when you’re old with a stick in your hand.’ Broad-shouldered and confident, it’s hard to imagine he’ll ever need one.

These folks are certainly more than holiday goers; they are on a journey that demands something of the invincibility of youth. Jeffrey Plume, an easygoing American from Missouri, anecdotally described with considerable relish the chaos of his hostel in Cusco, from the in-house cocaine dealer doubling up as a male stripper to the backpacker pregnant from her ayahuasca shaman. ‘I meet a lot of crazy people,’ he said.

There is also a sense of intense forward motion in this place, of moving away not just from previous places but also from earlier selves. Silja Studóttir, an arts graduate from Iceland, had good reasons to leave home. Slight, ethereal, and almost fairy-like, she has the kind of blue eyes and long blond hair that comes only from Northern Europe. She travelled to leave her small island and an abusive relationship behind far behind her. ‘The word for stupid in Icelandic means “if you’re always at home”,’ she said. ‘That’s the reason I want to travel. I don’t want to be stupid in that sense.’

Some left even more at home when they decided to head south. Jeffrey is a PhD graduate in neuroscience and had a burgeoning career in the field. Dissatisfied and impatient, he quit his job, sold pretty much everything, and got on a plane to Latin America. Whilst waiting for his connecting flight in Miami, a fellow passenger asked why on earth he wanted to leave; after all, the United States has mountains and beaches, – why travel so far? ‘You don’t get it, it’s different,’ Jeffrey he told the man.

It is this difference that so captivates the people passing through here, something Rebecca and Seigfried were very clear on. They had spent a year working in Australia together, and as far as Seifgried was concerned, ‘They are spoilt there.’ It felt to them like a poor mimicry of somewhere else, a bland combination of other places. In comparison, Rebecca said, ‘There is so much history, culture in South America.’ Of course, there is always surprise at how varied Bolivia is compared to its neighbours. Travelling overnight from La Paz to Jaguar House, Sija described it as taking ‘a bus back in time’, waking up to find clerks in the bus station using typewriters. In turn, faced by the tall banking towers along Cochabamba’s El Prado, Jeffrey felt like he was back in glossy concrete sheen of Miami.

For these visitors, just as hard to pin down are the local people themselves. How long does it take to understand the people of a country? A month? A lifetime? If there was ‘hesitancy’, as Jeffrey put it, in those he met, this was overshadowed by the plethora of stories these new people had to tell, usually on an overnight bus ride. On his way up to Rurrenabaque, he got into a long discussion with some government officials who alluded to a secretive mission they refused to fully disclose. Keith chatted with a relative of a restaurant owner who was famous, so he claimed, for owning the only vegetarian restaurant in Potosí. The man extended a casual invitation for Keith to visit and a month later he actually arrived at the Manzana Mágico. ‘I think he was surprised that I really turned up,’ Keith said, although that didn’t stop the man giving him a full tour of the city.

It is these stories of connection and involvement that the people I met seemed to enjoy talking about most. In one regard, there is a profound disconnection expressed by these travellers, from the places they left behind to the items they brought with them. ‘I don’t have anything which is irreplaceable; they’re just things, you know, things you carry around,’ Keith said. ‘You can just move on.’ Few I spoke to had come to stay in Bolivia specifically; they had just ended up here, or were only passing through. Yet to travel thousands of miles, to leave boring jobs or difficult relationships behind, is to seek something more than a nice photo. Perhaps it is in search of a place to belong.