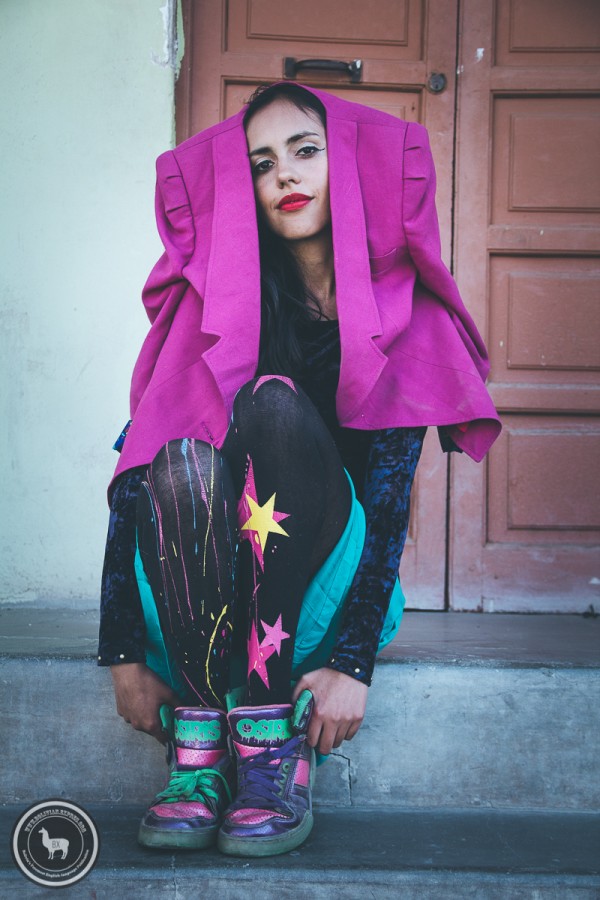 The Arts and Lifestyle

The Consumption Behaviour of Millennials

US singer-rapper Macklemore gave us a hint in 2012 – the youth of his generation have an incredible affinity for the consumption of used clothes. In his song ‘Thrift Shop’, he speaks of his passion for buying clothes secondhand: how cheap they are, how awesome they make you look, the incredible articles of clothing you can find, and how ridiculous it is to pay big-brand prices.

As a frequent consumer of used clothes and a designer of an upcycled clothing brand, I dedicated my marketing master’s thesis to the study of used clothing. The majority of previous studies about secondhand clothing focus on its negative aspects: the threat it represents for Bolivia, the deficiencies in the country’s own industry and the risks that its consumption produces. My intention, however, was to give another perspective that would reveal the reasons behind the demand for used clothing and the consumption patterns of the Millennial generation. In this way, I examined the other side of the issue and tried to focus on the consumption of secondhand clothes in a way similar to how it is viewed in many other parts of the world. That is to say, to see thrift shopping as an eco-friendly alternative that goes against consumerism, the industry of fast fashion and the deterioration of the environment.

When one speaks of secondhand clothing in the city of La Paz, the Feria 16 de Julio in El Alto immediately comes to mind as the biggest market for used clothing in Latin America. However, my intention was to not only study these special markets and traditional stores, but also the entrepreneurs and small businesses that work within the secondhand-clothing sector, and the activities used to promote its sale (e.g., car boot sales). According to my research, Millennials (those between the ages of 16 and 34) have several defining characteristics: they are more likely to purchase used clothing; they have a major interest in conscious consumption; they are concerned about the degradation of the environment; they enjoy spending their money on trips, gadgets and experiences more than personal objects; they have little interest in brands; and they prefer to invent their own style and distinguish themselves from others. Although the study found that the majority of Millennials in La Paz generally buy new clothes in traditional stores, malls and venues (such as those along Calle Uyustus, near the Cementerio General, which offer cheap clothes from China), 30 percent of respondents considered themselves to be conscious consumers: consumers that support local start-ups, buy used clothes for eco-friendly reasons and are in favour of recycling.

Millennials have an incredible affinity for the consumption of used clothes.

Currently, there is greater acceptance of the consumption of used clothing, which is no longer viewed as strictly for people with a low income. Indeed, Millennials often take pride in their secondhand sartorial choices, echoing global attitudes toward climate change, scarcity of natural resources, intrusive marketing and eco-friendly consumption. Companies are now challenged by these new considerations, and they must think about new models of business.

Nonetheless, new, quality clothing is on sale throughout La Paz. In 2012 the Bolivian government raised tariffs on new clothing imports by 45 percent in order to strengthen national industry. However, Chinese-made clothing is so inexpensive – even with added tariffs – that clothes from that country continue to dominate the market. And import duties have slowed the sales of more expensive, higher-quality foreign brands. Economist Gonzalo Vidaurre explains: ‘International brands are also hesitant to open stores here, not only because of the tariffs, but also because Bolivia is a smaller market whose inhabitants have less disposable income.’

As a result, Millennials are searching for new alternatives in order to find articles of clothing to their liking. While half of those surveyed generally buy clothing from traditional stores, the other half prefer to find their clothing at secondhand stores, local boutiques, online or abroad.

Although the topic of used clothes in La Paz can be controversial due to the damage inflicted on the national textile industry, and while it is necessary to address this issue, there is a good reason for buying secondhand clothing. It’s more than just the lower price – it’s a movement of people who are searching for alternatives due to the limited offerings of traditional stores or for reasons relating to conscious consumption. And this type of clothing consumption is growing to a global level, one to which many of the biggest brands are adapting.

The consumption of secondhand clothing is a trend strongly connected to the Millennial cohort, which many parties within the clothing industry can take advantage of. From the biggest brands producing articles of clothing that evoke past decades or vintage styles, to the secondhand-clothing stores and small local start-ups that provide recycled offerings, they all provide alternative ways to dress sustainably, based on upcycling and eco-friendly fashion.

In 2006 the importation and commercialisation of secondhand clothing in Bolivia was made illegal.

Regardless, today these activities have not ceased

Secondhand clothing arrives in South America through the philanthropic activities of organizations like the Salvation Army and Goodwill, which receive donations from people that throw out articles of clothing and export them to countries in the Global South: South America, Asia and Africa.

The textile industry sees itself as threatened by this, along with the availability of cheap clothing produced by China

Discoveries
Of the 612 surveyees between the ages of 16 and 34 years in the city of La Paz:

87% bought secondhand clothing at least once

56% consider themselves a regular buyer of secondhand clothing

61% buy secondhand clothing because of the low price

52% buy secondhand clothing because they want articles of clothing that are original, special or unique that they can’t find in traditional stores

30% of those surveyed demonstrate a high level of commitment to the environment, support slow fashion, local startups, upcycling and conscious consumption in general

Over twice as many women than men have bought secondhand clothing

Upcycling: to process used goods or waste material to produce something that is often better than the original

Fast fashion: refers to a phenomenon in the fashion industry whereby production processes are expedited in order to get new trends to the market as quickly and cheaply as possible regardless of the consequences