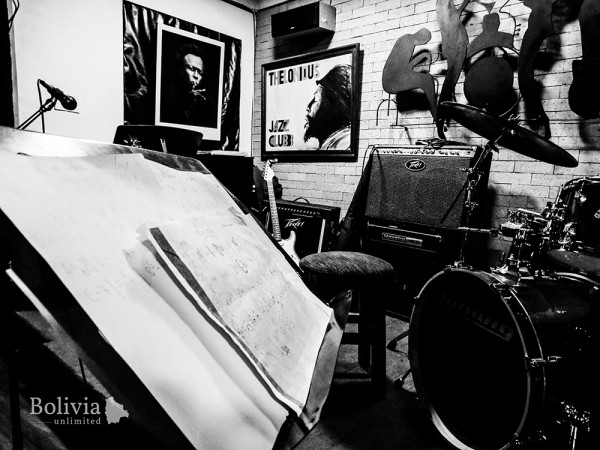 The Arts and Going Out

The city’s jazz fans congregate in the new location

Entering the Centro Cultural Thelonious is to be transported to another world, away from the bustling cityscape of La Paz. It’s easy to feel the jazz legacy it’s inherited, with black-and-white photographs and vividly painted portraits of performers hung on every wall, candlelight reflecting off brass instruments to give a warm and intimate atmosphere. Originally established in July 1997, Thelonious is one of the few spaces in Bolivia dedicated to jazz. After an uncertain moment in 2016, when the old club was demolished to make way for another building, there was a struggle in meeting the legal requirements for restoring and moving the jazz club. It was then that the concept of a cultural centre emerged and gained support among musicians and others within La Paz’s small jazz community. Thelonious was reborn as a cultural centre, and it’s now going strong, with both performances and jazz instruction sharing centre stage.

Juan Carlos Carrasco, the current owner who took over the re-establishment of Thelonious, elaborates on what makes it one-of-a-kind. ‘Musicians perform for money, and then they come here to play for enjoyment,’ he says. ‘Lots of jams happen – sometimes we come here at 5:00 am and they’re still playing.’ Carrasco has a cool demeanour, complete with casual white T-shirt and jeans, but it becomes apparent that he has the same energy as the bebop jazz the Centro Cultural Thelonious – and its namesake – is renowned for. He’s engaging when he talks, and, with a youthful glint in his eyes, his passion for jazz is clear. Carrasco jokingly describes his relationship with jazz as similar to falling in love with an ugly girl. ‘It’s like, Oh I don’t know, maybe, I’ll take it, and then you start to really love her, and then by the end it’s like wow!’ he says. Carrasco has a hands-on approach to the Centro Cultural Thelonious and is keen to spend time there helping to develop it. After being enchanted by live music for much of his life, Carrasco is the perfect fit for the cultural centre. His enthusiasm is infectious. ‘I love to see people happy with music,’ he says as he leans forward and gesticulates in a way that makes one believe, as he does, that this is something special.

‘Lots of jams happen – sometimes we come here at 5 am and they’re still playing.’

Thelonious’s evolution from bar to cultural centre is particularly important to Carrasco, who described the importance of jazz instruction in the new space. There are instruction studios for music courses, everything from general jazz to big-band music, in the building, in addition to rehearsal spaces for professional musicians. Thelonious provides the classes specifically for amateur musicians who wish to elevate their playing, something that Carrasco hopes will raise the standard of jazz performance in La Paz to a new level. However, he does not underestimate the skill of the musicians Thelonious hosts. ‘You don’t expect this quality of music here, he says. ‘A lot of people think, “Okay, I’ll go,” but after the show’s over, some people are even crying, saying how incredible the performance was.’

I understand this reaction after attending some performances myself. While a group of young musicians perform, the atmosphere is one of raw talent. They clearly relish playing on stage, but they exhibit a sense of shyness that is inevitable considering the importance of the cultural centre to jazz musicians in La Paz. Perhaps the large photograph of Miles Davis staring at the room, his eyes observing the performers with a pensive gaze, is a little intimidating. I also watch Las Vacas Locas, an established Bolivian jazz group with decades of experience. They have a history of performing at Thelonious, so they’re more comfortable displaying their camaraderie in front of an audience. Easy smiles and comments are traded, contrasting with the precise and complex pieces they’re playing, and it’s clear that music is a pure joy for them. 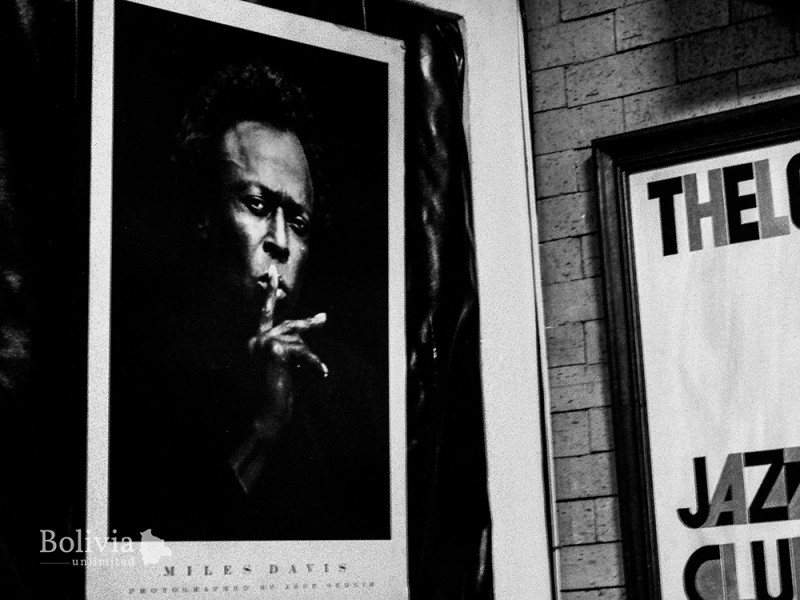 During the breaks, I talk to bassist Christian Bernal, and he relates the more difficult side of performing jazz in Bolivia. ‘The only way that jazz evolves is if we write new music,’ he says. ‘But it’s very hard for people in Bolivia to listen to new, original music.’ Carrasco shares a similar perspective. ‘The audience can’t understand that they must pay to hear music,’ he says. ‘The attitude is “I don’t know the band, I don’t want to pay.” Here it’s, say, five dollars for the cover, so if there are five musicians playing you’re paying one dollar for each. It’s so cheap it’s like they’re playing in the street and, even so, we have protests. The performers need to be big stars to ask for 10 or 15 dollars.’

Despite the struggle for performers and club owners alike, the continued thriving of the Centro Cultural Thelonious demonstrates that there’s a demand for jazz in the city. Carrasco tells of exciting moments in Thelonious’s past, such as when one of Prince’s drummers was in the city and came to the old jazz bar, amazing everyone with his skill. More currently, the cultural centre hosts the annual September Jazz Festival, and Carrasco has talked with excitement about the part he has played in putting on a live production of West Side Story. With a tale not dissimilar to one of a phoenix rising from the flame, it seems that the Centro Cultural Thelonious will continue to be a haven for trainee musicians, journeyman performers, jazz lovers and the occasional jazz maestro in La Paz for many years to come.

The Centro Cultural Thelonious is located at the southern end of Avenida 6 de Agosto; go to @Centroculturalthelonious on facebook.com for more information. 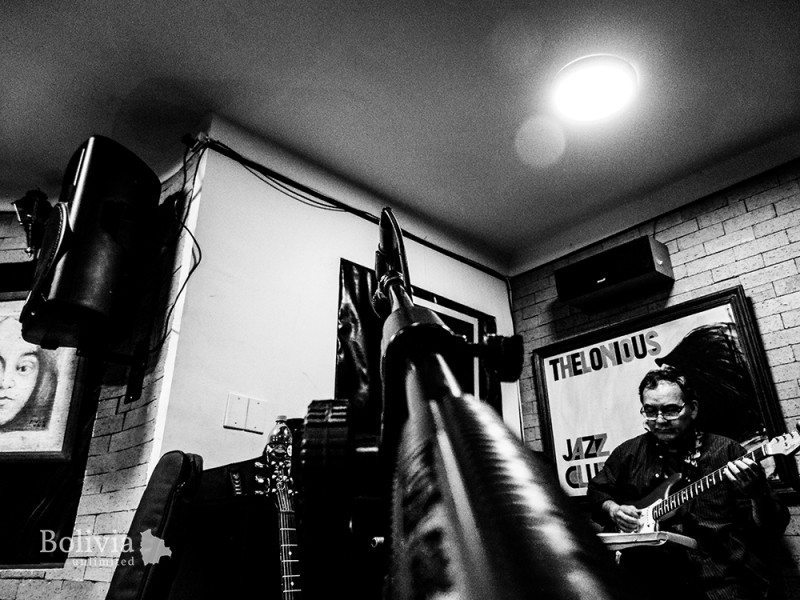