The white spots of the Evo-lucion 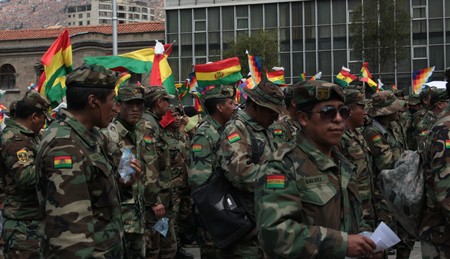 There’s no doubt about it, Evo Morales has changed the face of modern Bolivia. Since his election as the first indigenous president in 2006, the former coca farmer has been hard at work, rewriting and rebuilding the nation.

First, he nationalised Bolivia’s oil and gas reserves, boosting state revenues and laying the foundations for a rudimentary welfare state. Now all citizens enjoy a small pension and mothers receive special benefits to ensure their children go to school.

Next, Morales pushed through a referendum to reshape the constitution, which was accepted by a popular majority in 2009. He declared Bolivia a plurinational and pluricultural state, inscribing it as such in the preamble to the new constitution which takes consideration of the economic, social, juridical, political and cultural diversity of the country’s citizens. The government has since gone on to promote the suma qamaña, or principle of “living well”, a principle premised on respect for mother earth and living in harmony with all living beings.

Further constitutional changes followed. Quotas were introduced determining the division of parliamentary seats, including allocations for Aymaran women, who in the past would normally be selling coca leaves in the markets and are now commonly seen discussing draft bills.
Going forward, all state employees are obliged to learn one of the 36 official indigenous languages. And, in addition to nationalising natural resources, all large land holdings - the ‘latifundios’ - are being banned.

These are drastic measures for a country that has been dominated and exploited by foreign powers ever since its inception. And they have won Morales recognition and popularity, especially amongst the indigenous population of the altiplano (the highlands), who affectionately call him ‘compañero’ (partner) or ‘hermano’ (brother) Evo.

In villages and cities across the country people are hoping for yet another victory for the president in the October elections — it would be the second since the constitutional change. Messages of hope are scrawled in graffiti for all to see: ‘Evo hasta 2020’ – ‘Evo until 2020’.
But for all the changes there are still some areas of the state yet to see the Evo-lucion. In La Paz I recently witnessed men and women marching through the streets towards Plaza Mayor, waving flags and posters, shouting “Evo lo prometía, pero es la misma porquería” (Evo promised it, but it’s still the same mess). Every now and then I could hear the sound of dynamite ripping through the air.

The protesters were all assembled on the plaza, when suddenly about 200 uniformed soldiers marched into the crowd and took centre stage. It was the first time since the attempted coups of the 1980s that soldiers could be seen protesting in the city centre. They were made up of lower ranking ‘suboficiales’ and ‘sargentos’ and the majority were visibly of indigenous descent. Joining them were their mothers, fathers and wives, and several organisations in support of their cause – the ‘decolonization’ of the Bolivian armed forces.

The traditional hierarchy of the military has led to a distribution of power that runs parallel to ethnic categories and as a consequence, higher ranks tend to be held by non-indigenous persons. One soldier I spoke to explained that this disparity was a result of access to higher education being denied to members of the lower ranks – in order to become an officer or general, one needs a certain degree of education – without it promotion is effectively impossible.

In addition he complained about discrimination in the day-to-day life of the barracks. For example, regular soldiers have to get permission from a ranking officer to get married. He said they had tried to bring attention to their situation through legal avenues, but since the government had not responded to any of their complaints, they saw no other way than to take to the streets.
It is clear from the reaction of army commanders to the protesters, how much these soldiers are risking: over 700 of them have been suspended for leaving their barracks to join the campaign.

But it is also a risky situation for Morales’ government. Another victory in the upcoming elections will hardly be possible without the support of the armed forces, a fact the president is clearly aware of. This may be the reason why he is granting big benefits to the armed forces and in particular the high ranking officers (the military is the single largest item within yearly State expenditure). 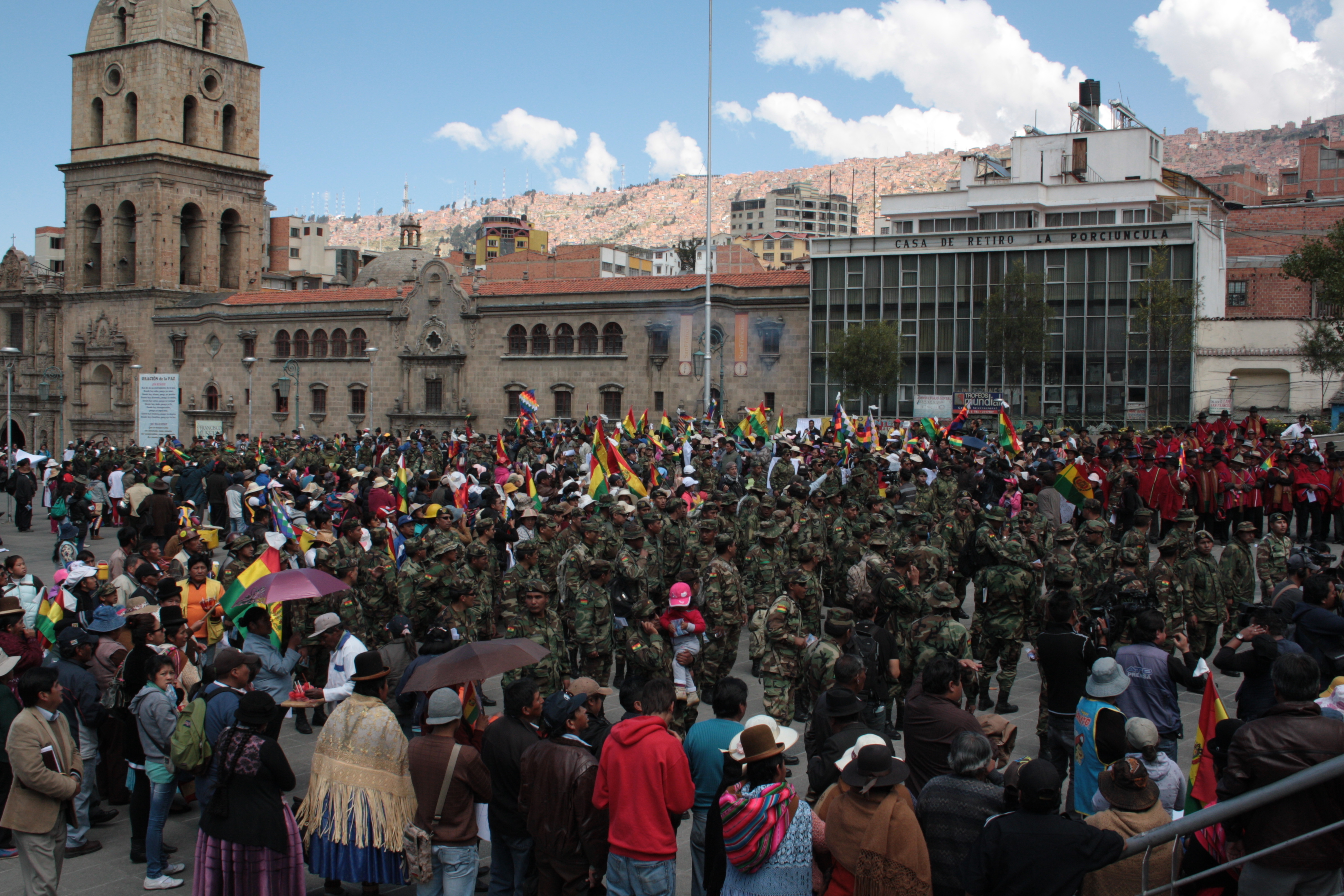 Equally, the civilians protesting at the plaza are not to be ignored, as they represent his original voter base. Neglecting the concerns of those who once helped him to victory is just what the opposition has been waiting for.

There are signs Morales is trying to reach a compromise. The press office of the armed forces have published a statement saying that the suspensions would be annulled if the soldiers report themselves back in their barracks within five. Meanwhile, the government and army command have shown themselves unwilling to negotiate.

Since the writing of this piece first started, a majority of the soldiers have been readmitted to the armed forces. A handful of them who were seen to be spearheading the revolt, however, are being dealt with in military courts behind closed doors. While the future of these soldiers is uncertain, the fate of the rest of the low-ranking officers seems largely unchanged. No significant advances have been announced and the once-prominent protests have been all but swept under the carpet.

However this conflict is finally resolved, it has shown that the ‘proceso de cambio’ (the process of change that started eight years ago) isn't finished by a long shot. Bolivians will continue demanding the ‘evolucion’ to continue – with or without Evo.