THE UPBRINGING OF EVO 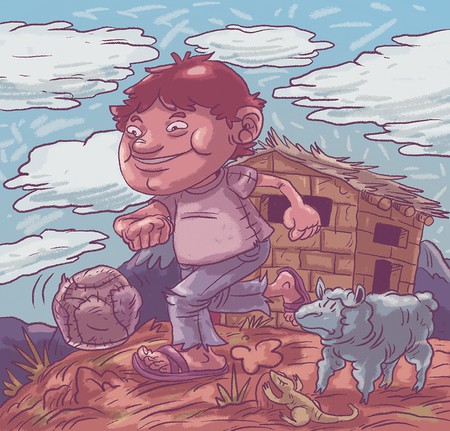 The Travails of Young Morales

On 21 January, Evo Morales was inaugurated as president of Bolivia for the third time at the ancient site of Tiwanaku, near Lake Titicaca, in a ceremony that mirrored Incan tradition. Morales emerged from amongst the pre-Columbian ruins decorated in gold and white cloth. He exhibited a chest of gold, silver and copper on his traditional unku, a robe made of specially woven vicuña wool. The metals, drawing upon cosmic energy, are said to encourage one to think first before talking. Upon Morales’s head sat the traditional ch’uku, a hat with four corners to represent the four cardinal points. It was a significant moment in history, as the ceremony declared Morales the spiritual and political figurehead of all the indigenous peoples of Bolivia. Such a setting was a far cry away from the isolated village of Isallawi, in the Orinoca district, where the Bolivian president was born.

Juan Evo Morales Ayma was born in 1959 into a traditional adobe house constructed of sand, clay and water. Upon the high plains of rural Bolivia, in a poor and bleak area, Morales’s settlement was underprivileged. Few had access to sanitary provisions such as clean toilets and showering facilities, and electricity was nonexistent. As part of a farming family, the young Morales often assisted with planting and harvesting crops—mostly potatoes—and watching over his family’s llamas and sheep. Jimmy Iturri, editor of the Morales biography Mi vida de Orinoca al Palacio Quemado, says that ‘Living in the country affected [Morales] in many ways. There is a different world view, different teachings. The past is ahead and the future is behind.’

An agricultural upbringing meant that throughout his childhood Morales would often make a journey by foot to the Arani province, in Cochabamba, along with his father and his llamas, travelling two weeks in order to exchange salt and potatoes for maize and cocoa. Later, Morales spent six months in northern Argentina, sacrificing an education for two years of work in the sugar cane fields.

Morales’s childhood, like all those inhabiting arid landscapes of Bolivia, was often arduous. Yet amongst his hard work a passion that Morales still pursues to this day was born: football. A homemade ball was never too far from his feet. At the age of fifteen, Morales organised a football team within the community and made himself captain. It was his first experience in leadership.Then after two years he was nominated as the training coach for the entire region. ‘Football was very important to him. It became a fundamental piece of his life. He started being a leader as a football player’, Iturri says.

Morales emerged as a natural leader, but as a teenager he struggled academically. As the future president entered his adolescence, he was expected to work towards academic achievement. Morales moved to Oruro in order to attend high school. A series of manual labour jobs paid for his classes and a place to live; however, although he graduated in 1977, he did poorly academically. Despite this setback, Morales’s ambitious nature later saw him triumph by assuming the mantle of general secretary of the cocalero trade union, a group that campaigned against the imperialist oppression of the United States and stressed the significance of coca as a symbol of cultural identity. All of these experiences helped ready Morales for the position of influence he holds today, regularly addressing thousands of people throughout the country.