THE TALE OF THE MISFORTUNATE FOX AND THE MOUNTAIN 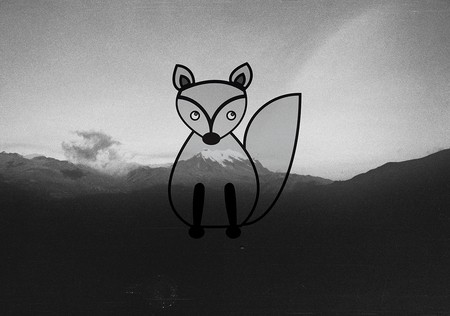 Be true of heart, persevere, and all your dreams shall come true.
Damsels in distress will eventually be saved by rich, attractive gentlemen.
Mother-in-laws are evil by their very nature.

These are some of the timeless morals that were drilled into my brain as a young child through the medium of disneyfied Brothers Grimm fairy tales. Cinderella, Snow White, Rapunzel, Sleeping Beauty. All of these tales deliver some of the same mantras. The only reason they’ve stuck with me is probably because of the countless cultural products that have emerged from them. Disney films have managed to transform originally dark and morbid tales into saccharine creations, catnip for kids. These stories are constantly being respun in the form of American TV series like Once Upon A Time, or BBC productions like Modern Day Fairy Tales. Why has the world become so obsessed with fairy tales written in Europe that stem from European culture?

Bolivia has its own set of folkloric tales that have been passed down to younger generations through the oral tradition of the quechua and aymara indigenous groupings. A separate collection of morals and fantasies inhabit these stories, influencing and enchanting children from a young age. Despite the fact that the vast majority of Bolivian children today do not know many traditional tales in detail, they are well versed in the globalised Disney versions of Cenicienta and Blanca Nieves. This is not to say, however, that folkloric tales have simply disappeared, they still exist in the collective imagination. When the TV turns off, these tales are the root of popular superstition, they watch over children as they go to sleep, at times invading their nightmares or taking shape as irrational fears.

Some writers in Bolivia have attempted to harness these stories and put them on the page, if only to reignite the magic of Bolivian tales. According to Víctor Montoya, a specialist in Latin American literature for children, Antonio Paredes is a key example of a Bolivian writer who has tried 'to rescue the themes and characters of the oral tradition from the void of the forgotten.' I found some of Paredes´ work and chose two of the tales he has published. Perhaps together, these traditional Bolivian stories could make a good script for an American or British box office hit. Or maybe not. Who knows? You can be the judge of that.

I’ve merged 'el Zorro Bailarín' and 'el Zorro y el Cóndor' for this fairy tale experiment, mainly just to see what would happen. The first part of the plot is in the voice of Paredes. Then it becomes my version of a Disney film, and then I put on the eerie hat of British movie director Tim Burton, who redid Alice in Wonderland.

What follows is my westernised Bolivian folklore tale concoction:

The Tale of the Misfortunate Fox and the Mountain

Once upon a time, there was a Fox who loved to dance. He could only indulge his passion, however, when sheltered by the shadows of the night. It was then he could dress up as a man and go unnoticed at the parties of the local town, wooing the wenches and spinning circles around the knaves.

One night, the Fox in disguise found himself particularly entranced by a pretty young lass who spun him around and around in circles until he lost track of time and reason. Caught up in the enchantment of the charming girl in the blue dress, he followed her and her friends to a late night party, but before long, the sun was rising.

In the light of dawn, his true fur became evident. His tail sprung out from the disguise and the girls recoiled in horror.

The Fox ran from the party, humiliated, his tail between his legs.

To the sound of epic music, the Fox bursts into a melancholic but wistful song as he runs away from the party. The melody dips and rises as the lyrics narrate his frustration. He is an animal, not a man; he is devastated because he’s lost sight of the pretty girl.

“I have often dreamed of a far off place,
where the girls have tails, and they´re waiting for me…”

He skulks and runs past other human towns, seeing backs of heads and swirling skirts that remind him of his lost love. As the Fox rushes further and further from civilisation, the song peaks until he slumps at the foot of Illimani and looks out at the world he can never be a part of.

A Condor appears, announced by hum of eerie panpipes, and sees the Fox down below at the foot of the mountain. Gracefully, he descends to the ground and asks him:

'The woman I love will never accept me,’ the Fox says. ‘She is human and looks down upon me as a savage and untrustworthy animal.'

Condor: Why, we must prove her wrong, I know just the way. You see the peak of the great Illimani in the heavens? Let us embark upon a journey to the summit of the mountain. That way no living being, man or beast, will doubt your power or dignity.'

The Fox looks up at the dark steep slope: black ice, unwelcoming rocks and a creeping cloud of mist. He remembers dancing with his woman. The memory pops up in a cloud and the two appear like ballerina-figures found in a jewellery set, trapped and turning mechanically to shrill, shaking music. It is only then that the Fox and the Condor begin the ascent.

The Condor hovers over the mountain as the Fox climbs rock and ice, seeking to prove his worth through the struggle. The ice bites down and the mountain seems to cackle as the Fox realizes he can no longer feel, touch or see the tail he had cursed at the party.

´We will reunite at the summit!´, the Condor shouts down to his comrade, but the Fox's body is slowly conquered by ice. His loneliness, his temperature, his life source dwindles.

When the bird lands on the peak of Illimani, he looks down to see his friend and finds only a faint dot on the ice with a Fox-like flicker. One hundred metres or so from the summit, lies the icicle that once was the Misfortunate Fox.

The Condor swoops down. He gets a hold on his friend with his talons and tries to whisk him up to the top, but the grip loosens. The Ice-Fox falls, smashing into 1000 pieces.

Morals of the story:

Do not stay out dancing till sunrise.
Do not try and be something you are not.
Do not attempt challenges you were not built for.

Make what you want of this oddball adaptation, and feel free to learn a thing or two from the morals it outlines... There are thousands of Bolivian folkloric tales waiting to be reworked or experimented with: lively characters, twisted endings, bawdy plot lines and Andean magic. What are you waiting for?